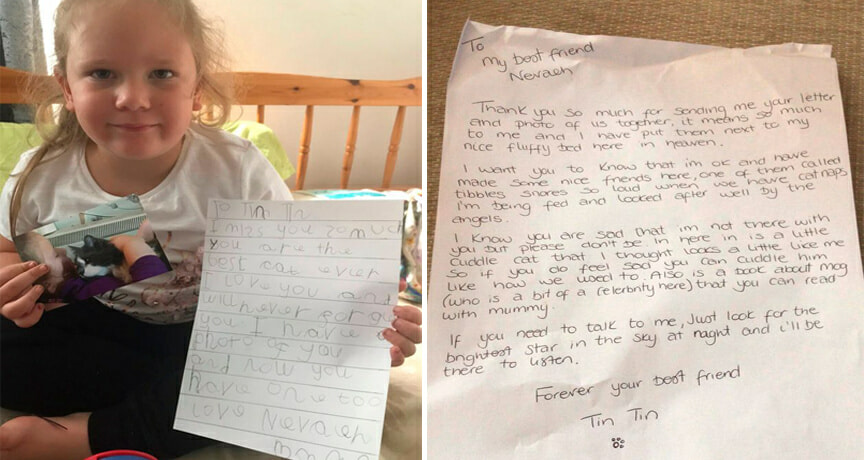 This is so heartwarming!

After her cat best friend left her, Nevaeh was shattered and worried that Tin Tin would be alone. She wrote a letter to Tin Tin with “the brightest star in the clouds, heaven” as the address, to make sure Tin Tin is doing fine up there.

“I miss you so much, you are the best cat ever, I love you and I will never forget you,” wrote Nevaeh’s letter. She also included a photo of them together for Tin Tin to keep. “I have a photo of you and now you have one too, love, Nevaeh.” 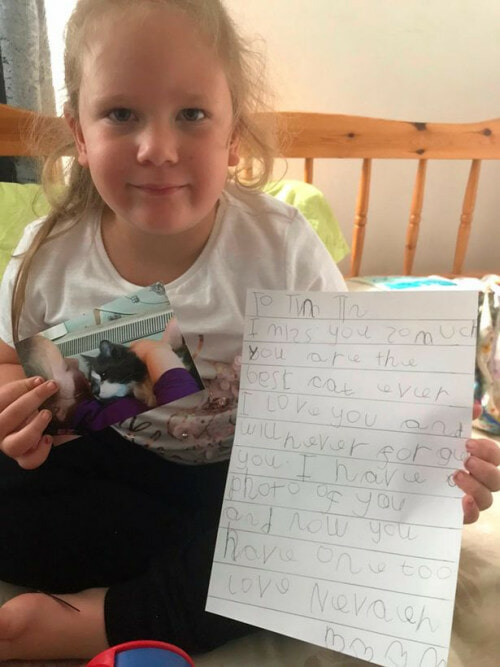 According to Mirror, Nevaeh was struggling to sleep after Tin Tin’s death due to heart failure. She decided to have a proper farewell for Tin Tin, even though her mother told her that heaven might be too far away to send a letter.

Nevaeh insisted and they dropped the letter in a postbox.

Surprisingly, they received a parcel in the post a week later after a postperson at the Royal Mail, the British postal service company, spotted the letter and decided to write back.

“I want you to know that I’m OK and have made some nice friends here,” the letter wrote. 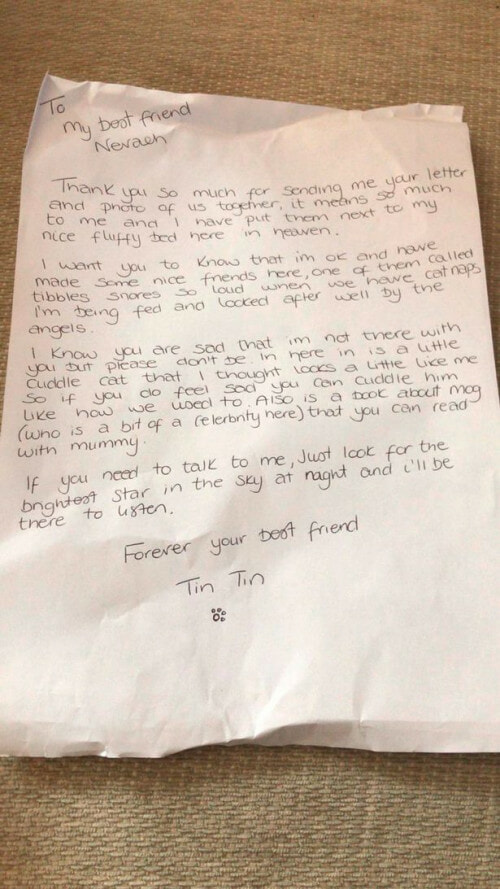 “I know you are sad that I’m not there with you but please don’t be. In here is a little cuddle cat that I thought looks a little like me. So if you do feel sad you can cuddle him like how we used to,” she received a small plushie and a book along with the letter.

Nevaeh’s mother said that they were not expecting any response, and was astonished when they received the parcel.

“Getting a response was the last thing we expected, and I’m just so thankful to the Royal Mail and the postman for writing that letter and sending it to us – and of course for the toys too,” Nevaeh’s mother expressed her gratitude to the postperson. She spoke to the postperson’s wife, turns out the family has cats as well. Thus, they could understand Nevaeh’s feelings completely. 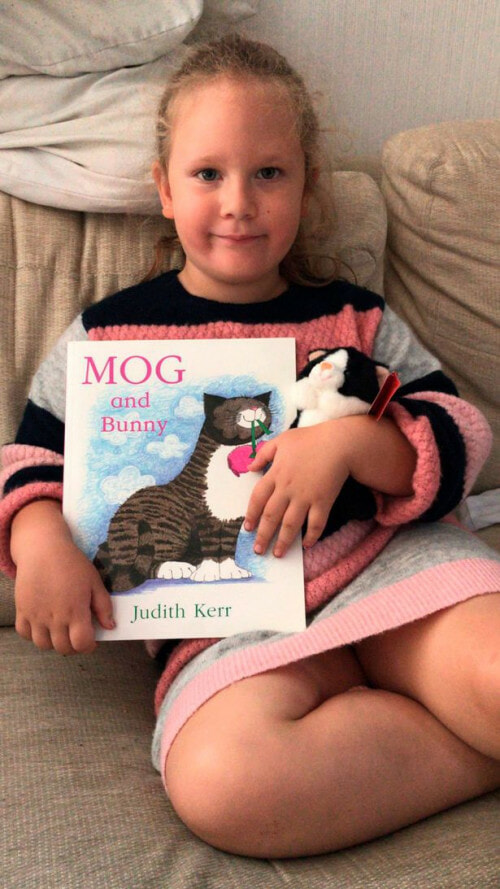 Nevaeh is starting to get over the loss and is a bit happier, her sleeping is also getting back to normal after knowing that Tin Tin is doing alright.

Kudos to the postperson for the kind-hearted gesture. Kindness is a gift everyone can afford to give.

Also Read: Cat In Japan That ‘Attends’ University Classes Just To Sleep Is Actually Us In Reality 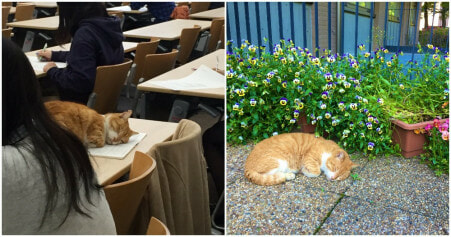