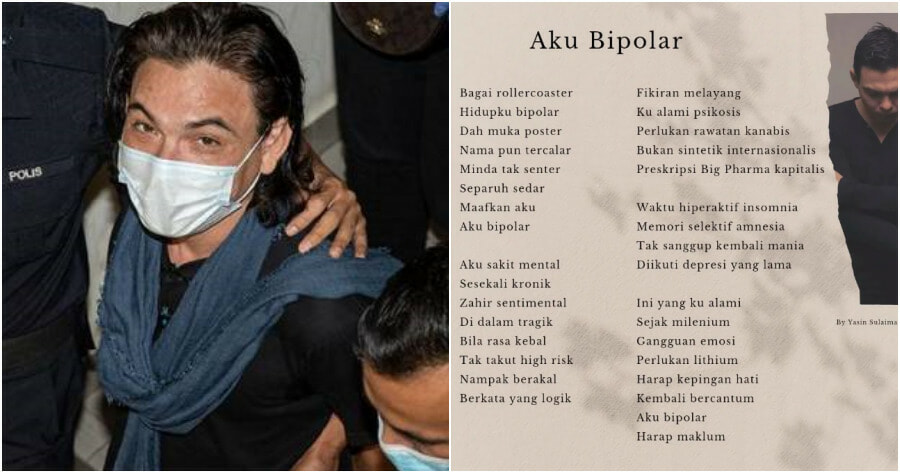 Earlier this year, local singer Yasin Sulaiman was arrested at his home in Kota Damansara after being charged with distributing cannabis.

Over the months, people have not only debated the necessity for medical marijuana, but also the mental illness that Yasin is suffering from, as well as the need to receive treatment for his Bipolar Disorder. On Sunday (July 24), through an Instagram post, it was revealed that the singer has written a song behind bars about his Bipolar Disorder, which is known as ‘Aku Bipolar’ (I’m Bipolar).

‘Like a roller coaster, I’m living (a life) with Bipolar,’ the lyrics started. 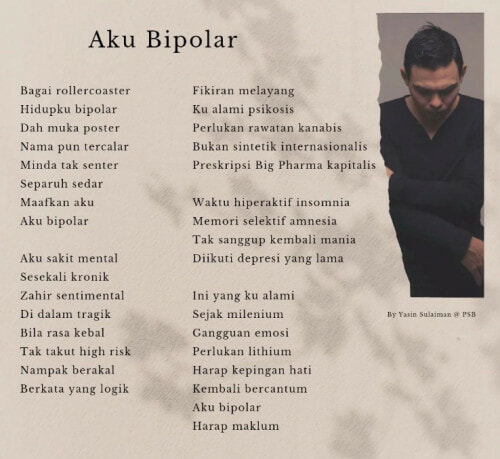 The full lyrics posted on his Instagram account generally describe his battle with mental illness while sitting behind bars. A few weeks back, Yasin escaped the death sentence and he is currently undergoing his prison time in the Sungai Buloh prison. The lyric on his Instagram post is believed to have been uploaded by his family members.

A part of his lyric also highlights his need to be treated with medical marijuana.

‘I’m having a psychosis, I need marijuana treatment, not ‘internationalis’ synthetics, the prescription of Big Pharma capitalists.’ 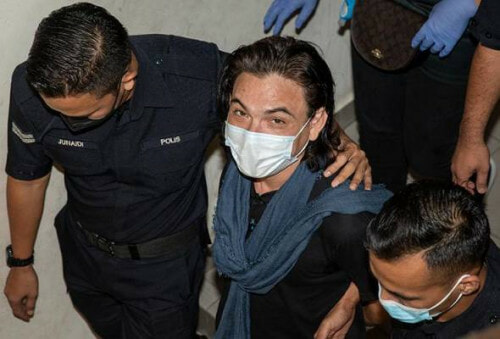 At the end of the lyric, Yasin once again puts an emphasis on his mental disorder by saying ‘I’m Bipolar, please take note of that.’

Based on the comment sections, Malaysians have taken the opportunity to show solidarity while a number of Bipolar patients also expressed their understanding and sent virtual support. 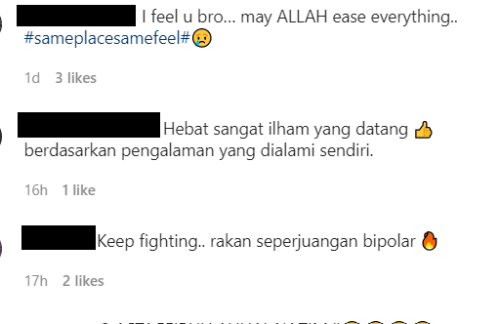 ‘That’s a great inspiration, which is based on your very own experience.’ 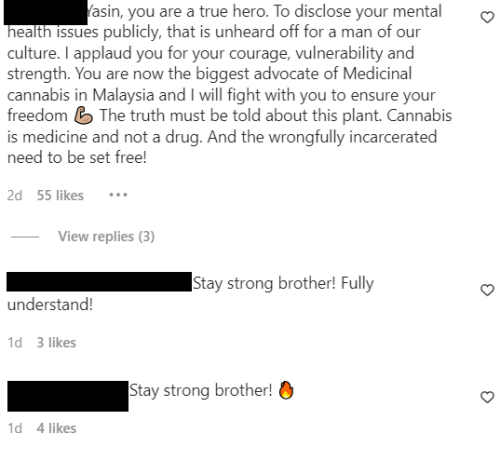 We live in an era of mental illness without a safe haven for those afflicted. While Yasin is serving his sentence for his crimes, do you think ‘Aku Bipolar’ will send a strong message to the people suffering from mental illness in silence? 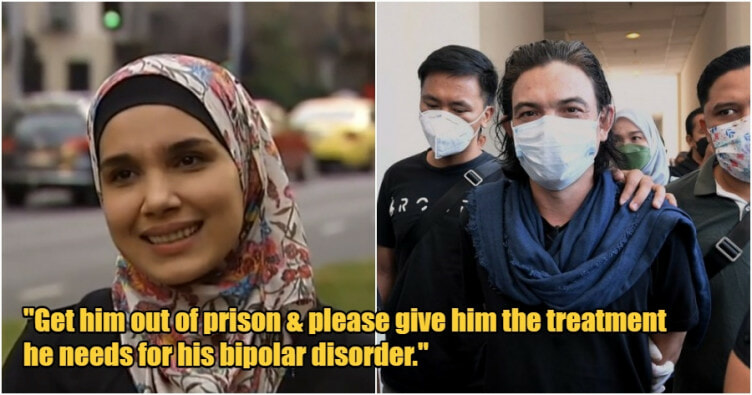