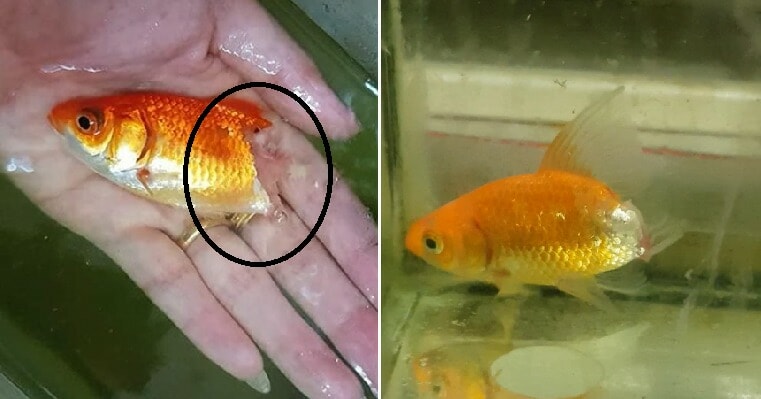 This is so cute!

For most of us, if you have a goldfish that has fallen sick, you would probably let it die and get another new one instead of trying to nurse it back to health. For this Thai netizen, Kanya Tantiwiwatkul, she believed that her goldfish should have a fighting chance when it got ill and did her best to save the little creature.

In a Facebook post that has gone viral, she explained how her determination saved her little goldfish whose body suddenly started rotting away and seemed to be on the verge of dying. Kanya said she noticed her goldfish’s tail was rotting away until the bone started to show six months ago.

She brought her pet to the fish store to ask for advice but the shop owner told her that it was useless to save the goldfish and advised her to throw it away.

For many people, you’d think pet fishes hold less emotional value when compared to cats and dogs, and that they are easily replaceable. But not for Kanya!

Frustrated with this advice but determined to save her fish, she bought medicine for the goldfish and tried her best to save her pet. 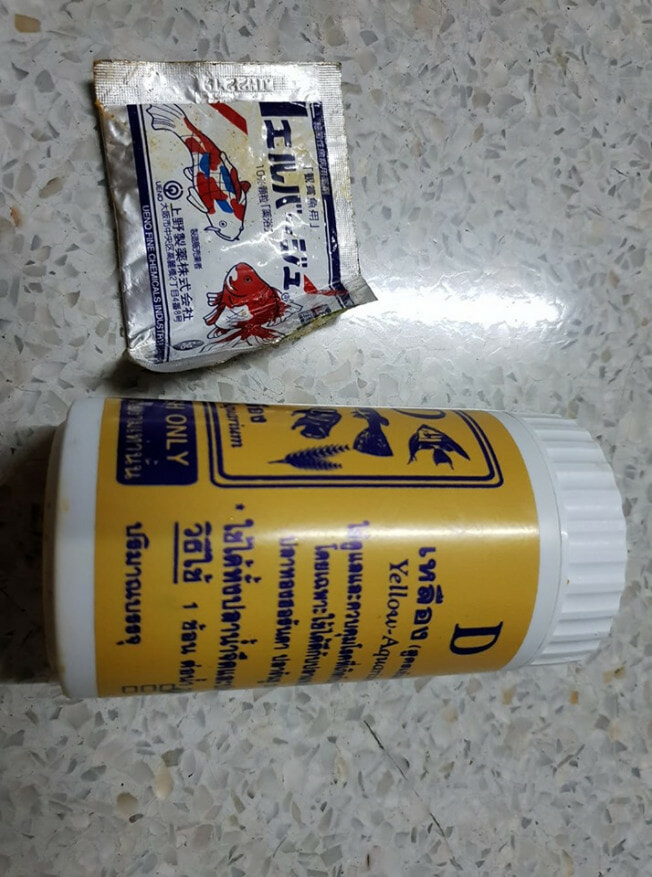 In those six months, she cared for her fish and gave it medicine every day. She would change the water often to help her fish get better and sure enough, her efforts paid off. Slowly but surely, the rotten wounds were gone and the fish started to grow more healthy flesh.

Kanya’s goldfish started to regrow its tail as well and could finally swim well on its own.

“Although your (the fish) tail is not perfect, it is very strong and can swim well. You are very cute and strong, very determined to survive. I believe with a little more care you will only get better.” 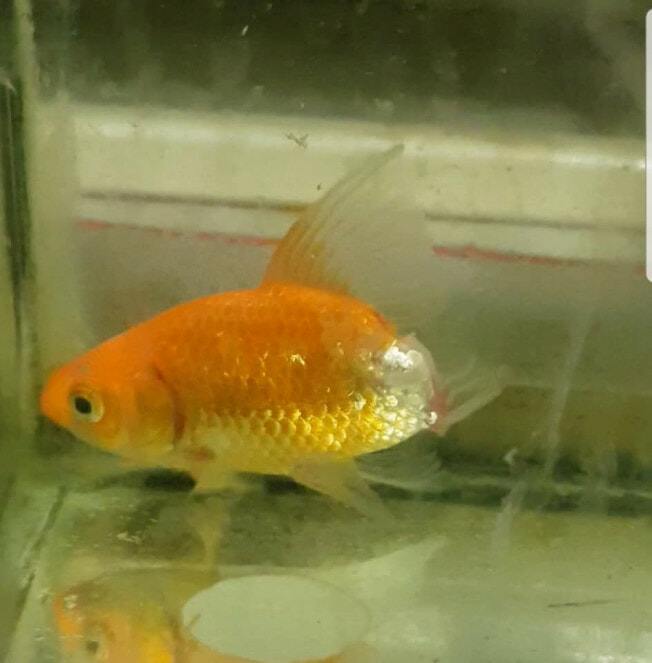 She added that her goldfish was a great example of determination and encouraged everyone to be like her pet and not give up when there were obstacles but to keep fighting. Her post touched many netizens’ heart due to her effort to save this little life and praised the fish for its fighting spirit as well.

A Thai vet explained that the goldfish might have gotten an infection from the water when it had wounds which ate away at its flesh, Today Line reported. The fish was lucky to survive as its intestines and vital organs remained intact. After the infection was cured, its flesh grew back.

That was an inspiring story! We hope the goldfish makes a full recovery!

Also read: Fish Stuck in Clear Plastic Bag Could Not Swim & Struggled To Get Free, Saved By Diver 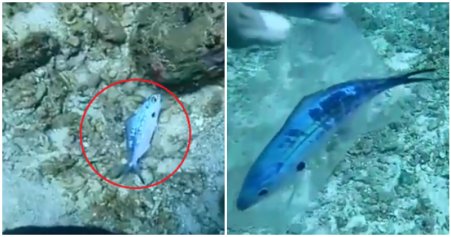