“That best portion of a man’s life, his little, nameless, unremembered acts of kindness and love”. This quote by William Wordsworth rings true in this instance but one thing is for certain, Firdaus Fitri’s act of kindness shall not be forgotten any time soon!

Recently, an act of kindness and faith in his fellow Malaysian by a local cashier has gone viral on Facebook. The post, which was shared by Roslan Hassan has now garnered more than 8.2k shares and 53k likes, and details how he was queuing alone to buy lunch for his family at an A&W restaurant in Ayer Keroh’s R&R stop but did not have any cash on him, but just his debit card. 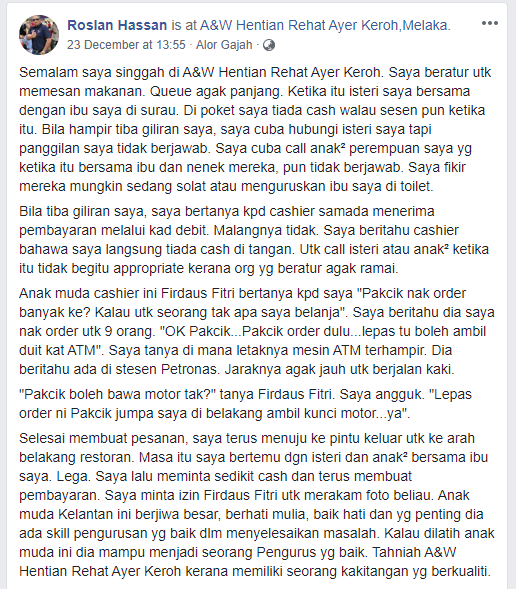 At the time, his family was not with him as they were at the R&R’s surau to pray and when it was his turn to order, Roslan asked whether he could use his debit card for payment but unfortunately, the restaurant only accepted cash. He tried calling his family so that they could come and help him with the payment but they didn’t pick up. Since the queue was quite long, Roslan would have had to resort to queuing again, but then an unexpected thing happened.

After notifying the cashier taking his order that he had zero cash in hand right now, he asked Roslan this:

“Uncle, are you ordering for a few people? If you’re ordering food for yourself, don’t worry! Just order anything, it’s my treat.” 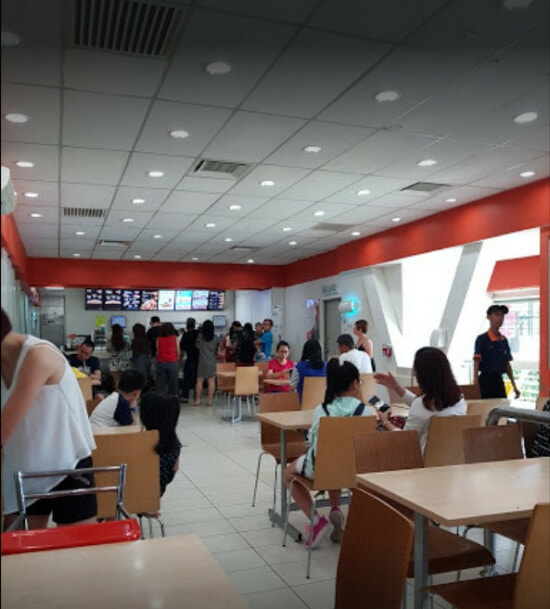 Pleasantly surprised by the cashier’s offer, Roslan had to decline as he was ordering for his whole family – which added up to 9 people total. However, the cashier was still eager to assist Roslan and further offered to let him order the food first and pay later.

“It’s okay uncle. Just order first and pay later. There’s an ATM nearby which you can withdraw money.”

Impressed by the cashier’s resolution, Roslan asked where the ATM was located. The cashier answered that it was located in a nearby Petronas station, which was quite near by car but could be a bit taxing if one were to walk there. Here is where the cashier surprised him again by his willingness to help and trust strangers.

“Uncle, do you know how to ride a motorcycle? If you can ride, meet me at the back of the restaurant after ordering and I’ll lend you my motorcycle to go there.”

After Roslan finished ordering, he went to meet with the cashier at the back but on the way there, he bumped into his family who were on their way to A&W to meet him. Relieved, Roslan asked for some cash from his family and straightaway made the payment. Impressed by the act of kindness of the cashier, Roslan asked for his name and permission to take a picture of him. 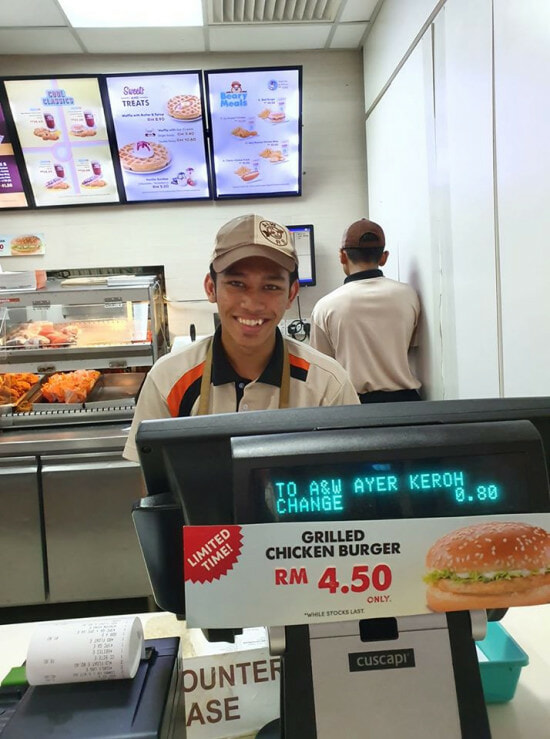 The kind Malaysian’s name is Firdaus Fitri and Roslan definitely has high regard for him as can be seen with what he said at the end of the post:

Faith in humanity restored! What do you think of the act of kindness by Firdaus Fitri here? Have you’ve been in a similar situation as Roslan before? Share your thoughts and stories with us in the comments section!

Also read: 5yo M’sian Boy Gets Left Behind by Parents, Gas Station Worker Kindly Buys Candy to Cheer Him Up 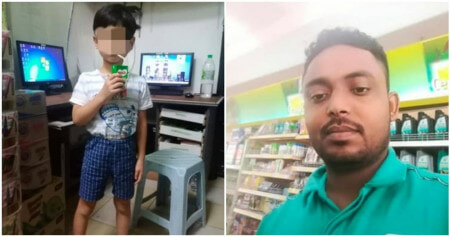