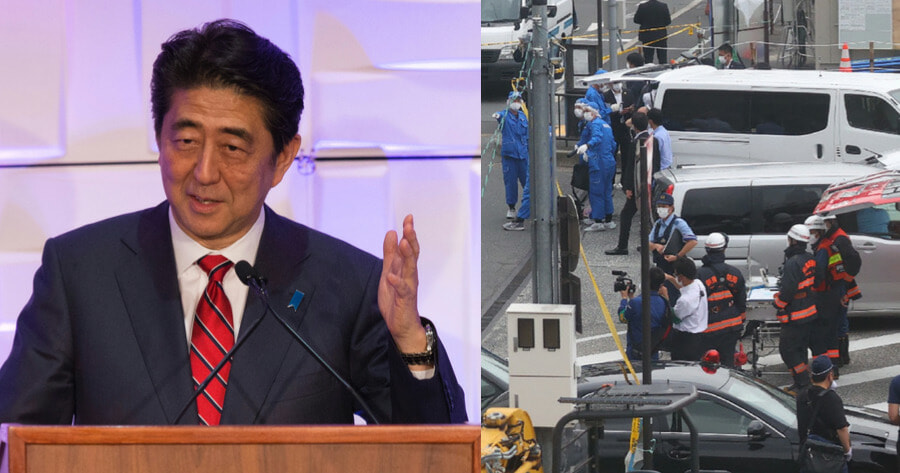 Japan’s former prime minister Shinzo Abe was shot at a campaign event on Friday, a government spokesman said, as local media reported the ex-leader was showing no vital signs.

“Former prime minister Abe was shot at around 11:30 am,” in the country’s western region of Nara, chief cabinet secretary Hirokazu Matsuno told reporters.

“One man, believed to be the shooter, has been taken into custody. The condition of former prime minister Abe is currently unknown.” 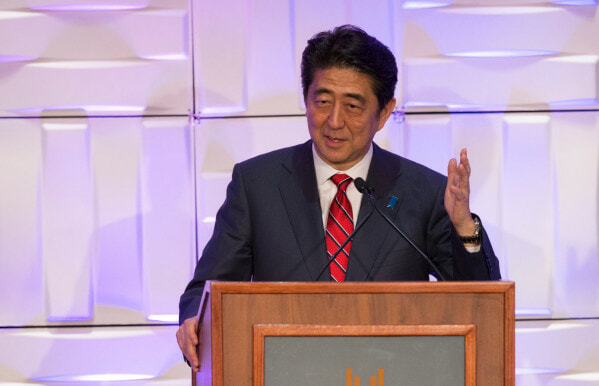 Los angeles, ca – may 01: japan’s prime minister shinzo abe speaks during a luncheon on may 1, 2015 in los angeles, california.. Abe is on tour to the united states, until may 3. Mario anzuoni-pool/getty images/afp (photo by pool / getty images north america / getty images via afp)

Local media including national broadcaster NHK and the Kyodo news agency said the former prime minister appeared to be in “cardiorespiratory arrest”, a term often used in Japan before a feared death can be officially confirmed by a coroner.

The attack on a man who may be Japan’s best-known politician comes despite the country’s famously low levels of violent crime and tough gun laws.

Abe had been delivering a stump speech at an event ahead of Sunday’s upper house elections, with security present, but spectators were able to approach him fairly easily. 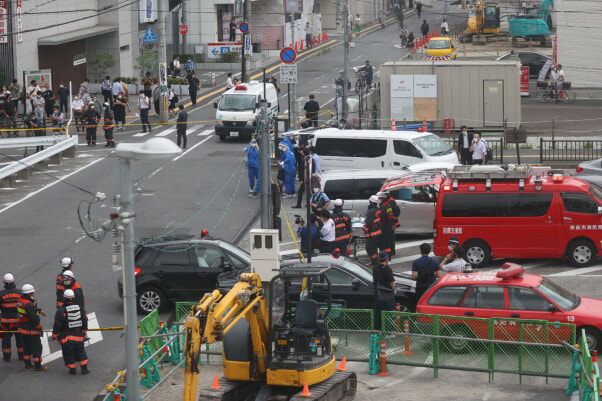 A general view shows workers at the scene after an attack on japan’s former prime minister shinzo abe at kintetsu yamato-saidaiji station square in nara on july 8, 2022. – former japanese prime minister shinzo abe was attacked and left bleeding at a campaign event in the nara region on july 8, local media reported. (photo by str / jiji press / afp) / japan out / japan out

Footage broadcast by NHK shows him standing on a stage when a loud blast is heard and smoke is visible in the air. A man is then seen being tackled to the ground by security.

“The first shot sounded like a toy. He didn’t fall and there was a large bang. The second shot was more visible, you could see the spark and smoke,” a young woman at the scene told NHK.

“After the second shot, people surrounded him and gave him a cardiac massage.” Abe, 67, collapsed and was bleeding from the neck, a source from his ruling Liberal Democratic Party told the Jiji news agency.

Also read: Wanted Man Shot Dead In Kuching After He Tried To Escape From Police 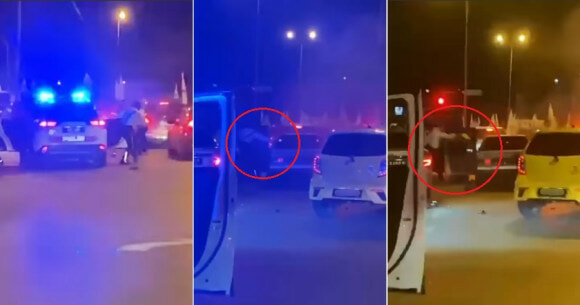