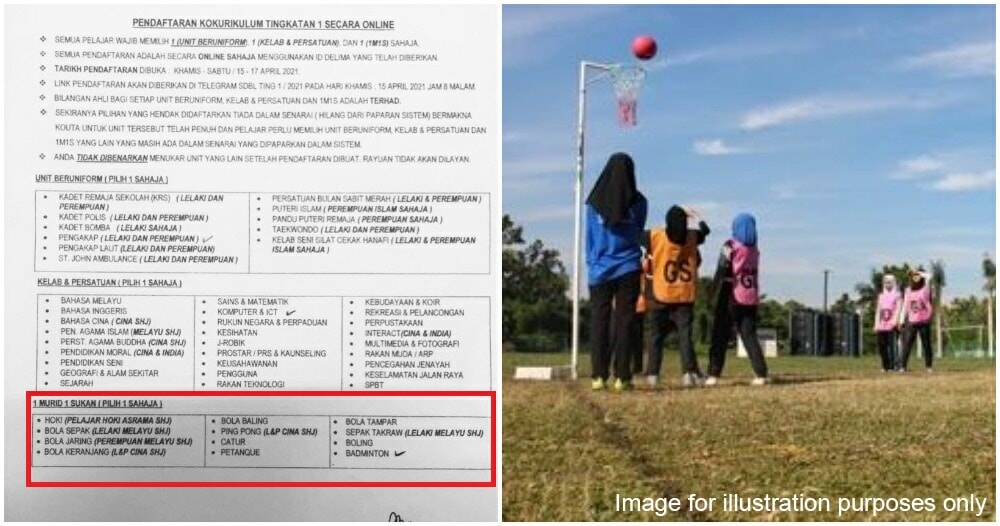 A few days ago, a registration notice from a school in Batu Pahat, Johor went viral after attempting to segregate students based on the type of sports they play. In the notice, it was mentioned that football was only reserved for Malay male students, netball for Malay female students and basketball for Chinese male students.

Unsurprisingly, Malaysians called for the Education Ministry to take action against the school as notices like these are what promote racial segregation among the younger generations. 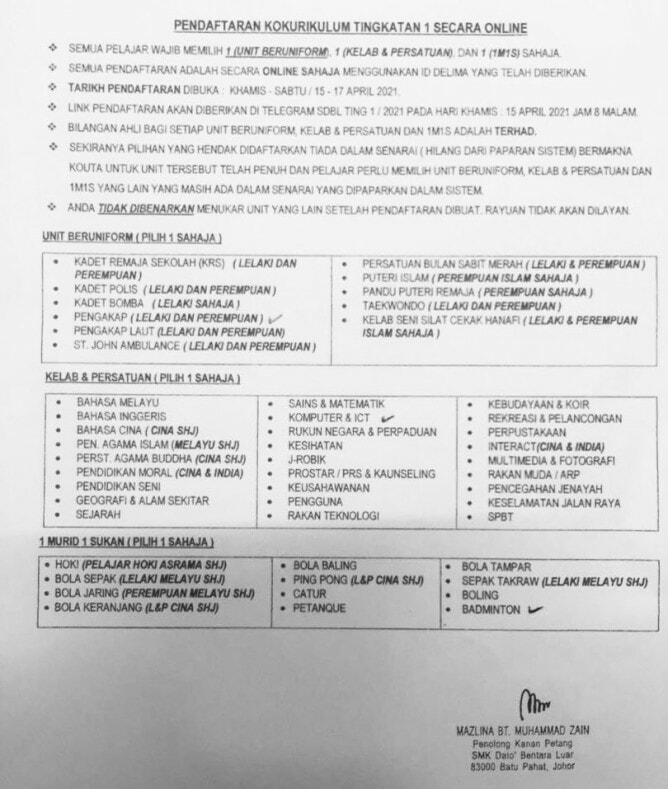 Well, the school administration of Sekolah Menengah Kebangsaan (SMK) Dato Bentara Luar, Batu Pahat, Johor heard Malaysians’ anger and issued an apology for segregating co-curricular activities based on race and gender of the students. The school principal, Abdul Razak Hamid, admitted to overlooking the issue of racism in the registration information and participation in co-curricular activities distributed to the Form 1 students, reported Harian Metro.

He added that the mistake was unintentional and occurred due to the lack of screening and attention given to the form before it was distributed.

“We had no intention to touch on any racial issues as the school upholds the Education Ministry’s policies and instructions.” 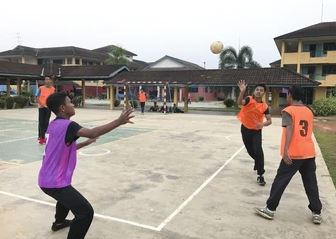 Following public backlash, the school has already made improvements and withdrew the previous form. The error was made known to all of the Form 1 students’ parents via a Telegram group. Subsequently, a new form has also been distributed to the students. This time, there seems to be no restriction as to the race and gender of the students. 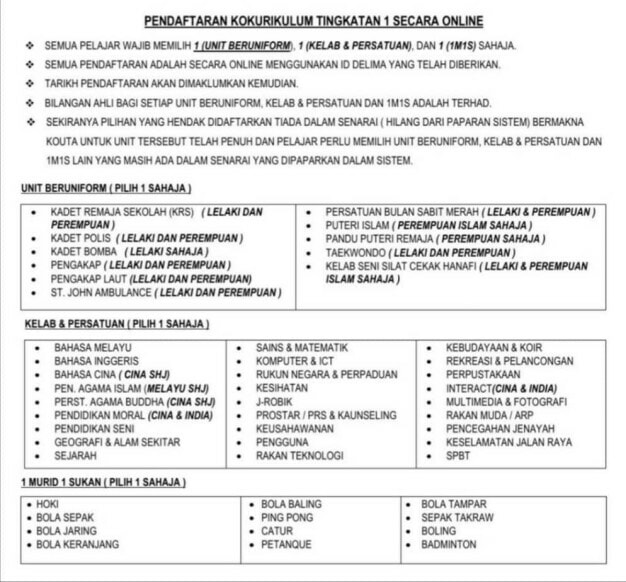 The principal reassured that students are now welcomed to choose any sporting activities they prefer but it will still be subjected to the number of club members which are arranged by the school so that the involvement of students in all sports clubs are balanced with regard to number, race and gender.

Besides netizens, Senior Minister (Education), Datuk Dr Radzi Jidin also expressed his shock over the matter and clarified that the implementation is against the basis of sports programmes in schools.

Is the apology enough? Let us know what you think about this issue! 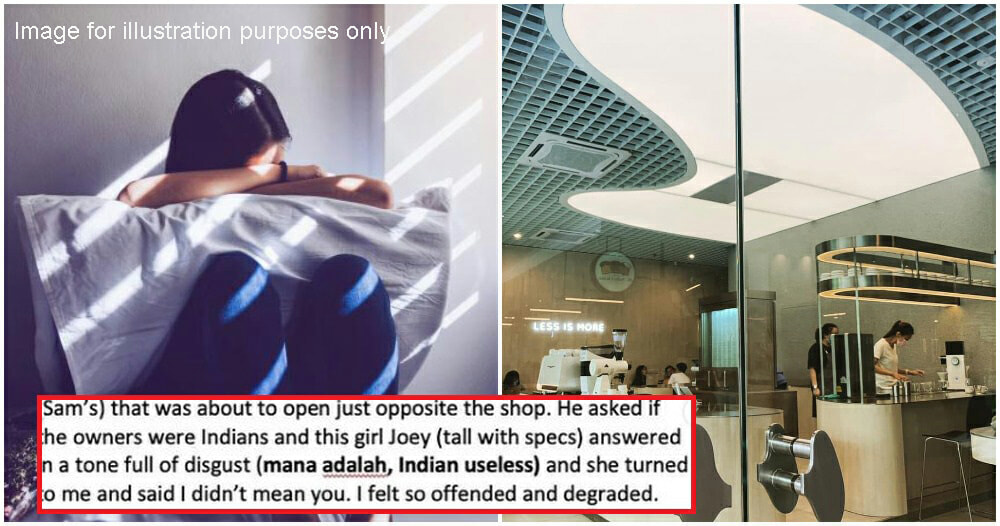