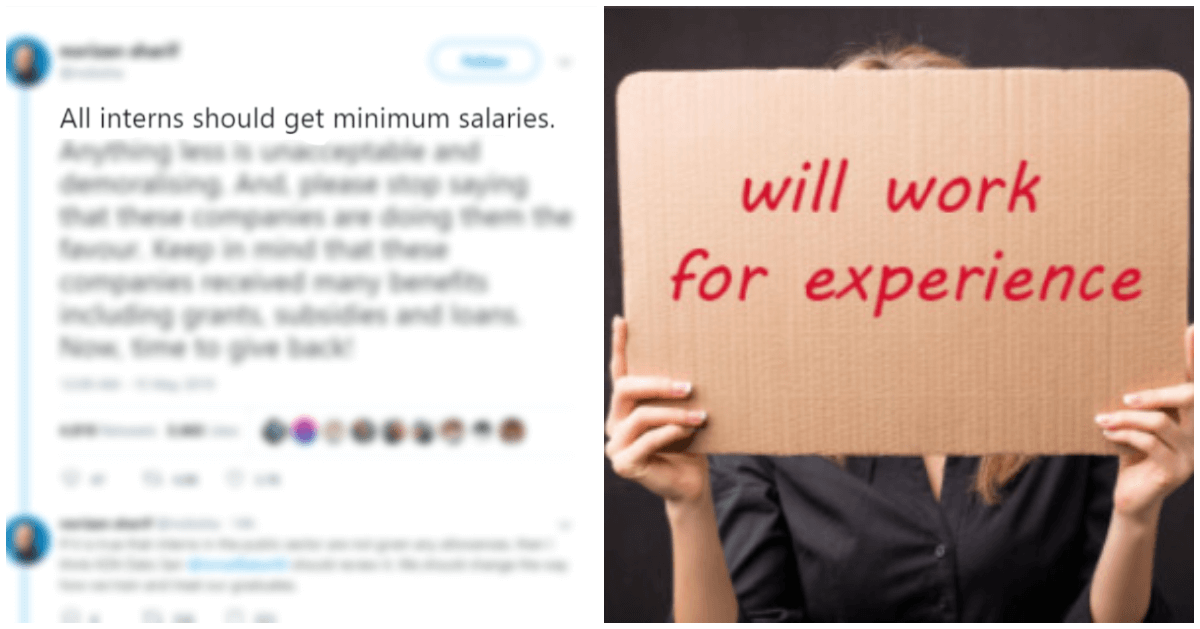 In Malaysia, an internship is mandatory in most university courses while companies looking to hire require you to have a certain amount of working experience. Spending three months cutting your teeth in your chosen profession while adding to your resume sounds like a win-win situation for all, right?

Twitter user Norizan Sharif (@nobisha) pointed out that interns should at least receive a minimum salary for the work that they do. In a now viral Twitter posting, he explained that companies that can’t pay their interns or provide the right training should not participate in internship programs and tagged Education Minister Maszlee Malik and Ismail Haji Bakar, the government’s Chief Secretary, in order to call more awareness to the point he was making.

All interns should get minimum salaries. Anything less is unacceptable and demoralising. And, please stop saying that these companies are doing them the favour. Keep in mind that these companies received many benefits including grants, subsidies and loans. Now, time to give back!

Many were quick to jump on the bandwagon, sharing their experiences as struggling students back then as they were unable to pay for their daily expenses while completing their internships. Others even pointed out that certain internship programs require interns to pay instead.

Not everyone agrees with the notion however, with some opining that interns do not deserve a proper payment scheme.

Nonetheless, internships not only require effort but also additional expenses for things like travelling to and from work, parking, and food. A small percentage of interns will be lucky enough to join a company that will provide actual work that relates to their course, though not everyone will be so lucky as most end up as a ‘coolie’ – or even worse, a ‘coolie’ that doesn’t get paid.

A ‘coolie’ or ‘kuli’ is someone who does stuff that no one else wants to do, like run errands, printing and laminating documents, rearranging files, cleaning out cabinets or even fetching coffee. And no one can gain any experience or self-confidence like that.

We think interns should be paid their fair wages. What do you think? Let us know in the comments below. 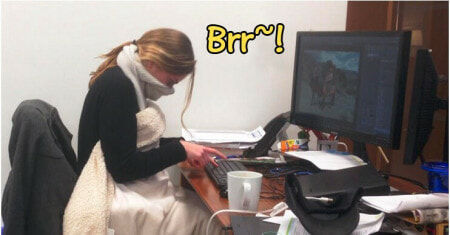