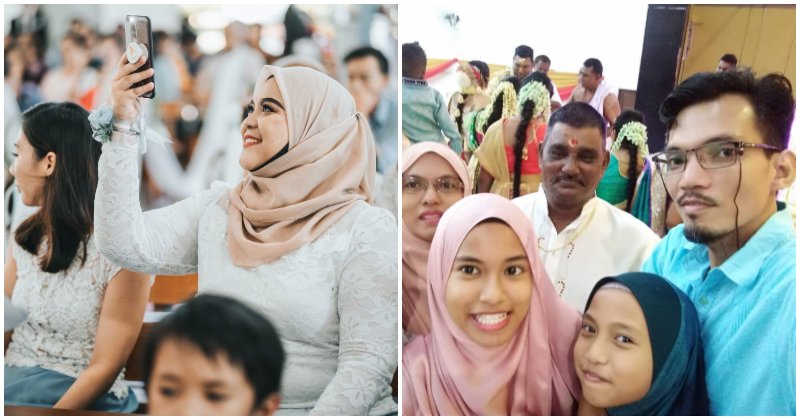 East Malaysia has always been known for the extraordinary harmony that exists between adherents of the multiple faiths that make up Malaysian society, and Sabah has once again proved that they’re ahead of the pack when it comes to getting racial harmony right.

Sabahan netizens have been sharing their experiences of attending the weddings of different faiths and cultures in a now viral tweet by Miss Shaharzad (@shaharzad), who shared Nelson Michael Jr’s (@NelsonmichaelJr) tweet showcasing a Muslim bridesmaid attending her friend’s wedding mass in a church.

Miss Shaharzad took the opportunity to share her experience of attending her friend’s Chinese wedding as well, pointing out that the bridal party decided to serve only Halal food throughout the entire marriage ceremony (at the wedding hall, at the registration ceremony & at the bride’s home) even though she was the only Malay in attendance.

Triggered by the show of love and support, netizens took to the thread, sharing their pictures taken at weddings attended by a multitude of races, all coming together to celebrate a joyous occasion as one. 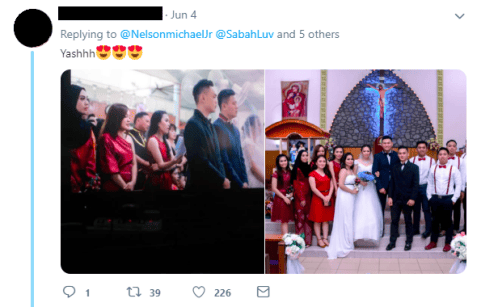 Many who had invited Muslims to attend their non-Muslim weddings also pointed out that their Muslim friends are strong and loyal towards their faith, standing unshaken while attending a wedding mass in a church.

Another netizen explained that while they received weird looks from strangers for being the only Malay family to attend an Indian wedding, they enjoyed the occasion as the host that invited them was very welcoming. 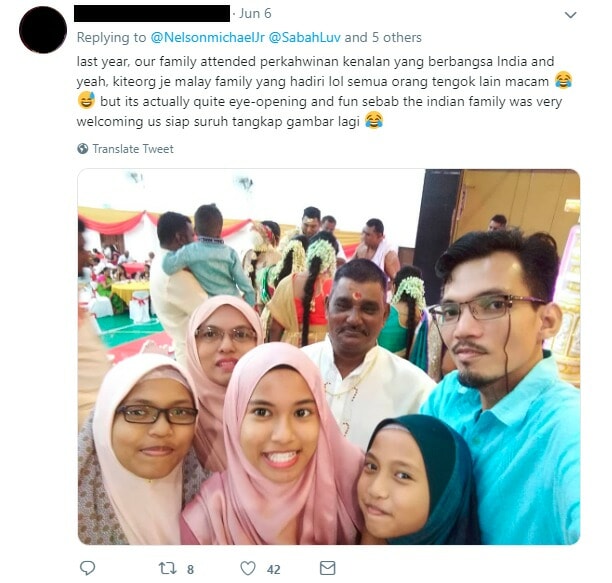 Doesn’t it seem like we’re back to the good ol’ days when we just lived and celebrated life together? 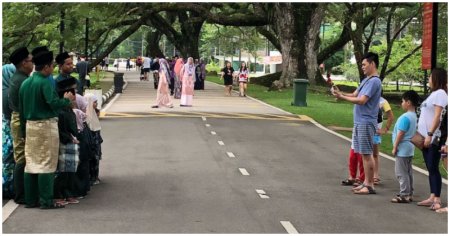