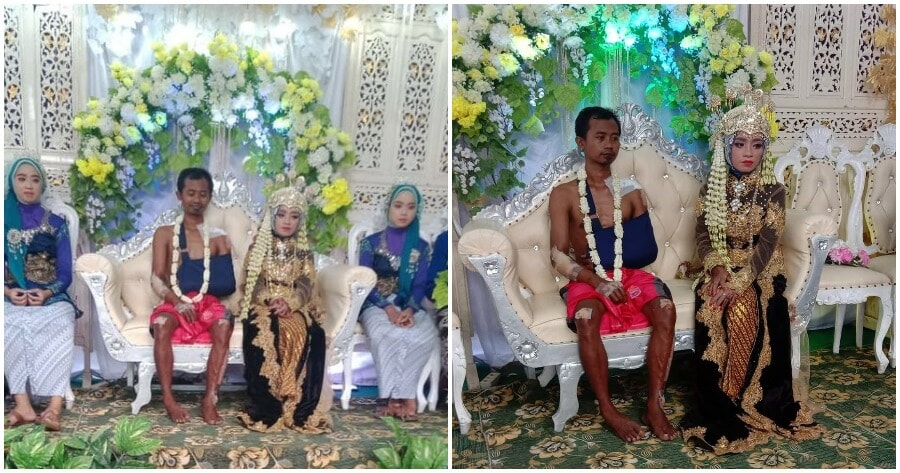 We’ve all had our own plans to dress up and go all out on our wedding day. And even if you prefer something a little more minimalistic, you definitely wouldn’t imagine yourself attending the most important day of your life with just a pair of shorts. Would you?

Recently, a photo of a young couple from the East Java region of Indonesia went viral on Twitter, showcasing the groom shirtless and clad in nothing but a pair of shorts. The poor man even had an arm sling on with a couple of bandages plastered on his knees. The bride, however, looked lovely in her traditional Javanese wedding attire.

The tweet circulated online after being uploaded by a Twitter user @br0wski. Many netizens were perplexed as to how and why the groom was dressed in such a manner. According to Kompas.com, the groom was involved in an accident where he fell off his motorcycle and injured himself four days prior to the wedding. 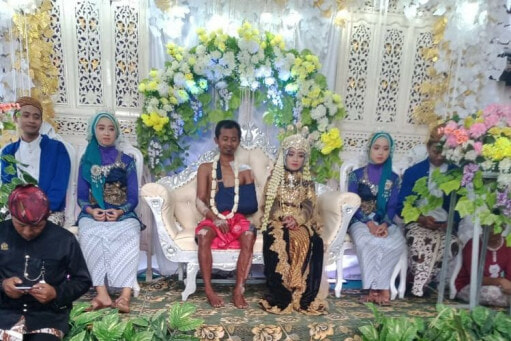 Elinda Dwi Kristiani, the bride said that Suprapto (the groom) was unable to wear his wedding attire at that time because he had just undergone shoulder surgery due to the injury obtained, reported Mingguan Wanita.

“My husband was involved in an accident while he went out to buy petrol. He suddenly lost consciousness on the way, then he fell off the motorcycle.”

Although Suprapto did not look as smart as he had hoped to on his wedding day, he received a tremendous amount of praise for attending his wedding although he was in no condition to do so. They also described him as a very responsible young man. 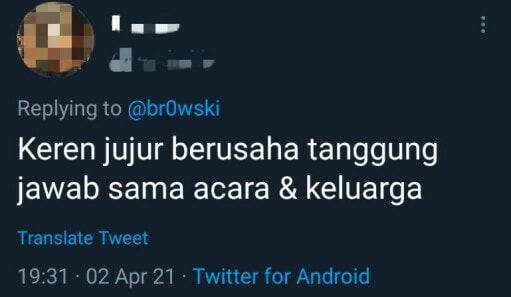 Thankfully, their akad nikah ran smoothly, we give our utmost congratulations to the newlyweds.

Read More: This Youtube Couple Is So Femes That President Jokowi Is The Official Witness At Their Wedding 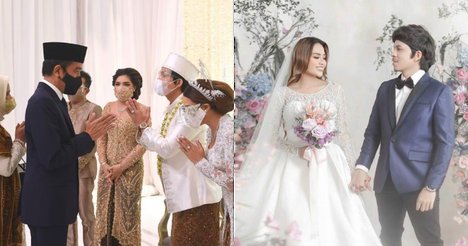