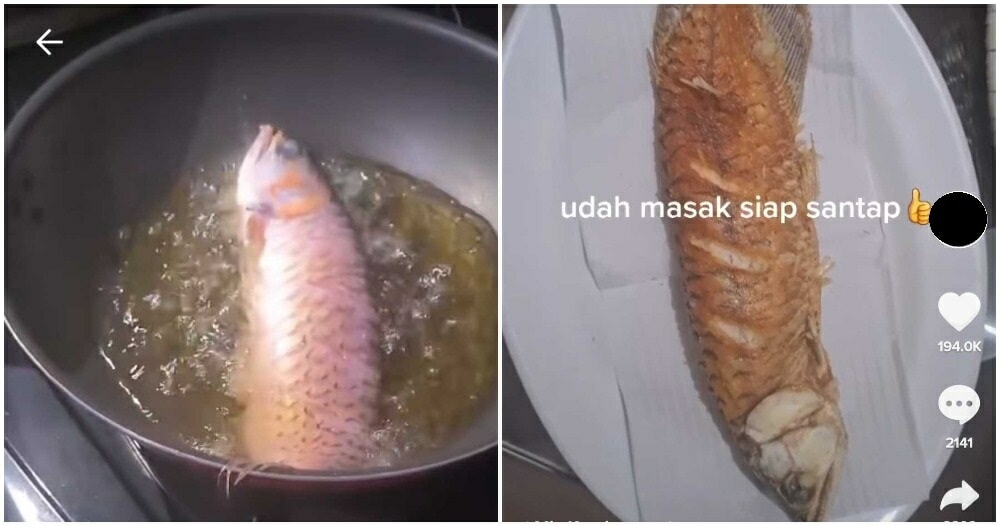 In the past week, news of an Indonesian woman cooking her husband’s pet Arowana has gone viral.

The clip which was uploaded on TikTok has gained 7.1 million views, 194k likes and more than 2,000 comments as of the time of writing.

In that video, the woman who goes by the name Mia has said that she requested her husband to wash his pet Arowana’s filthy tank. However, that request fell on deaf ears. Since she could not stand the dirtiness of the tank, she washed it herself but it was done improperly. Hence, the fish fell sick, reported KOSMO. 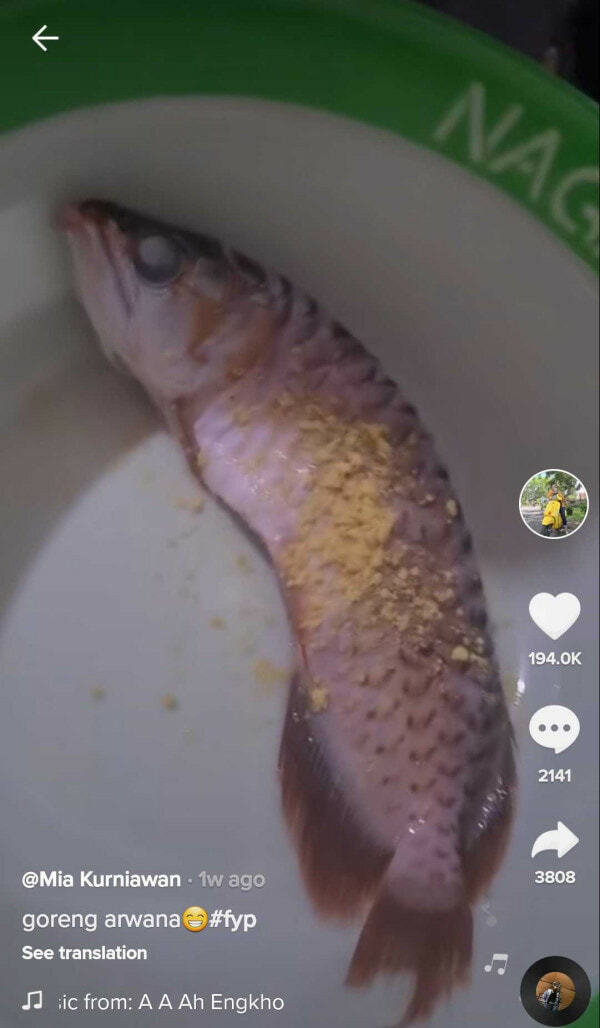 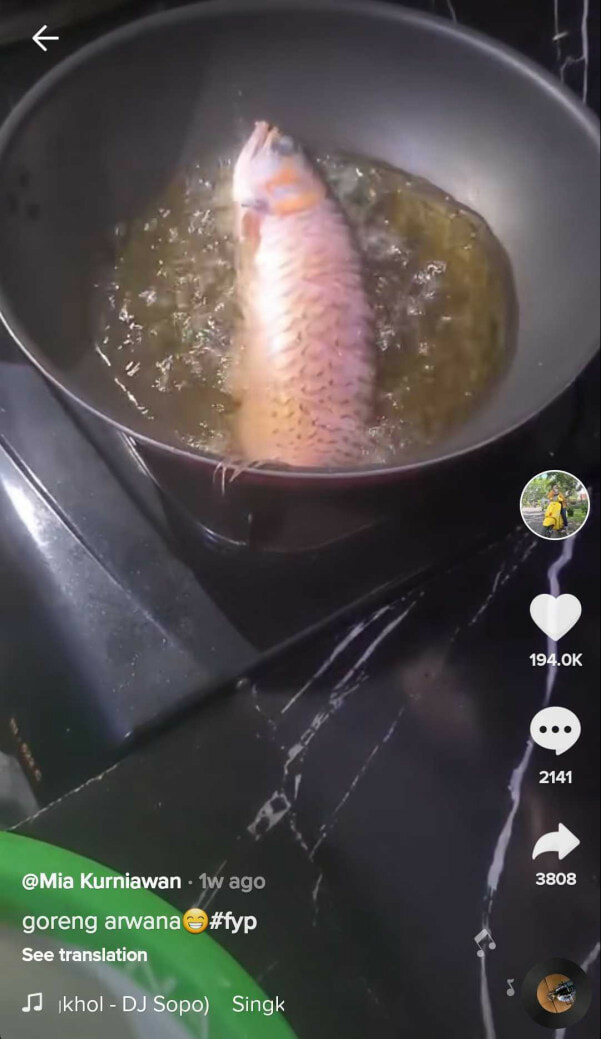 The condition of the fish continued to deteriorate and when it died, Mia made the decision to deep fry it as to not waste it. In the video, she scaled it, seasoned it and fried it. 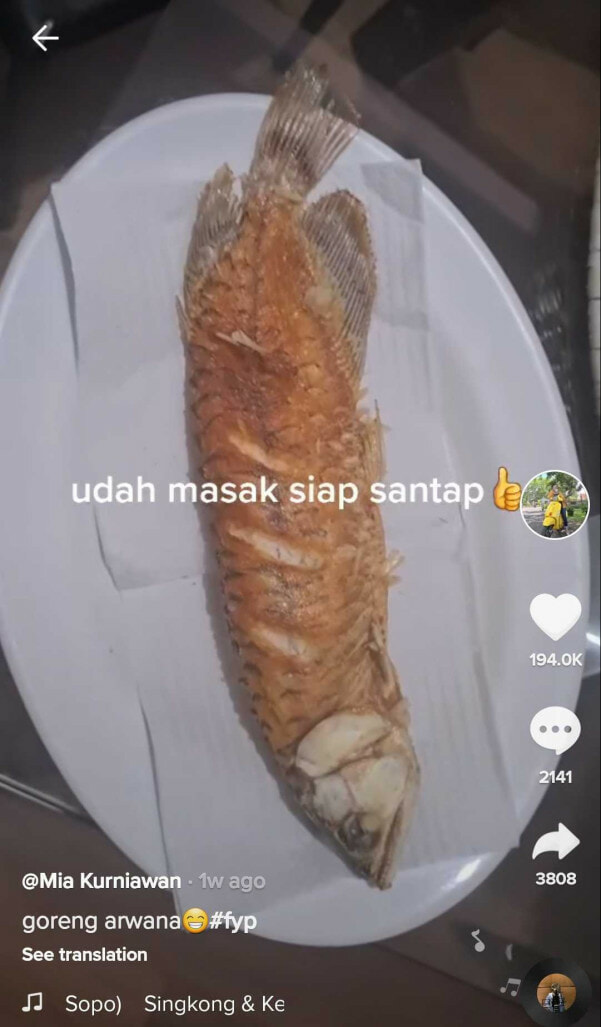 When asked if her husband is holding a grudge against her, she replied in a video that he has since forgiven her and is looking to buy another Arowana. 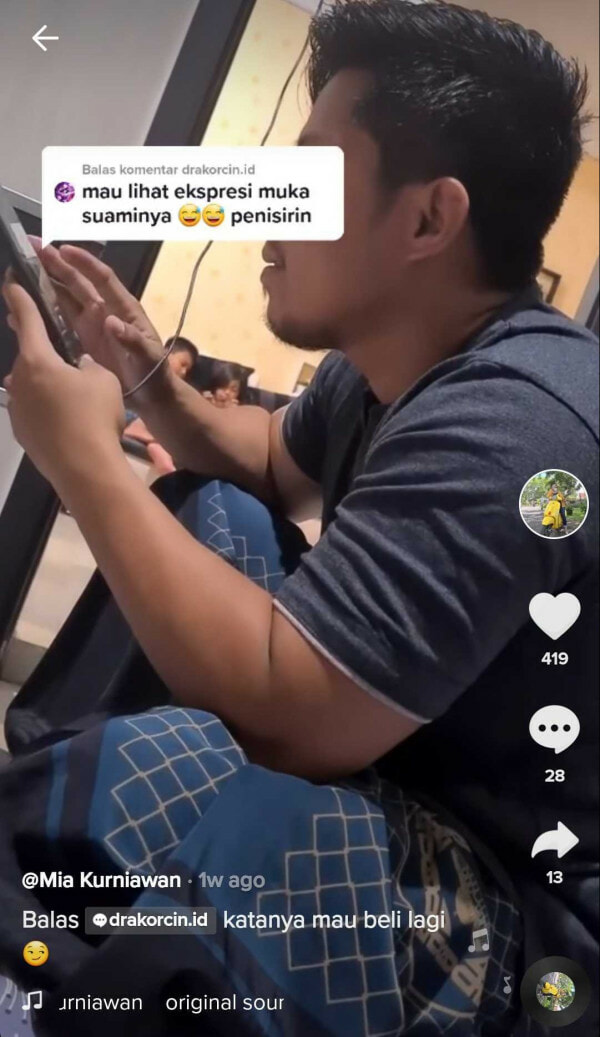 In a subsequent video, she has shown the Arowana’s “birth” certificate which confirms that it is of the scleropages formosus species. The fish is also known as the Asian Arowana or the dragon fish. According to this paper on Scientific Reports, scleropages formosus is “one of the world’s most expensive cultivated ornamental fishes” and it is an endangered species. 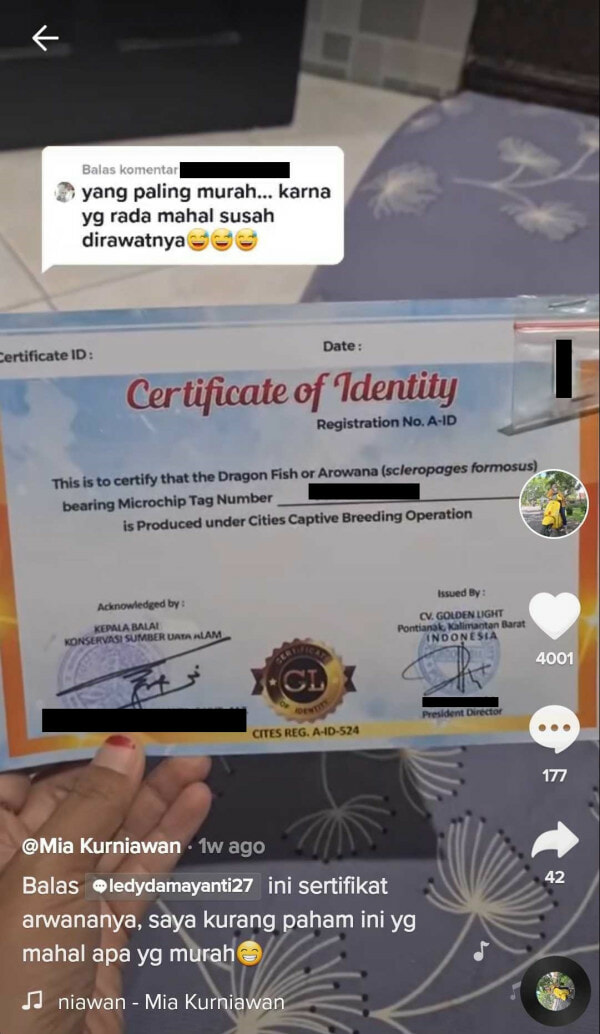 Eventhough it is a fish, one would definitely have an emotional connection to it. Hence, we believe that it might have been better for the woman to bury the fish’s corpse instead of eating it. 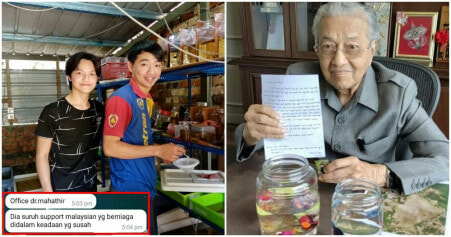