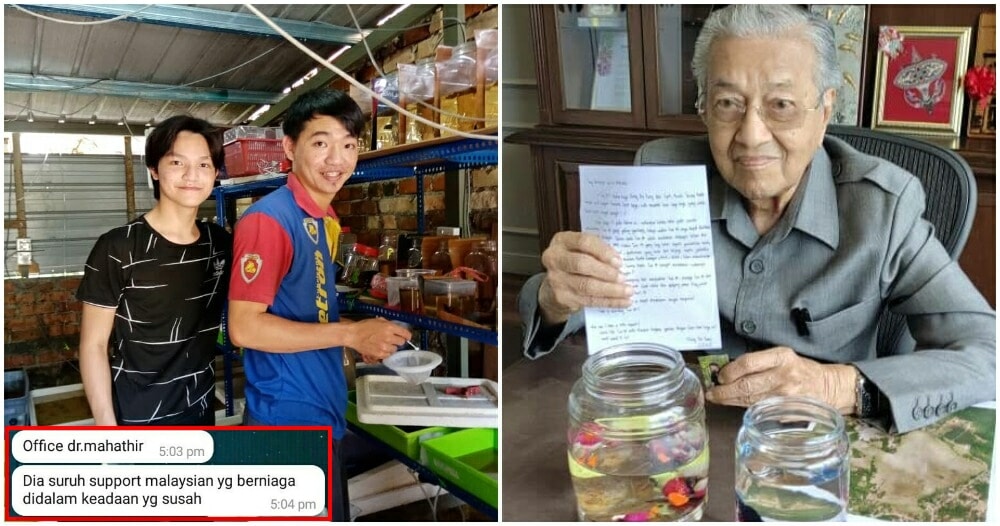 Not a lot of people can boast that Tun M has been one of their clients.

It was a normal day on 14 August for 17-year-old Cheng Jia Yung from Ipoh. He was helping his brother, Cheng Jia Ler, the breeder, to promote his fighting fish, also known as betta fishes when he got a message from a buyer in Langkawi. The buyer chose a total of six fishes and said that he was buying the fish for none other than Malaysia’s 4th and 7th prime minister, Tun M. 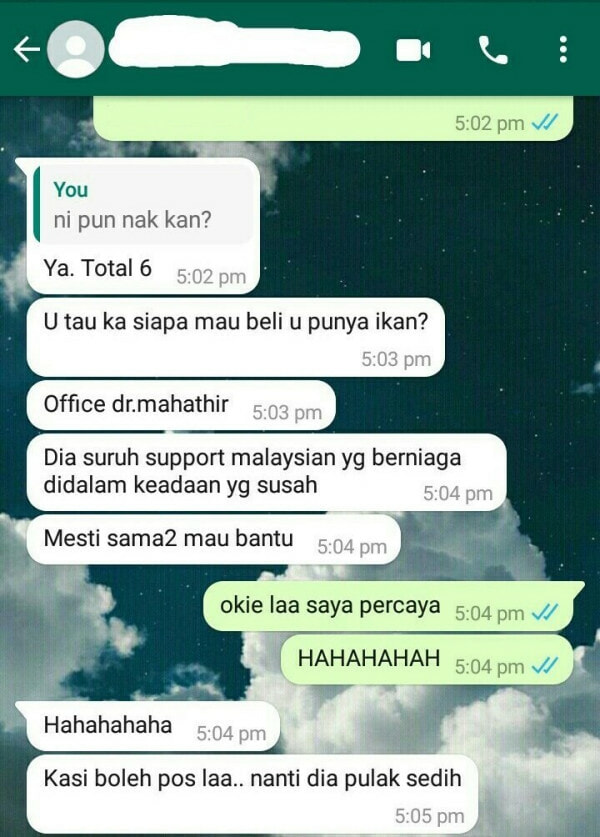 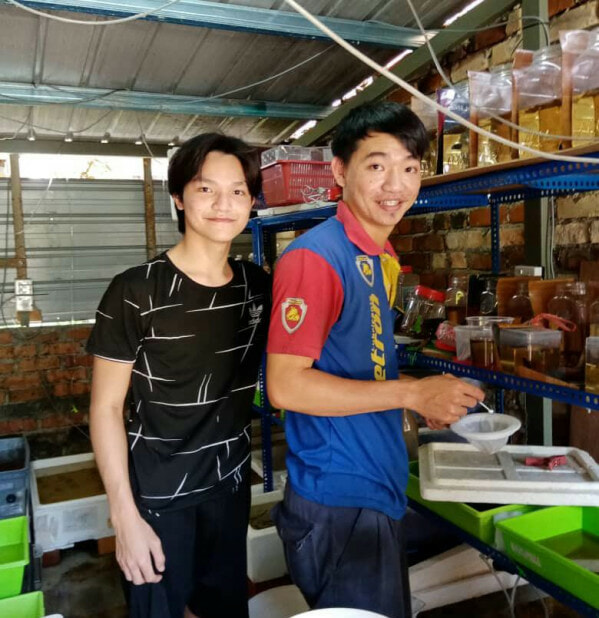 Speaking to WORLD OF BUZZ, Jia Yung said that at that time he thought that the buyer was kidding. When he saw that the receiving address was legitimately the Langkawi MP’s Office, he was speechless and overjoyed at the same time! The buyer was quite amused and said that Jia Yung should feel happy that his fighting fish will have a chance to be in Tun M’s office.

“Tun M told us to support those who are hardworking in their businesses even if times are hard.” 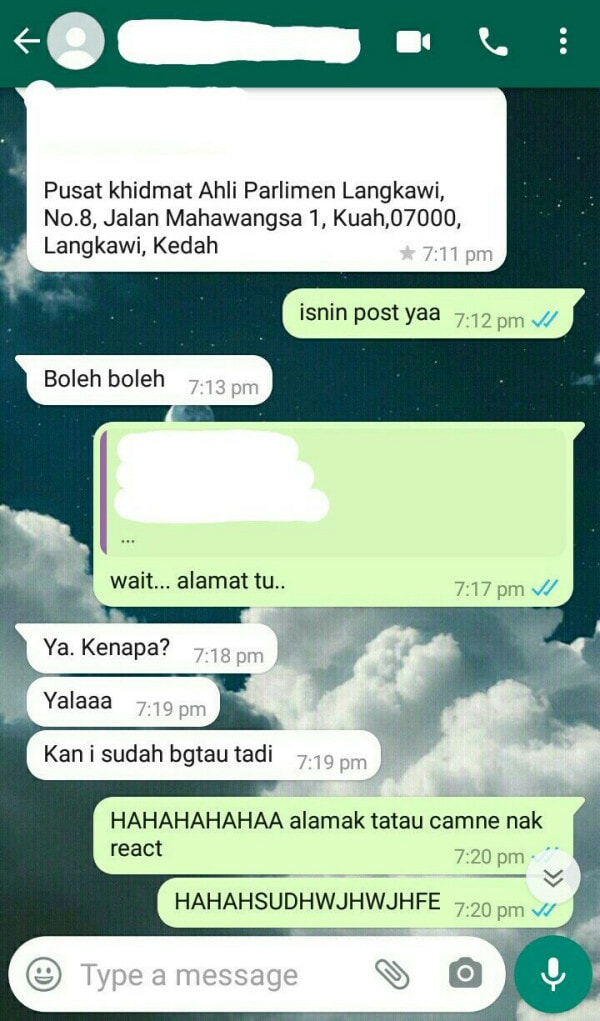 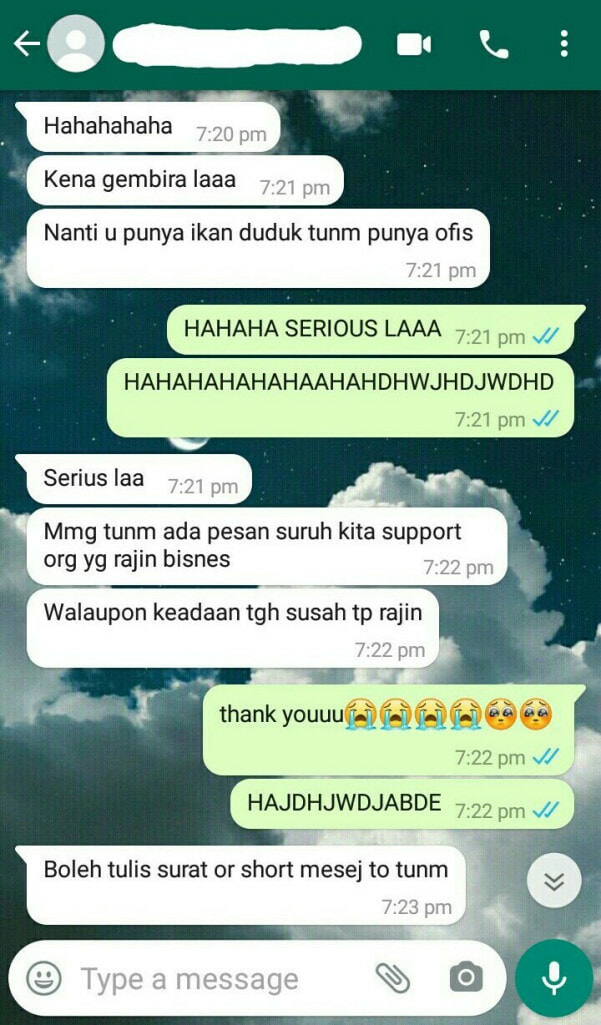 They told Jia Yung that he could include a little handwritten message to Tun M and that’s exactly what he did! He wrote a one-page long note and even inserted a little photo of himself. He then posted the fishes on 16 August and they arrived at Tun M’s office on 18 August. 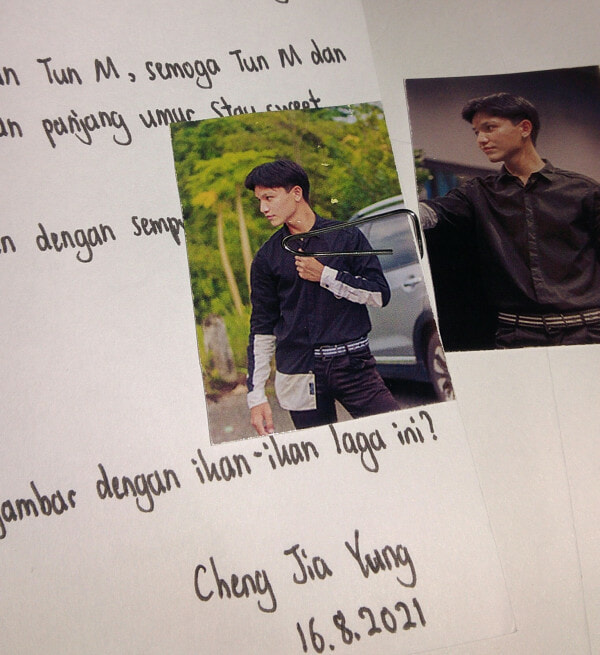 Fast forward to 24 August, the buyer once again reached out to Jia Yung and sent him pictures of his fighting fish sitting on Tun M’s desk! Tun M could also be seen in the photo holding the handwritten note and Jia Yung’s picture. Awww, this is so so sweet! 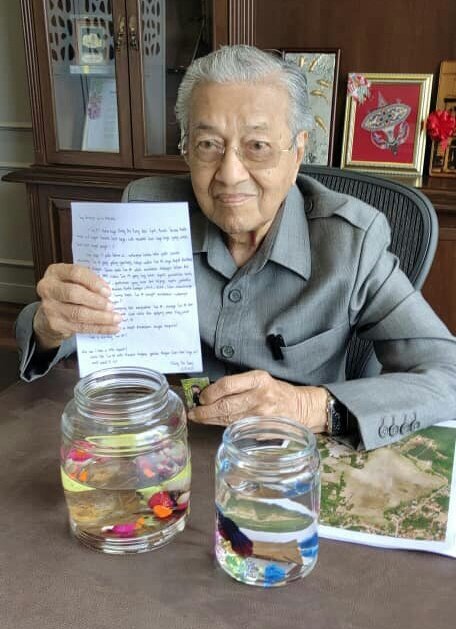 Tun M had also made a video where he addressed Jia Yung and his brother’s business.

“I believe that this will be a big business in the future and I hope that you will succeed with this business!”

Also read: Indonesian Man Mourns The Loss of His RM600 Worth Arowana After His Dad Ate It For Lunch 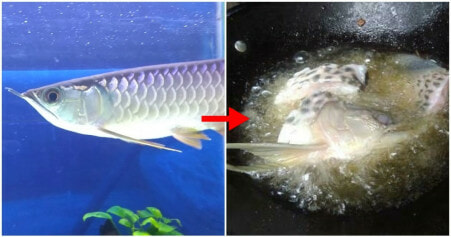