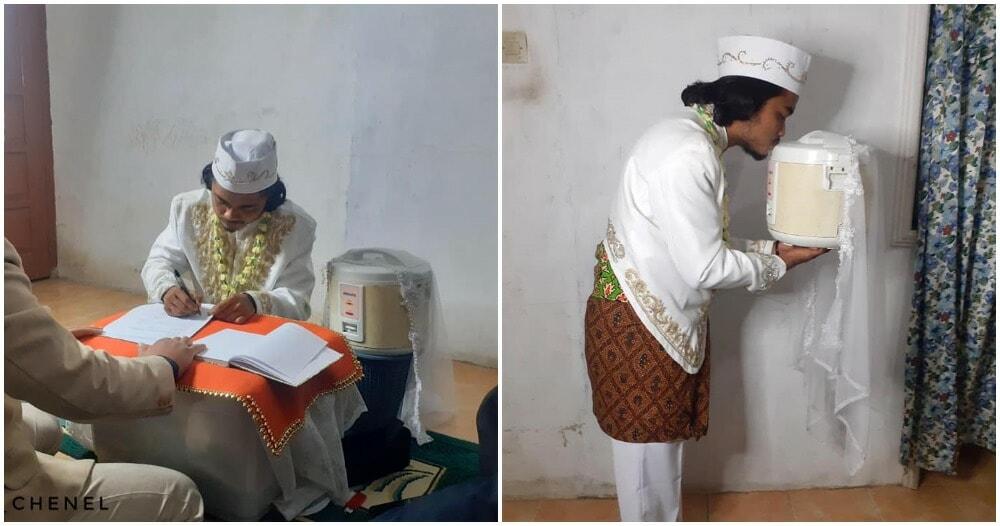 Some people have the most out-of-this-world ideas and it just makes us sit back and enjoy the ride on their train of thought.

We stumbled across one such situation when an Indonesian man named Khairol Anam married his rice cooker! In a series of pictures posted on Facebook on 20 September, the groom was seen smartly dressed in a white shirt with intricate embroidery along with a batik samping and white pants. It turns out it’s a groom’s attire and his bride wore nothing but a thin veil. However, his bride is not your average run of the mill bride, she is…a rice cooker. 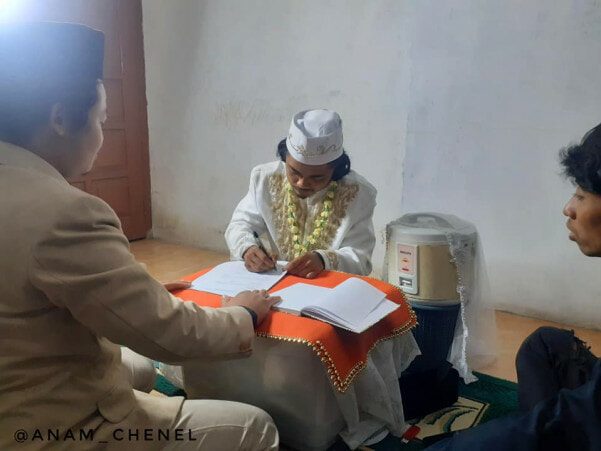 In the series of photos, the bride and groom were inseparable during the “solemnisation ceremony” and the pair of lovebirds looked like a match made in heaven. The caption reads:

“White, quiet, perfect. Doesn’t talk much, good in cooking, a dream come true. Without you my rice is not cooked.” 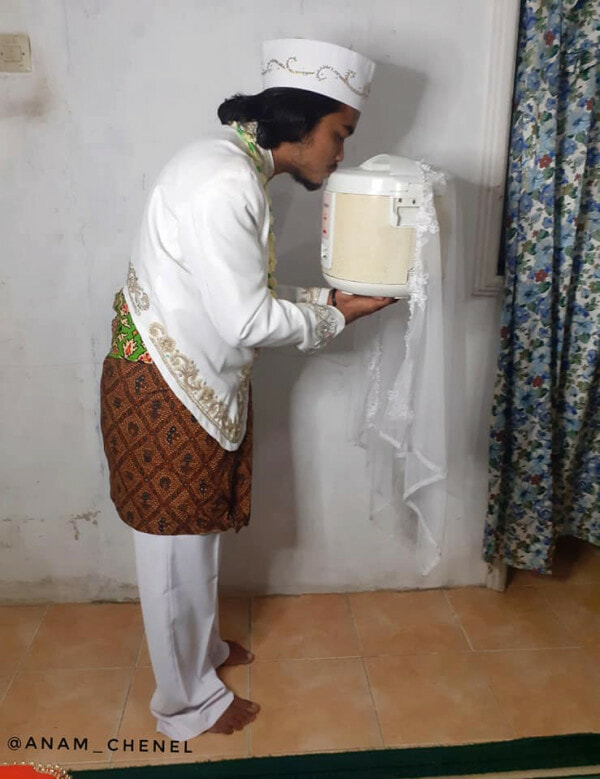 Unfortunately, it seems as though the seemingly perfect pair’s union was short-lived. Four days later on 24 September, Khoirul took to his Facebook page again to announce that he has “divorced” his “wife”. The reasoning behind the separation is that she is good at cooking rice but not good at making any other dishes. 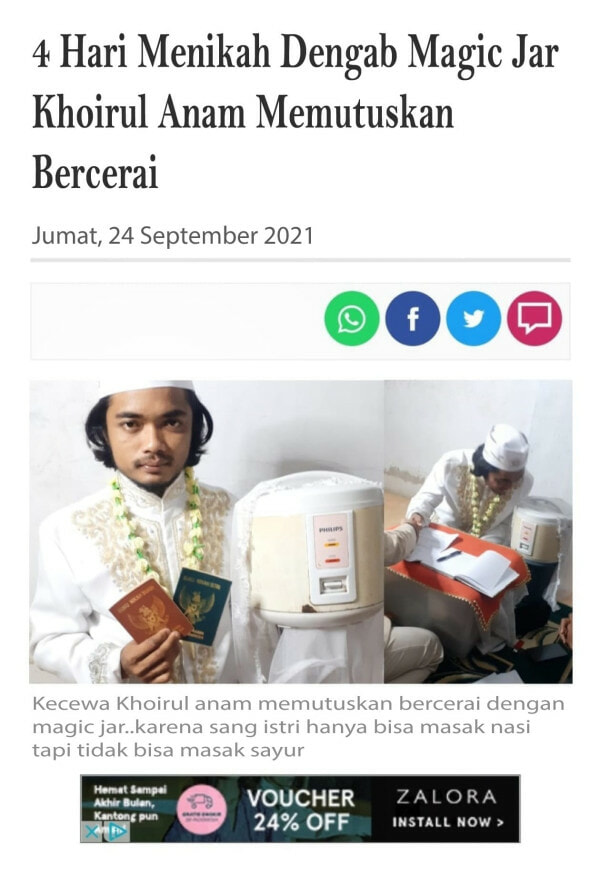 Khoirul is an internet celebrity in Indonesia and he is known to be a bit of a prankster with his posts. Nevertheless, this “marriage” definitely cheered us up on this rainy day. 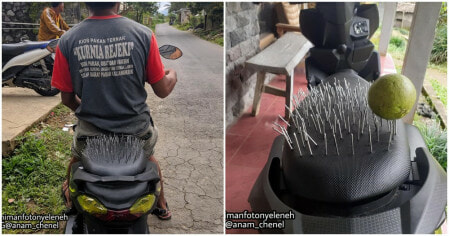