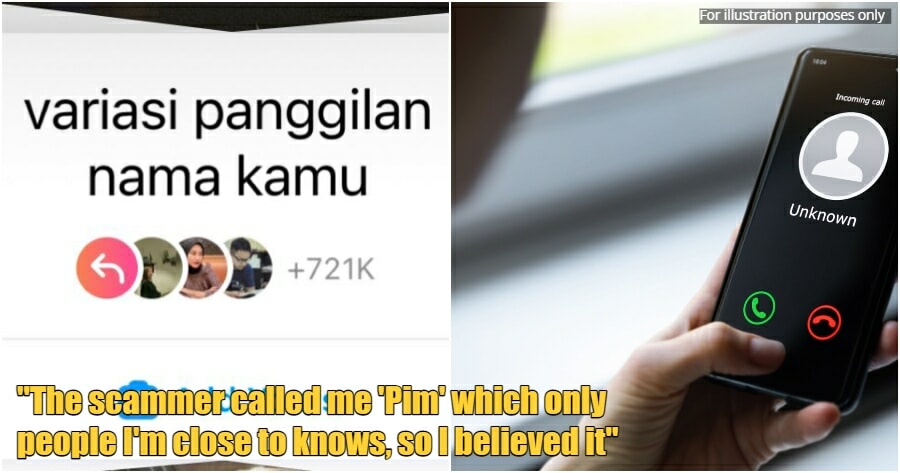 As social media takes over the world, users are running to catch up on the current trends. Trends can sometimes be cute and useful, but some might lead to something undesirable.

Yesterday, a tweet went viral because it was related to a current trend on Instagram that nearly everyone is participating in. 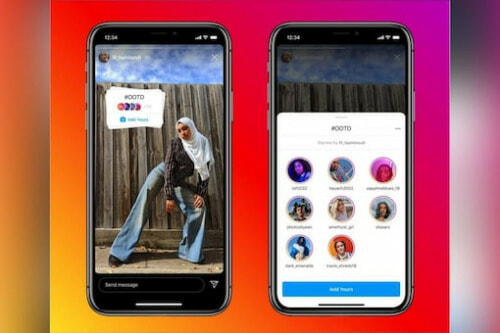 Many of you might have noticed the new “Add yours” feature on Instagram where users can share pictures and also insert texts based on any prompts.

Some example of prompts that have been widely used by Instagram users are such as “Not a photographer but I took this pic”, “Share what’s in front of you right now”, and many more. 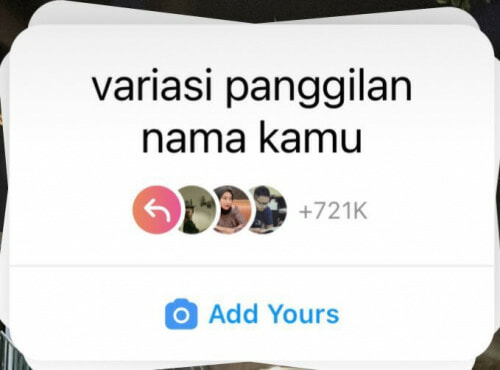 How things went south for this Indonesian girl

“What made my friend believe the person was because they called her ‘Pim’. ‘Pim’ is a nickname that only her childhood friends or close friends know. But then she remembered that she participated in the trend,”

Dita Moechtar posted a tweet stating how one day her friend called her crying saying that she was allegedly scammed.

The friend received a random call from another “friend” asking to transfer some money, which she did because she believed it was her “actual friend” on the other line after hearing them call her by her nickname.

The tweet by Dita blew up in a matter of hours, receiving 39.5k retweets and 98.9k likes. 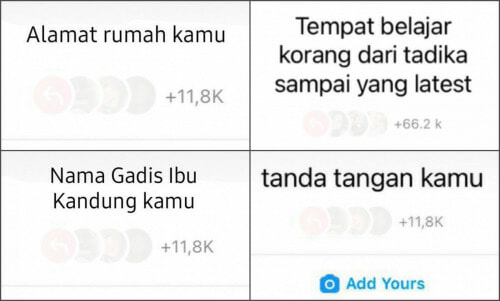 Some of the “Add yours” prompt that are trending right now even ask for the most detailed personal information such as user’s address and signature and to our surprise, users are actually giving them out without further thought!

Twitter users advise others to not continue exposing their personal information on social media. It might look like a small matter, but there are people out there that are able to manipulate the data shared.

This method is called social engineering where it involves psychological tricks to convince users to make security errors or leak sensitive information that is commonly carried out through human interaction, which in this case is the current trend.

We hope everyone will be more careful and take precautions when it comes to your own personal information. Let us know what you think about this issue in the comment section down below. 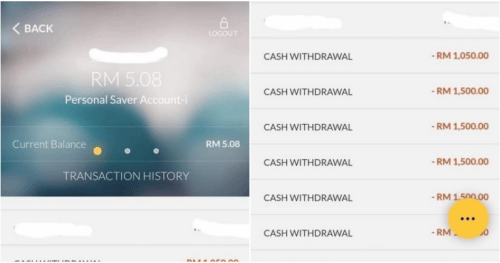