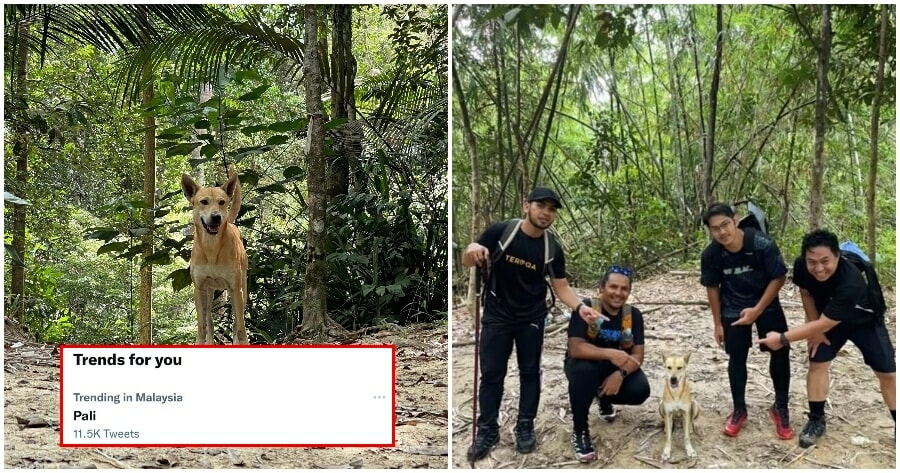 We often hear stories about the abandonment and abuse of the loyal creatures we call dogs. However, there are times where kind souls would provide homes and love for these innocent dogs just as they deserve.

Although sometimes a dog would require the guidance of humans, we don’t as often hear of dogs helping to guide humans unless they’re trained to do so. Well this was exactly the case in a viral video that was shared yesterday by the popular influencer, Khairul Aming on Twitter. 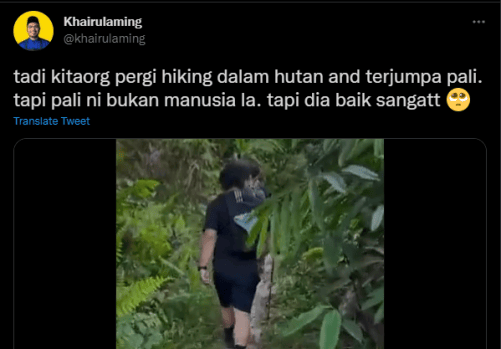 His video featured a stray dog following and guiding him and his friends throughout their hike in a forest. The location however, has not been disclosed.

Khairul Aming shared that they had accidentally bumped into this cute doggo along the way, and had nicknamed him ‘Pali‘. 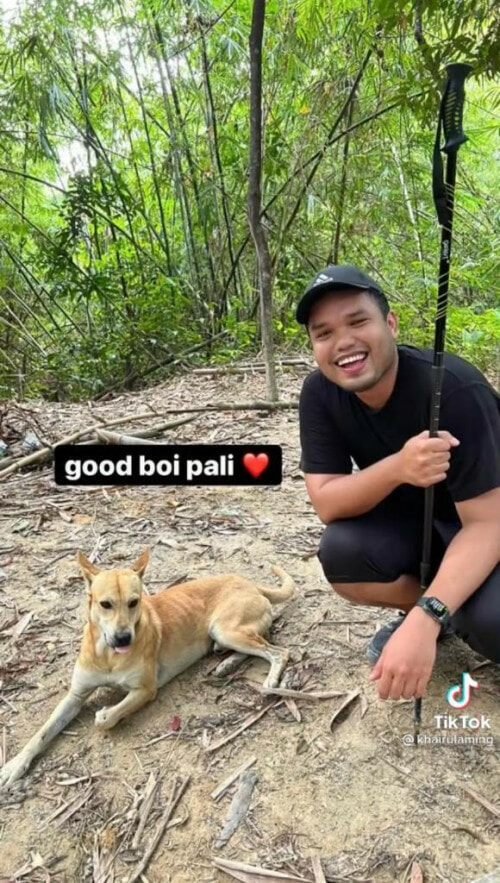 After being offered a biscuit, Pali continued to follow and accompany them throughout their whole 12km hike.

“He helped to check if there were any tigers in the bushes. He even checked whether the trail is safe to go through or not,” said Khairul.

For being such a good and helpful boy, they gave him delicious snacks to munch on as a reward! 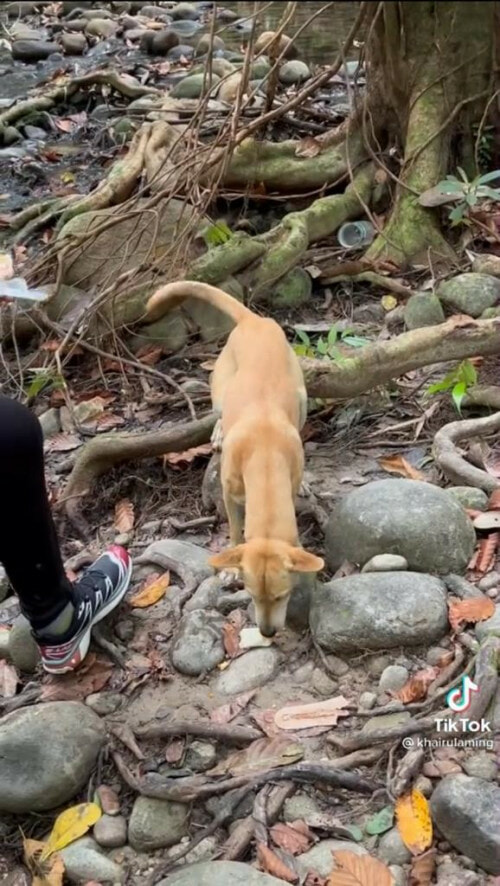 In the video, Khairul Aming also gave a friendly reminder to his viewers to not give chocolates to dog as it is toxic to them and could lead to health complications.

Twitter users have also shared their encounters with Pali

Khairul Aming’s post has garnered plenty of attention and currently stands on over 57,000 likes and over 1 million views. The comments section were flooded with netizens who loved the fact that Pali followed them through their whole hike.

Meanwhile some users who have also gone hiking in the same place have claimed that Pali and his family of three have apparently always accompanied people on their hikes.

Not only does Pali accept snacks, but other food too! One user said, “Pali likes nasi lemak,” and proceeded to share and image of Pali digging into one. 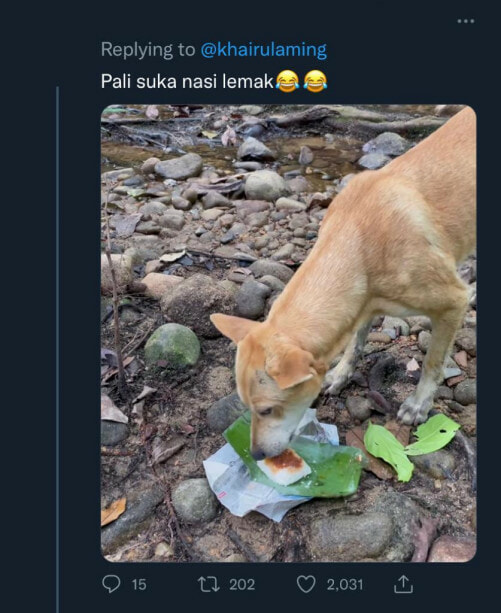 Meanwhile other users have also shared their experience in meeting Pali. Similar to Khairul Aming’s case, Pali has always been the good boy he is by guiding people through the forest. 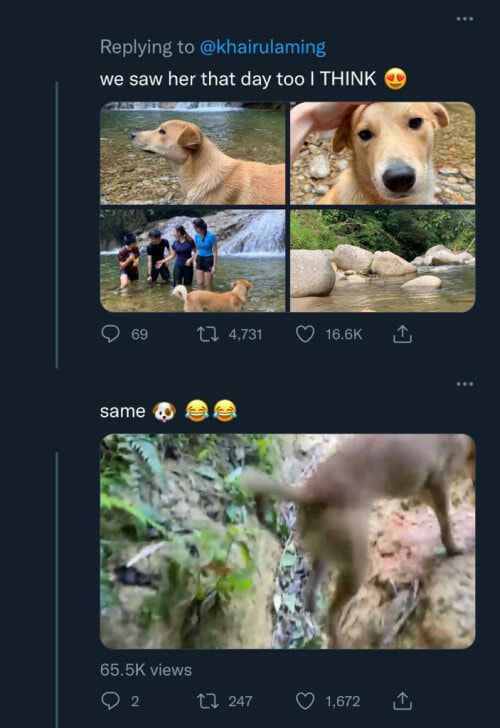 One user commented how they are willing to give Pali their whole heart after seeing what a good doggo he has been.

“PROTECT PALI AT ALL COSTS,” said another user. 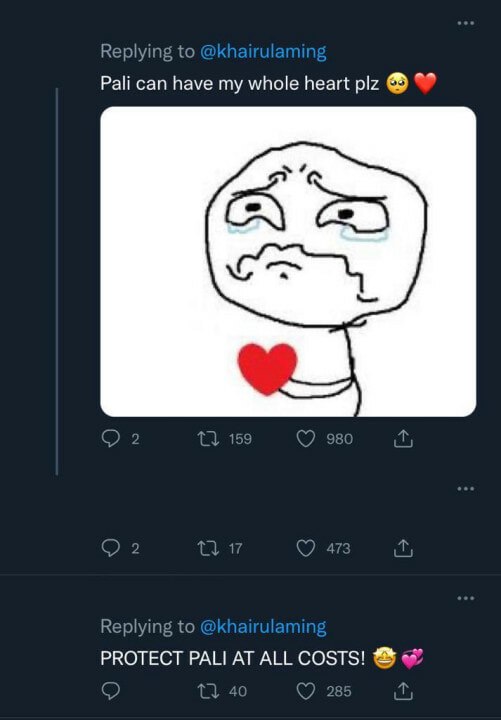 We hope to see Pali continuing his journey of being a helpful boy to hikers! And a reminder to all, always treat every animal with love and care!

You can check out Khairul Aming’s video with Pali here.

Let us know what you think about this cute story in the comments down below.

Also read: “She’s so loving,” M’sian Share How He Takes Care Of Bobby, A Stray Dog Who’s Loyal To The Core 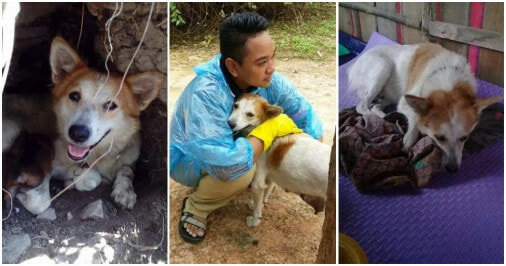