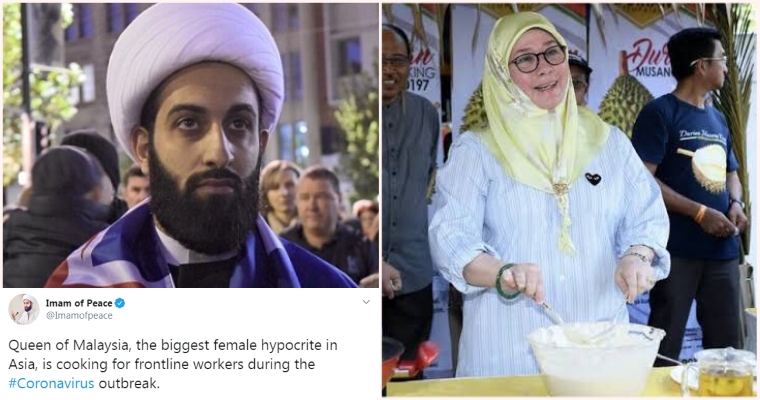 Malaysians are proving time and time again why people should just not mess with our queen, Tunku Azizah Aminah Maimunah Iskandariah.

Mohammad Tawhidi, who is a Muslim influencer and reformist imam, clearly didn’t get that memo.

He took to his Twitter page, Imam of Peace, to post a highly controversial message about our queen, accusing her of “holding a spoon for the cameras” with her cooking contributions to medical front liners all while choosing to ignore certain issues.

Queen of Malaysia, the biggest female hypocrite in Asia, is cooking for frontline workers during the #Coronavirus outbreak.

She will hold a spoon for the cameras but won’t say a single word about the Malaysian women and gays being lashed, imprisoned and killed under Sharia Law. pic.twitter.com/JAx9ZB4qMj

He wrote, “Queen of Malaysia, the biggest female hypocrite in Asia, is cooking for front line workers during the coronavirus outbreak. She will hold a spoon for the cameras but won’t say a single word about the Malaysian women and gays being lashed, imprisoned and killed under Shariah Law.”

Malaysians, outraged by his statement, firstly pointed out that the image he used that depicted someone getting lashed was an image of a caning case from Indonesia.

Then they taught him a thing or two about the implementation of Syariah Law in Malaysia.

Lastly, they defended our queen.

They also left a rather important Malaysian message to the Imam of Peace, who seemed to be spewing hate.

And we understand that the Imam is talking about the caning cases that has happened in Malaysia over the years, but unfortunately in Malaysia, even the queen is not allowed to speak up about certain sensitive matters, especially if she wants to maintain her position where she can continue to do the good work that she’s already been doing.

So, Imam of Peace, as far as Malaysians are concerned…

Hence, may this be a lesson to anyone else who thought it would be a good idea to spew insults at our queen, because we’d defend her any day. 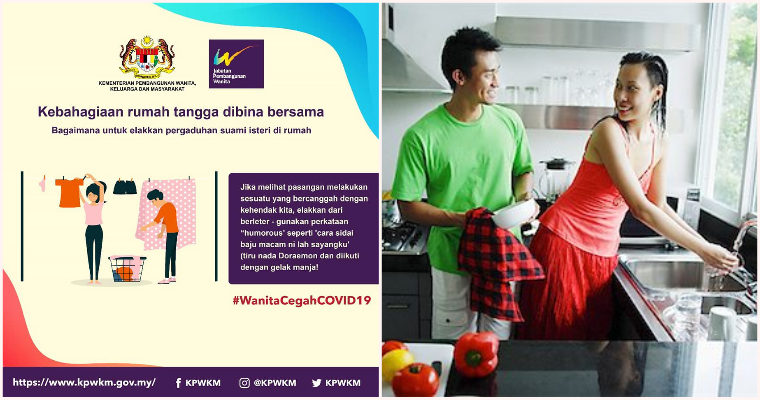