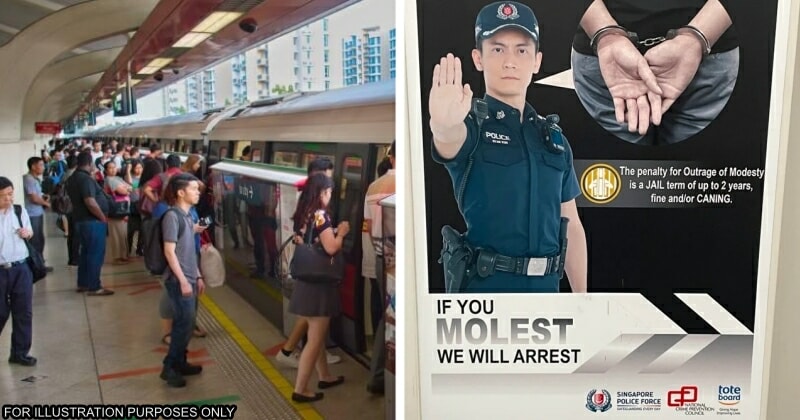 An anti-sexual harassment poster on Singapore’s public transport system has recently gone viral for its tacky yet catchy slogan, which ironically is about the police catching sexual harassment offenders.

Posted by Reddit user u/UndeadMarine55 on Reddit, the poster shows a Singapore Police Force (SPF) officer warning the public with the slogan, “if you molest, we will arrest”.

Moreover, the poster, which was made in a joint collaboration between SPF, the National Crime Prevention Council and Tote Board in Singapore also stressed that the penalty for outrage of modesty in the country is a “jail term of up to 2 years, fine and/or caning’.

Check out the image of the poster below: 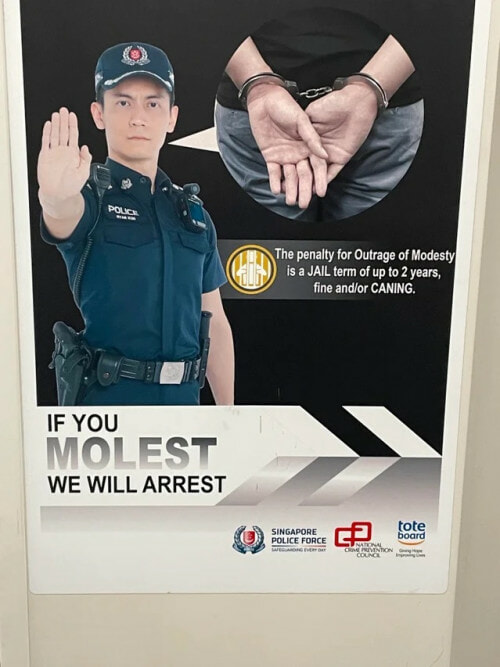 The Reddit post, titled ‘Anti sexual harassment slogans on the subway in Singapore’ made the front page of the social media platform recently, amusing commenters by the tacky yet straightforward slogan. As of the time of writing, the post has received over 56,400 upvotes and over 2,300 comments.

Given that most of Reddit’s users are from the United States, many commenters were unfamiliar with the laws in Singapore and were perplexed by the term ‘outrage of modesty’ used in the poster.

One commenter even said that the term sounds like an awesome punk band. Of course, such terms would not be unusual to us Malaysians as the exact same term is used in our Penal Code.

One comment thread even dived deep into the practice of using caning as a punishment and how extremely painful the punishment is. However, the highlight of the comments section of the post has got to be the alternative slogans that Reddit users came up with for the poster. Here are some of the best: 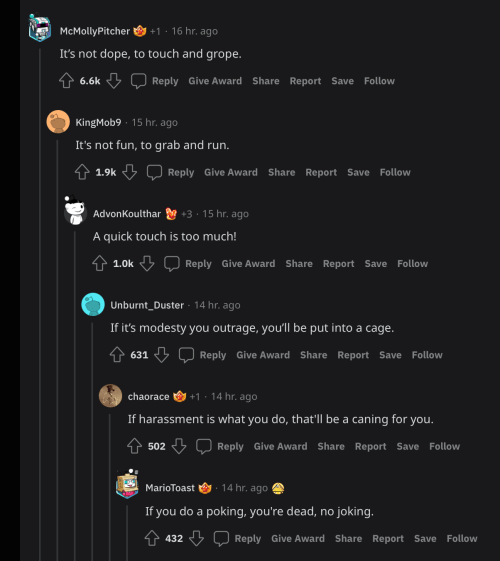 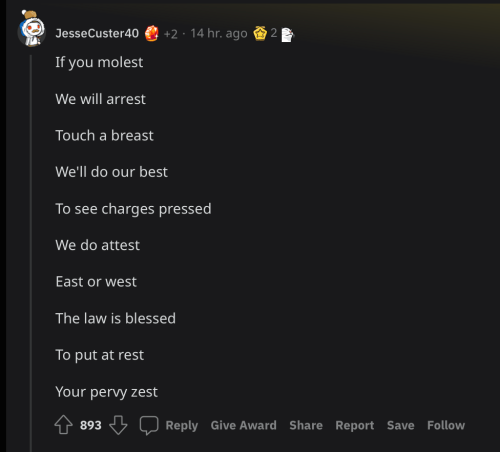 So, what do you guys think of the anti-harassment poster? Share your thoughts with us in the comments. 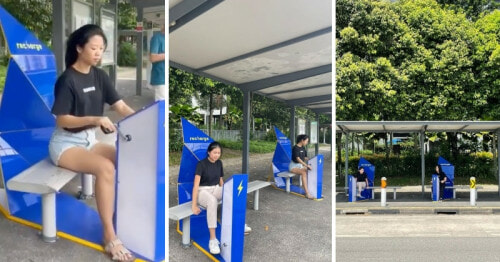