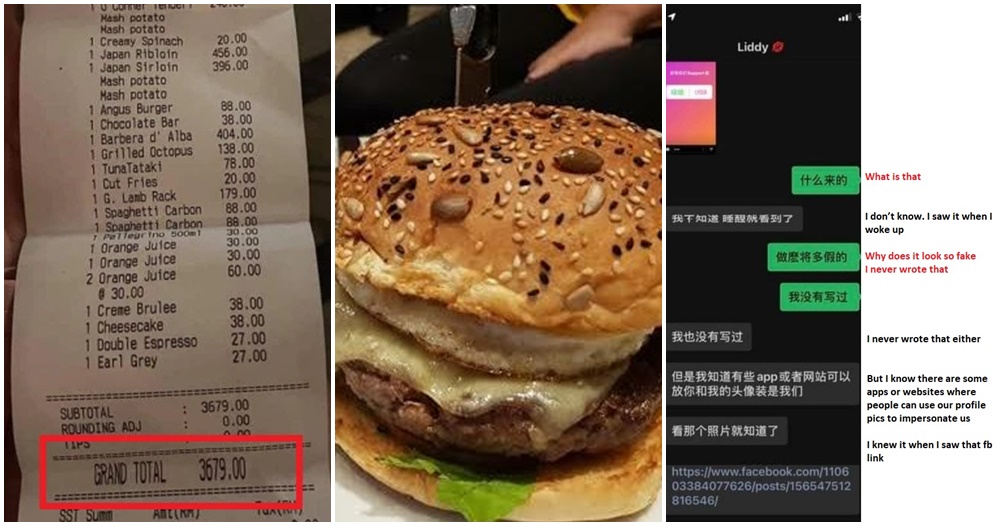 The internet broke yesterday when a Malaysian girl was exposed for inviting a rich guy to her birthday party so he could pay for a RM1,000 bill. If you haven’t read about that yet, you can check it out here!

Since the post went viral, the birthday girl and her friend received massive backlash from netizens who criticised them for their actions. Some even went as far as re-surfacing photos of them from the past. The birthday girl then took to her Facebook to plead with netizens to leave her alone.

“I can pay for myself” 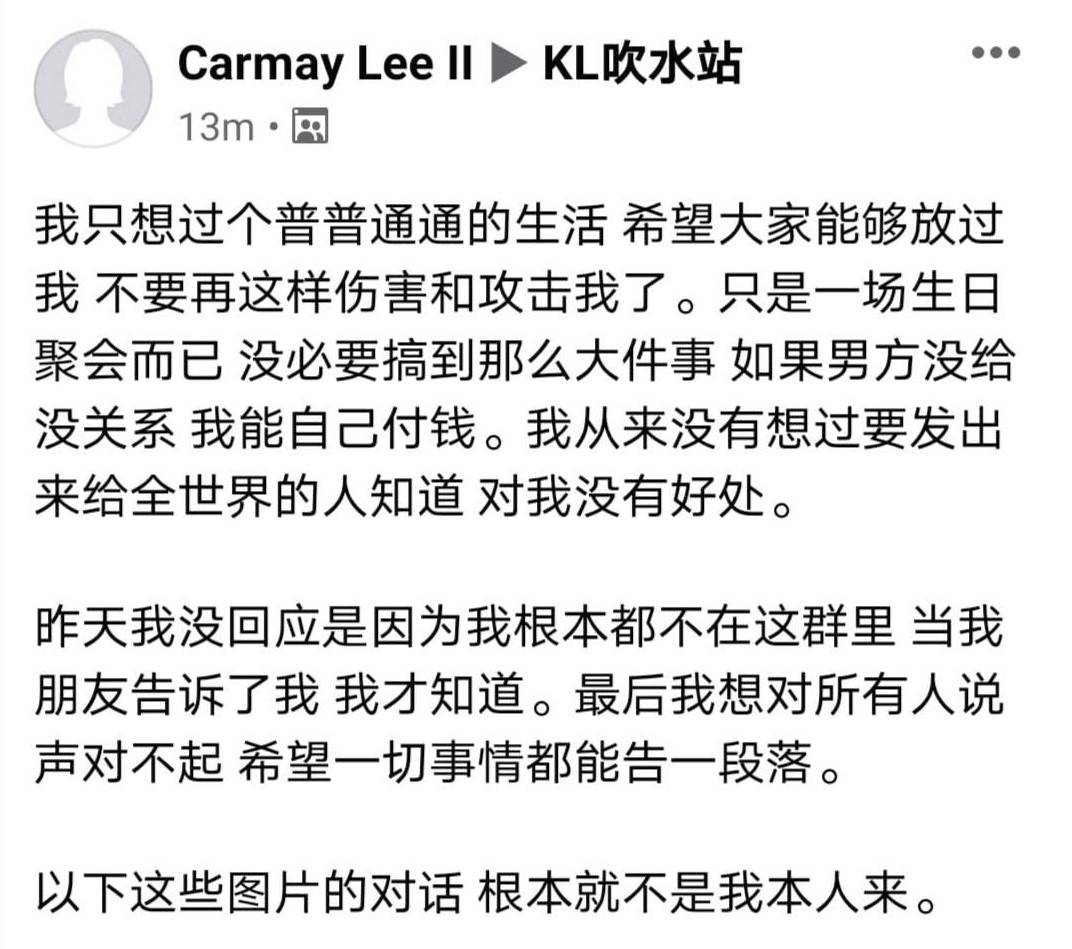 “I just want a normal life. I hope everyone can forgive me. Please don’t hurt or attack me anymore. It was just a birthday party. No need to make it such a big deal.”

She added that she is capable of paying for herself, “It doesn’t matter if the guy doesn’t pay, I can pay for myself. I never intended to share this and let the whole world know. It doesn’t benefit me in any way.”

She also clarified why she didn’t respond to everybody who was tagging her on the viral posts, “I never replied yesterday because I’m not even in this group. I only found out about this after my friends told me about it. Finally, I want to say sorry to everyone. I hope that everything ends here.”

In her apology, the girl also included some of the viral screenshots of what appeared to be her conversations with her friend and claimed that those conversations were faked by people on the internet: 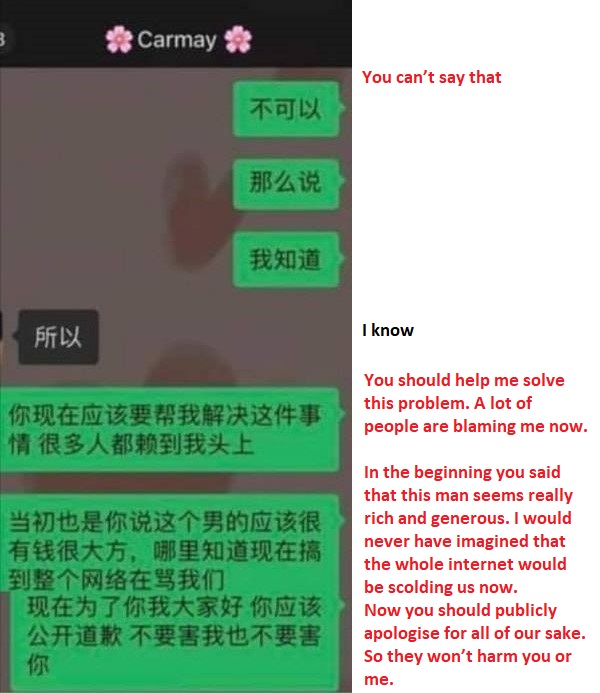 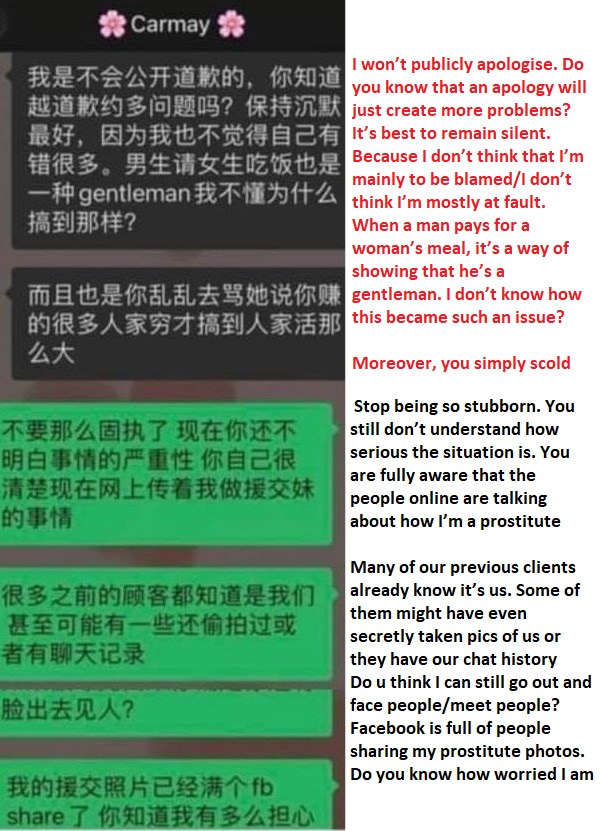 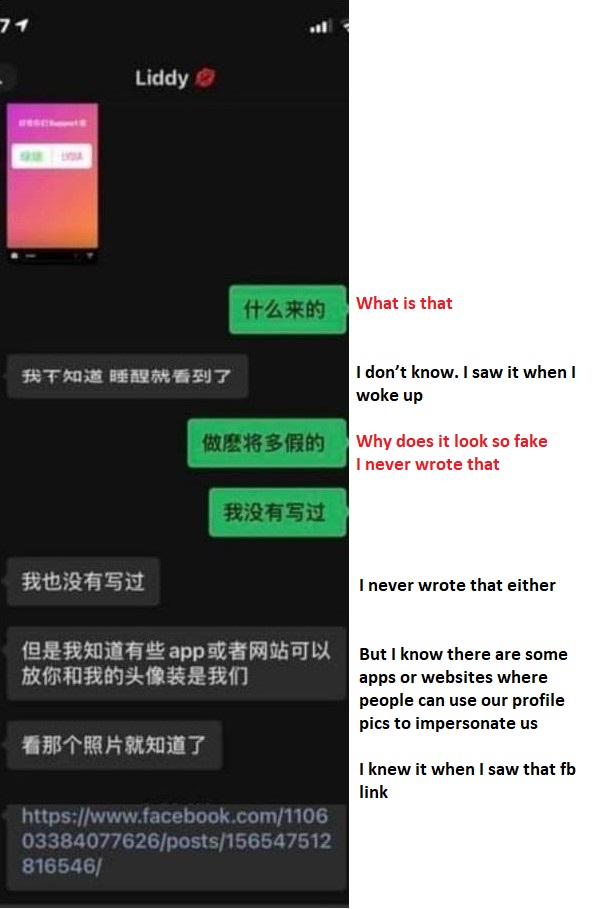 What do you guys think of this apology?