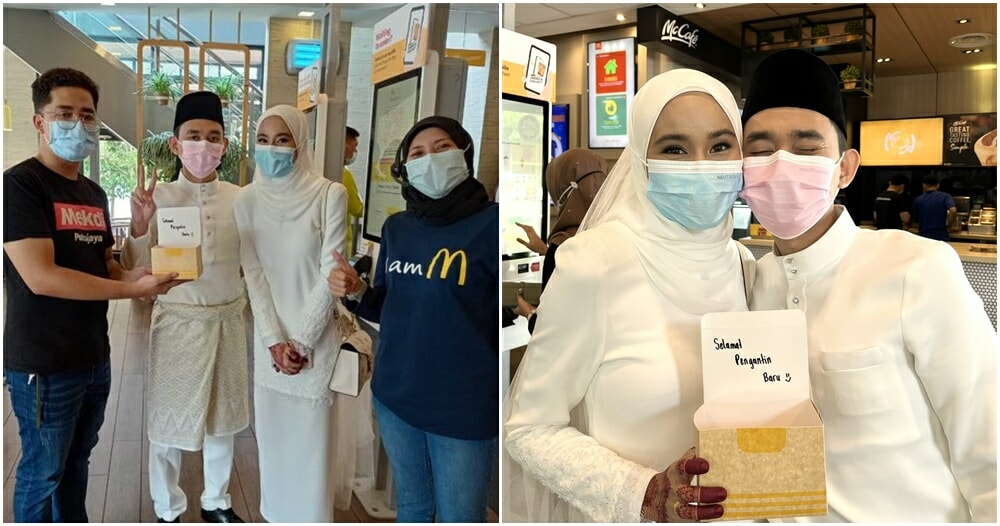 Having a wedding is certainly not easy; most of the time, the hosting family, along with the bride and groom, will need to run around to get things done. This means that they will probably not have time to eat as well.

In a viral Twitter thread, a pair of newlyweds talked about how they were starving, so they went to a McDonald’s located in Precinct 2, Putrajaya.

just two starving newlyweds dropping by @McDMalaysia for a quick meal and getting surprised with a complimentary cheesecake from them 🥹🫶 pic.twitter.com/d1tY0Y8mg6 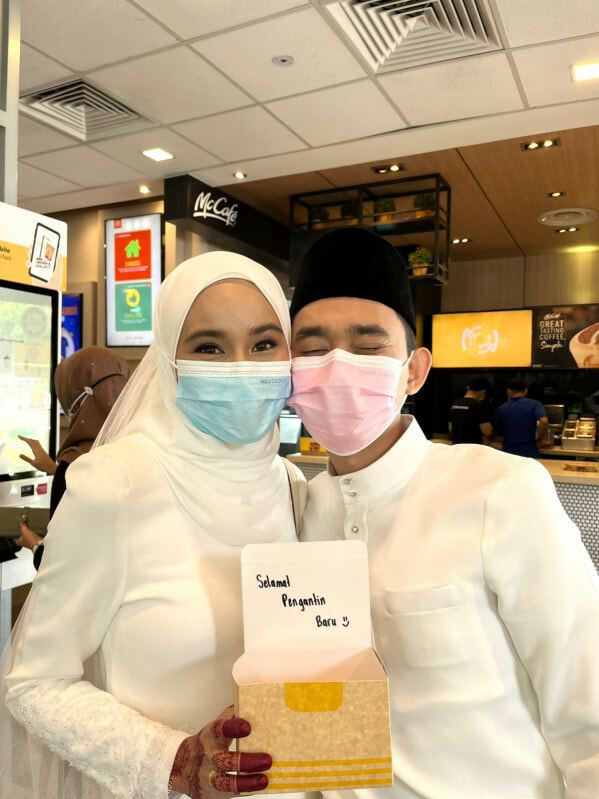 Seeing that they were in their bridal attire, the McD staff decided to surprise the couple with a slice of cheesecake to celebrate the joyous occasion.

The wholesome moment garnered more than 15,000 likes and was retweeted more than 3,000 times.

Speaking to WORLD OF BUZZ, the couple, Farah Syazwina, 25, and Najib Fikrie, 24, say that they had their nikah ceremony beforehand but were unable to eat as they were occupied with a photo shoot. 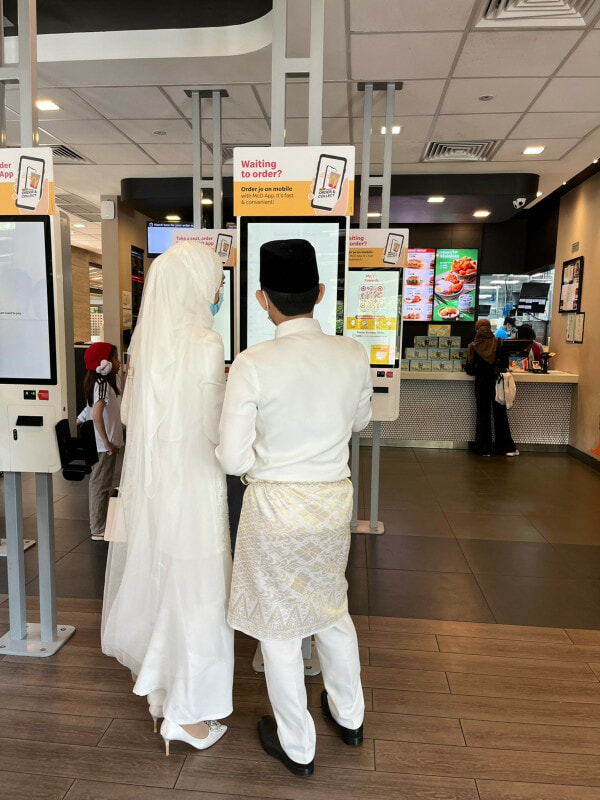 As they had to prepare for their reception that night, they made a quick stop at the fast food chain to stop their tummies from grumbling.

When they were done ordering at the kiosk, they saw some staff members behind them saying:

“We would like to give you this slice of cake. Congratulations on your wedding!” 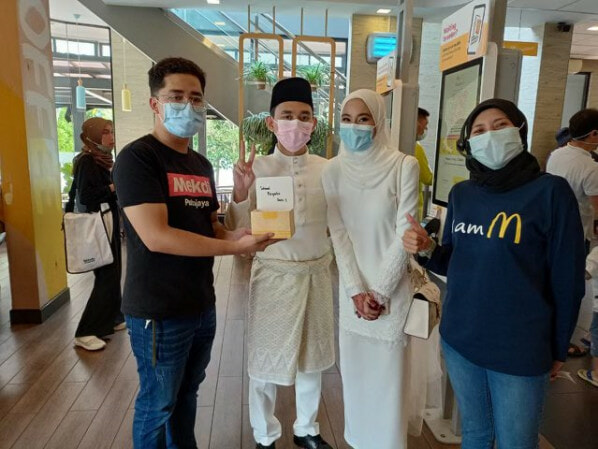 The couple was surprised and flattered by the surprise and left happily with their meal.

“The little surprise definitely made our day!”

Well, a simple act of kindness can go a long way! 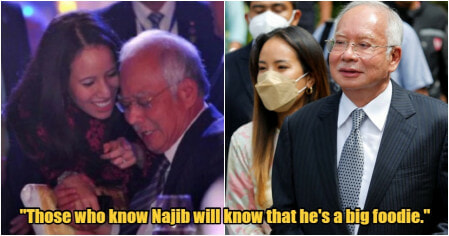