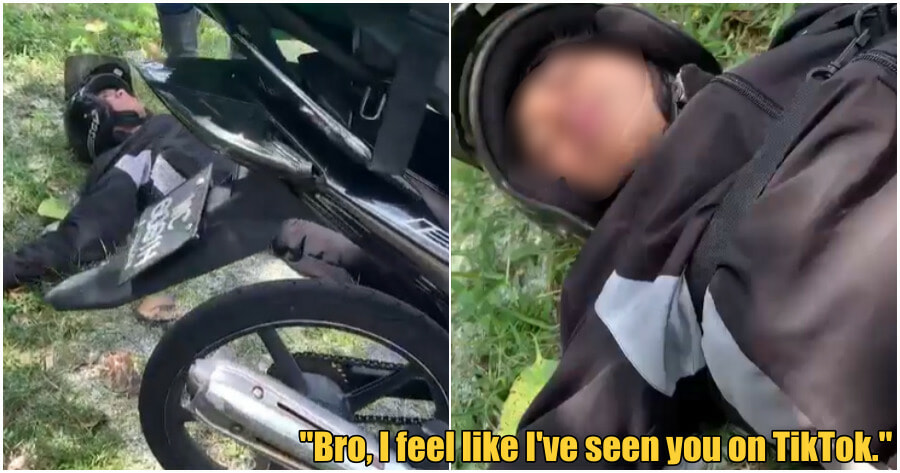 Road accidents are serious incidents and should not be joked about.

However, a road accident involving a food delivery rider and a Proton Persona has recently tickled some netizens’ funny bones.

According to Amca, who was at the scene of the accident, the food delivery rider was flung onto the middle of the road when he hit the back of the Proton Persona.

This caused him to experience memory loss, prompting him to ask several illogical questions that netizens found amusing.

“The accident took place when the rider was on a straight road. The Proton Persona was turning right from a side road onto the main straight road,” Amca told WORLD BUZZ.

“The rider did not notice the car until it was too late. He could not brake in time, hence hitting the rear of the Proton Persona.”

The collision caused the 18-year-old rider to be flung from his seat onto the road. 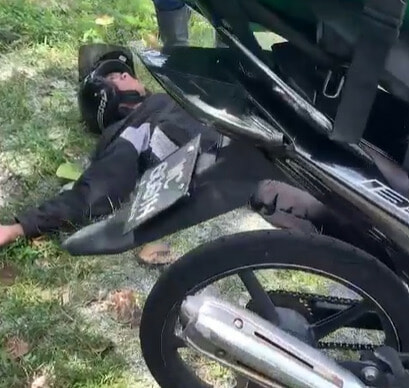 Amca and another man at the scene immediately carried the rider to the safety of the roadside. There, they called the ambulance and the rider’s family.

In Amca’s viral TikTok video, Amca explains to the rider how the accident happened.

Then, still trying to find his bearings, he asked Amca, “How is it that I’m a food delivery rider?”

In contrast to the rider’s previous questions, which Amca answered enthusiastically, he could not answer this one about being a food delivery rider.

Hence, there was an audible pause from Amca, which netizens noticed and found funny. 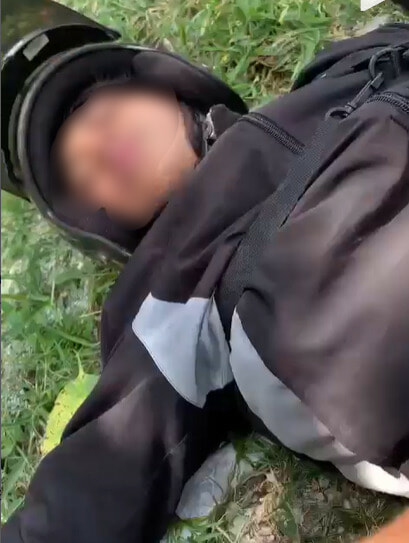 “Bro, he asked you how is it that he’s a food delivery rider, answer lah bro 😂,” said one netizen.

“I don’t know whether to laugh or be sad,” added another netizen.

Speaking to WORLD OF BUZZ, Amca said that the rider also asked a number of other questions.

“First, he asked how he got into the accident, if anyone else was involved, whether he hit anyone and why he’s lying on the grass.”

“Then, he asked about how he’s a food delivery rider, tells me that he feels like he’s seen me on TikTok and that he’s sleepy.”

Amca answered most of the rider’s questions as he wanted him to remain conscious.

“However, the question he asked about how he’s a food delivery rider, I couldn’t answer that one,” Amca admitted.

In the TikTok video, it says that the rider has been brought to the Serdang Hospital for treatment.

Although it was entertaining, we hope the rider recovers fully and has no permanent memory loss. 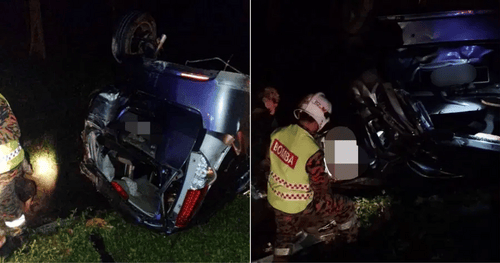