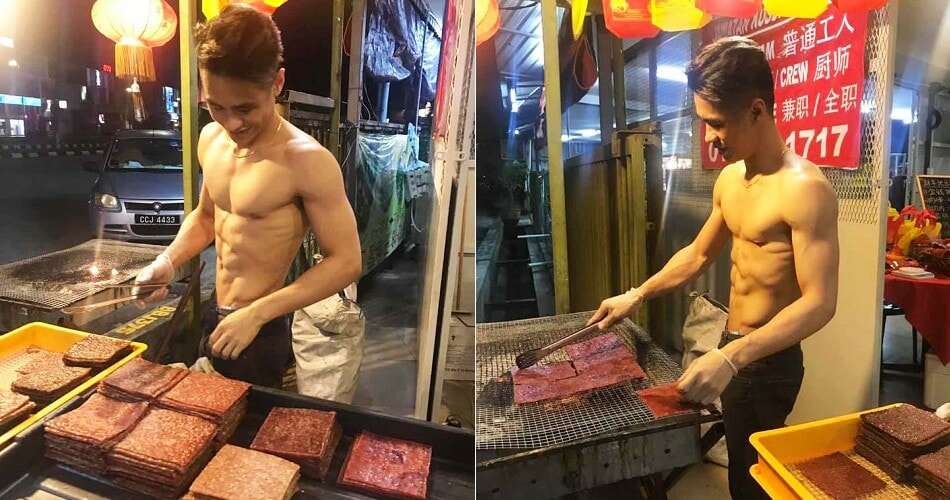 We have been blessed today with such a beautiful sight.

This Malaysian man became famous after several shirtless pictures of him selling Bak Kwa (dried meat) circulated on the internet. These pictures showing the man working hard whilst flaunting his abs and muscles were shared on his Facebook account as a way to promote his business and boy, that’s smart!

Along with those pictures, Siuhau Neo, who is from Kuantan, also shared a list of the products which he sells including Bak Kwa. Not only that, Mothership said that Neo also runs a seafood restaurant with his family in Kuantan. 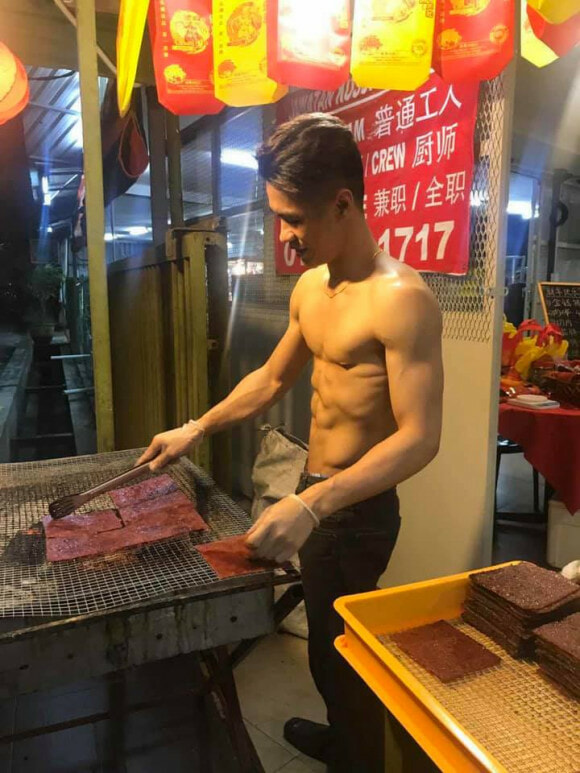 In his post, Neo also wrote that he sells items other than honey Bak Kwa. Some of the items in his shop are mentioned below:

He also promised that his products are “safe, delicious and hygienic” and he guarantees that his customers will definitely come back for more. I would definitely go back for those delicious Bak Kwa tbh. 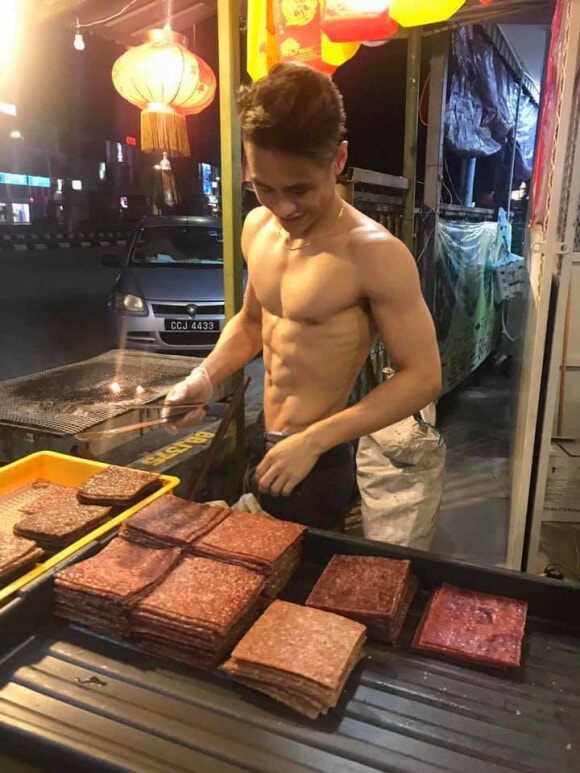 On the other hand, Neo is so charming and attractive that women of all ages are already smitten by him. In fact, Oriental Daily reported that a middle-aged lady even went up to him to feel his muscles. Maybe she was checking if those muscles were legit. Netizens who saw the photos were also charmed by him with some of them saying that they wanted to go to the stall immediately to buy some Bak Kwa. 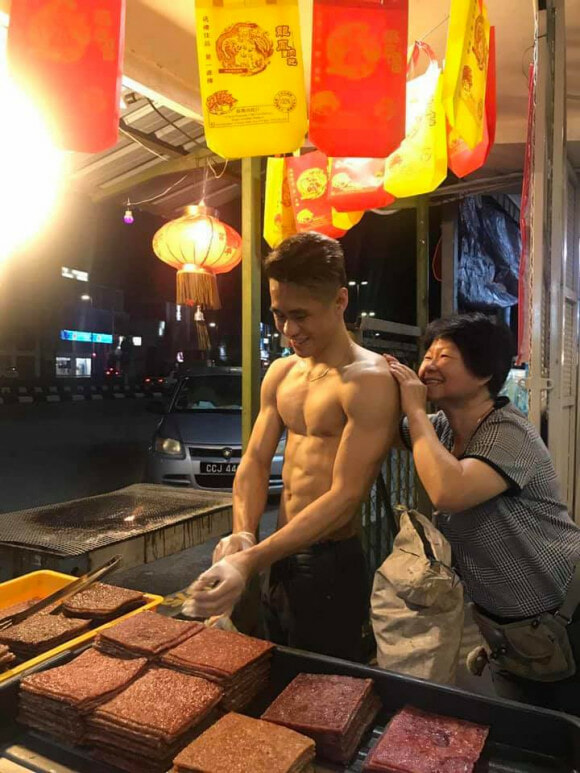 Well, Neo has definitely got a smart marketing plan as he flaunts his lean physique and at the same time, he manages to sell more of his products. So, if you happen to go to Kuantan, will you stop by Neo’s stall to get his Bak Kwa? Let us know in the comments below. 😉

Also read: Taiwanese Fire Fighters Are Causing Ladies’ Ovaries From All Around the World To Explode