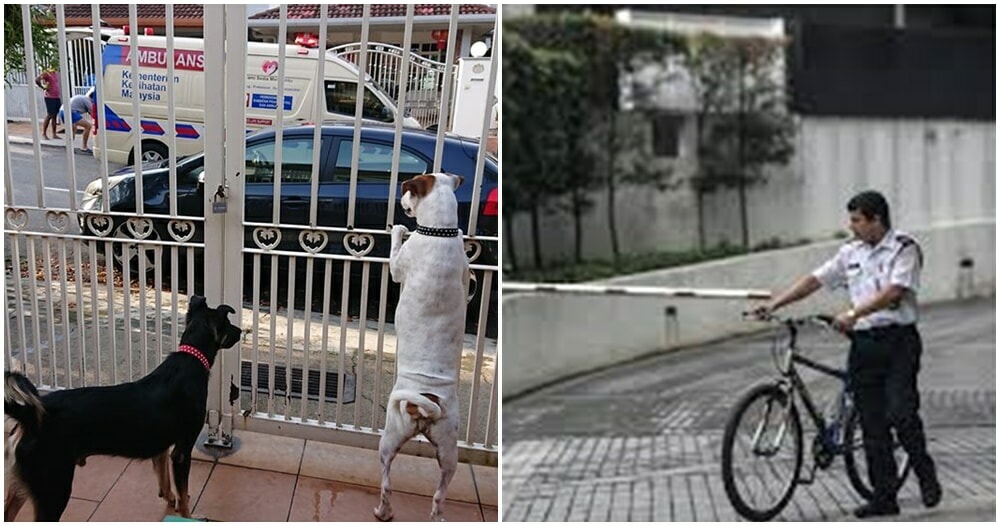 The good-est boys!  Doggos aren’t known by the title of “man’s best friend” for no reason. These furry friends aren’t just loyal companions, they’re also extremely alert and helpful when it comes to detecting situations where others are in danger.

Recently, a netizen took to Facebook to share the story of how her two helpful doggos saved a security guard from grave danger when he fell off his bike while patrolling in a neighbourhood early in the morning.

The netizen wrote: “Proud of you two! I was preparing breakfast at around 8am this morning. I suddenly heard two of them barking very loudly. I hurried out to find the cause of the commotion and found our neighbourhood security guard fallen off his bike, on the floor.” 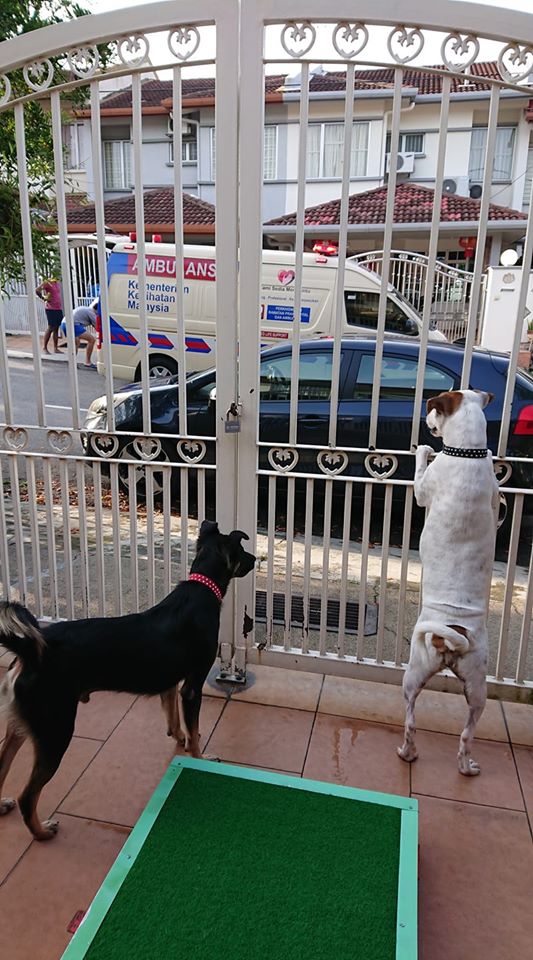 The netizen rushed to call 999 for help and asked her younger brother to get their neighbours so that they could lift the injured guard to the side of the pavement. While the ambulance took a while to arrive, the netizen credited her furry friends for being smart and alert enough to warn them that someone was in danger.

“If we didn’t have the dogs, the consequences would’ve been unthinkable! Because if they didn’t bark nobody would’ve known. This post is dedicated to our loyal doggos. They are more alert than humans, and many of them can save lives in an instant.”

Good job to these two heroic doggos! What do you guys think of this? 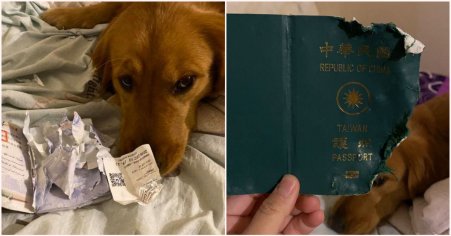