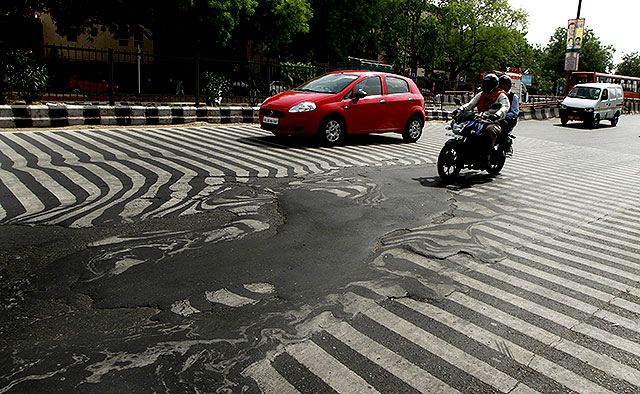 In less than 2 weeks, soaring temperatures in India has killed over a thousand people in the country. The picture above taken by Sanjeev Verma went viral after both the locals and people from other countries were shocked to see what the crazy temperatures have done to their roads.

These scorching heats are severely affecting Indian citizens especially underprivileged people who are not fortunate enough to have air-conditioning. Most of the victims were construction workers,the homeless and some elderly that couldn’t bear the soaring heats.

These unbelievable temperatures were recorded to be as high as 46.4°C, and are predicted to only subside about May 31st which is when the southwest monsoon hits the Indian mainland. Their meteorological department issued “red box” warnings signalling a grave risk of heatstroke and dehydration. Although Malaysia is also going through a heat wave, we must be thankful it wasn’t as bad as this.