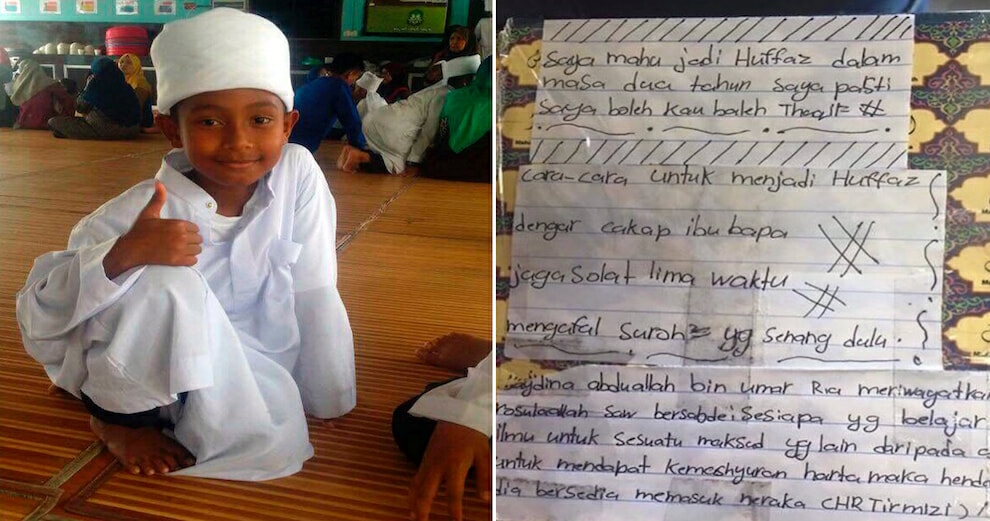 Malaysians all over the country have definitely heard the tragic news of the late Mohamad Thaqif Amin Mohd Gaddafi, who was badly abused by an assistant warden at his school.

11 year-old Taqif suffered a terrible bacterial infection, which is believed to be related to the beatings he received from the school’s staff member. The brutal infection caused blood clots that damaged his legs, causing both of them to be amputated.

The young boy’s condition unfortunately didn’t improve, and was set to have his right arm amputated, but the surgery was ultimately cancelled due to his unstable heart rate. 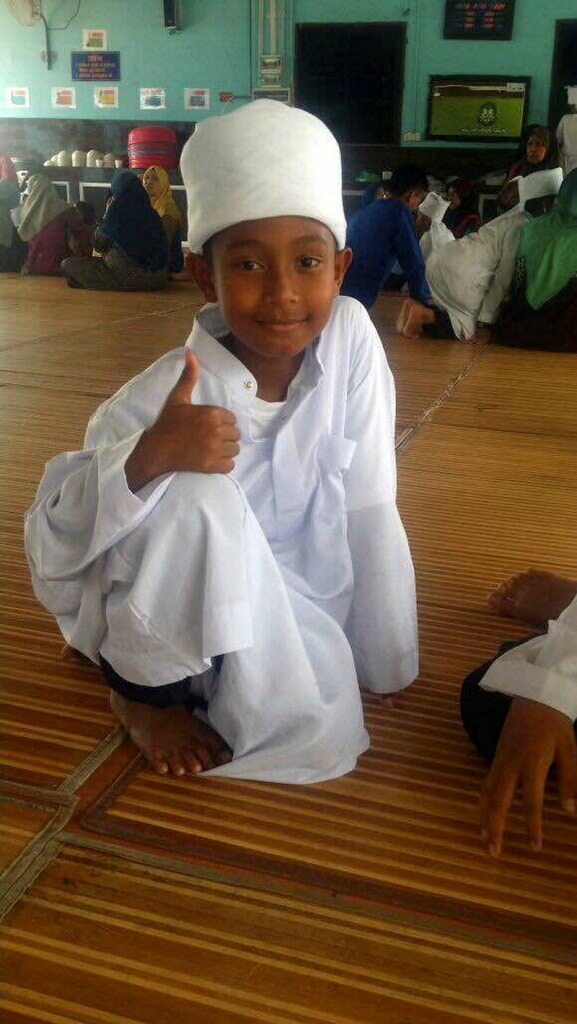 In a tragic turn of events, Taqif succumbed to his infection and passed away later that day.

Since then, photos of the boy’s diary have surfaced online, revealing his final entry before he left the school and fell sick. The entry details the abuse he was subjected to while he was enrolled at the religious school. 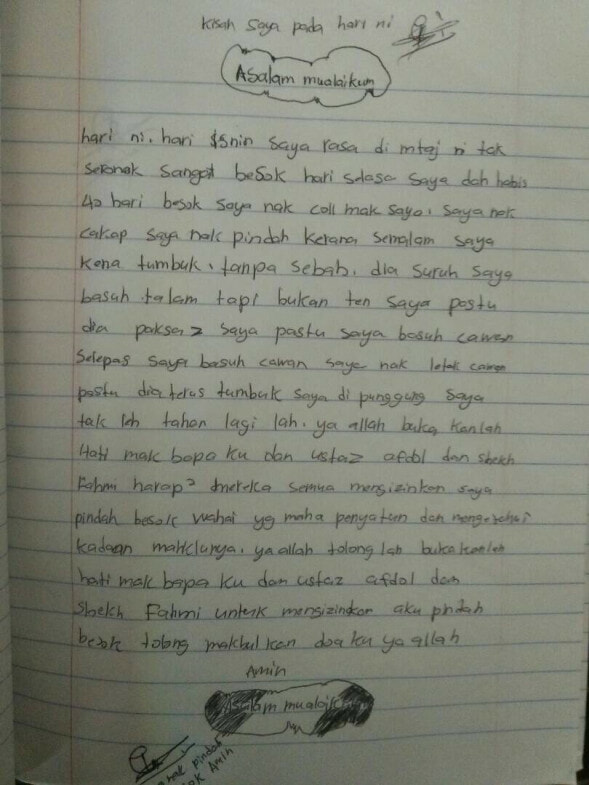 Excerpts from the boy’s above entry reads,

“Tomorrow, I want to call my mother. I want to tell her that I want to move away because yesterday I was punched. For no reason. He told me to wash the tray but it wasn’t my turn, but he kept forcing me to. I washed my cup.”

“After I washed my cup and wanted to put it down, he punched my bum.”

Another set of notes was also found in the boy’s personal al-Qur’an, which revealed his personal goals and hopes for the future. 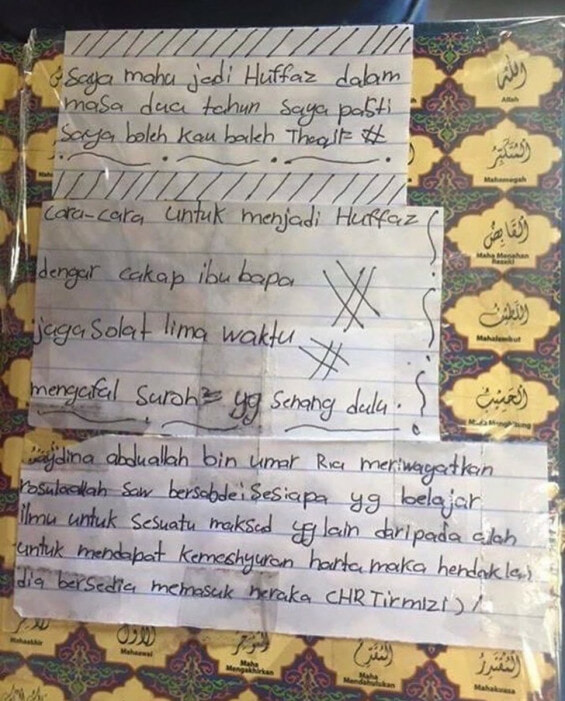 Taqif wanted to be a Huffaz, which is a person who has completely memorised the Holy Qur’an in its entirety. He listed out the ways he could achieve this, giving himself words of encouragement,

“Listen to your parents, pray five times a day, and memorise the easier surahs first.”

Unfortunately, the poor boy never managed to realise his life goals. We hope his family are able to cope with their tragic loss. 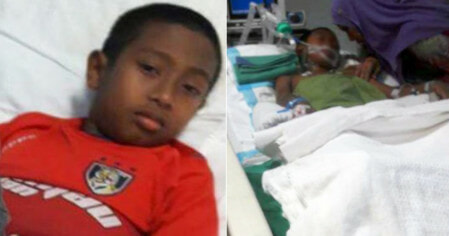