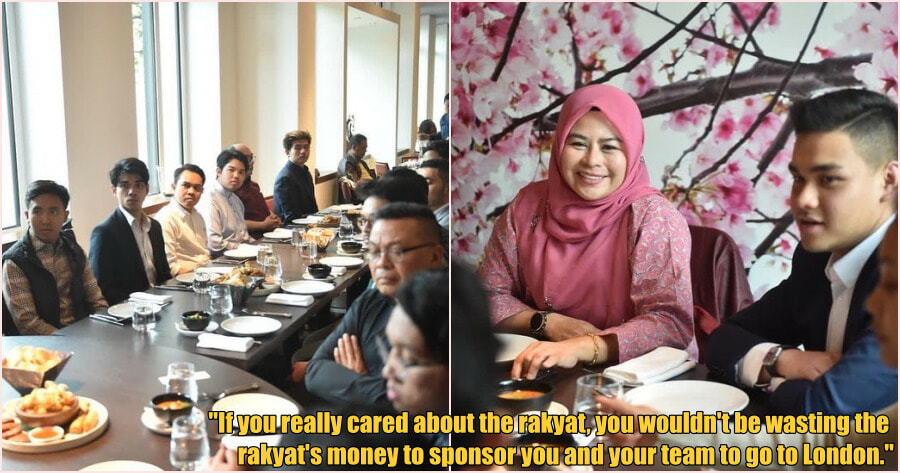 A number of our government members have been or are currently overseas on special duties and to attend events. However, it appears that Malaysians are less than convinced that their overseas trips even bring in any benefits for the country.

Recently, the Ministry of Higher Education shared that Minister Datuk Seri Dr Noraini Ahmad is currently in the UK.

Based on her Twitter posts, she has been visiting a couple of world renowned UK universities such as Imperial College as well as Oxford University.

On 22 May, the Ministry shared pictures of Noraini as she attended a meet up session with Malaysian students representatives from the ‘Badan Perhubungan Negara UK & Eire’ (BPNUK) organisation.

According to the post, the meetup session was held at a restaurant and that 35 students from all across the country came to meet Noraini and to discuss issues that they are facing as a student in the UK.

“It provided an opportunity for the Minister to interact and hear directly about the problems and future of Malaysian students abroad.”

The post did not go down well with Malaysians who accused her of having double standards when it came to Malaysian students based in the UK in comparison with local students.

“You won’t ever see or hear of an UMNO Minister going to countries that are not upscale as it is difficult for them to go shopping.”

One user said that politicians from UMNO have been doing this for years. “There are loads of Malaysian students in Indonesia, India, Pakistan, China and other countries which aren’t as upscale as the UK.”

A netizen pointed out that you have to be rich and fancy, only then will the Minister come visit and invite you to eat.

“In Malaysia? The Minister won’t entertain you. You are only small fry. You don’t live in London so the Minister can’t go holiday shopping,” stated a user.

“If you really cared about the rakyat, you won’t be wasting the rakyat’s money to sponsor you and your team to go to London. But, it’s not like you care anyway,” said a netizen.

A couple of users also questioned why she couldn’t have just hosted the session over an online video call instead of having to be there physically.

“Casual meetup sessions can just be held via an online platform,” said one user.

What do you think of it? Is it a clear example of double standards? Let us know in the comments.

Also read: “It was accepted by the US President” – PM Says That Biden Understood His Speech in BM 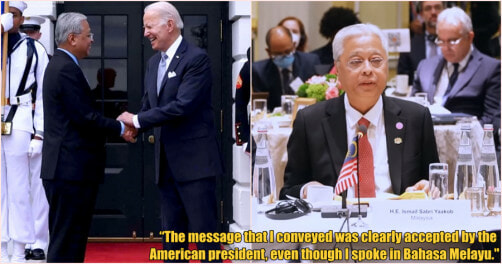