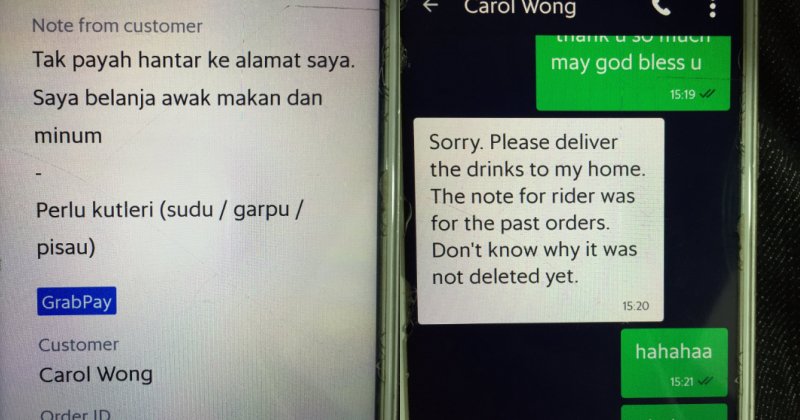 Sometimes the little things can make someone else’s day, but this was definitely not the case.

When making his delivery @afiqadeeb received a ‘false hope’ message when a woman by the name of Carol Wong messaged him stating that the drink she ordered was for him.

Feeling grateful at the blessing in disguise, @afiqadeeb took it upon himself to send a thank you message to Carol Wong. 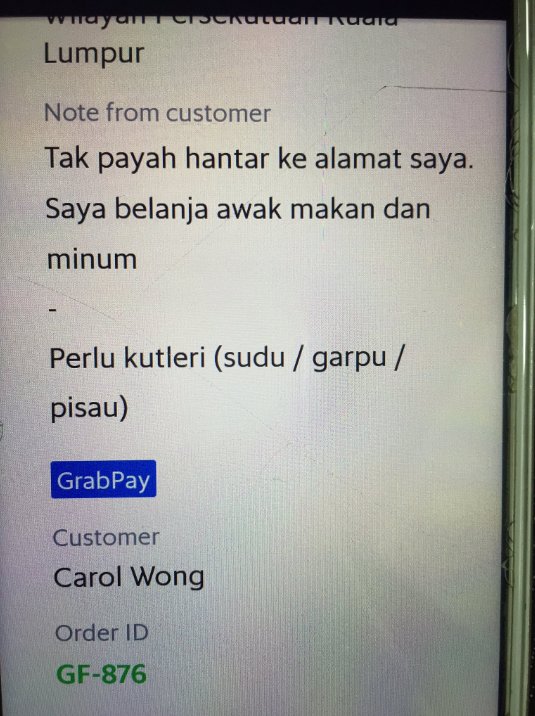 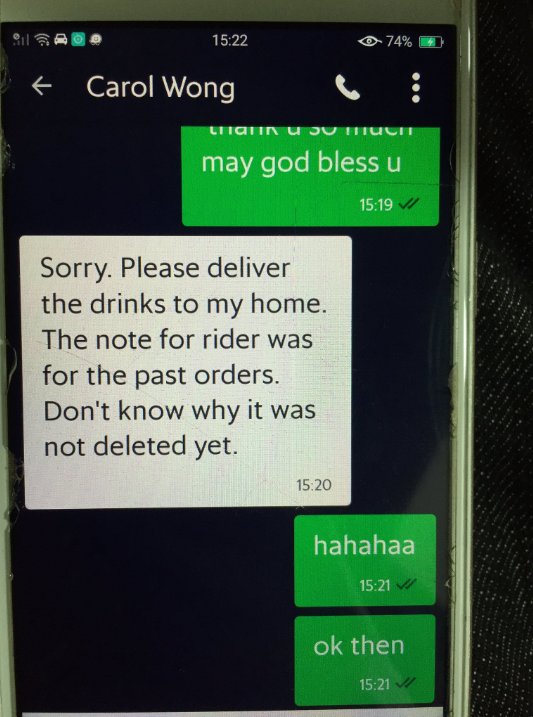 “Thank you so much. May God bless you.”

Understanding that it was a mistake, Carol Wong proceeded to reply him stating that she needed the drink she ordered, apologizing to @afiqadeeb stating that the note to ‘belanja’ the rider was for a previous order.

Being a good sport about it, he went on with his duty of delivering the ordered item to Carol Wong.

Taking to Twitter, @afiqadeeb writes of how Carol offered to tip him for his efforts. 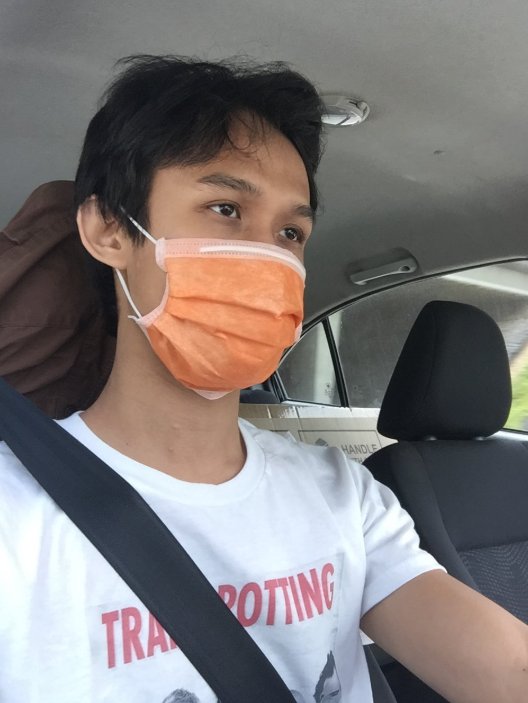 “I bet she is a nice person because she offered me tips. I was the one who was overly excited and because of the glitch in the app, I was unable to meet her in person.”

Reliving his hilarious experience, @afiqadeeb recalled the red flags that he faced should the order become a gesture of goodwill from Carol Wong.

“I was weirded out because it is impossible that she would treat me with RM60 worth of fruit juice, and it was only 3.30 pm at the time (as he was fasting).”

Despite becoming a ‘victim’ of a false hope story, there was light at the end of the tunnel when Grab commended and rewarded him with a token of goodwill. 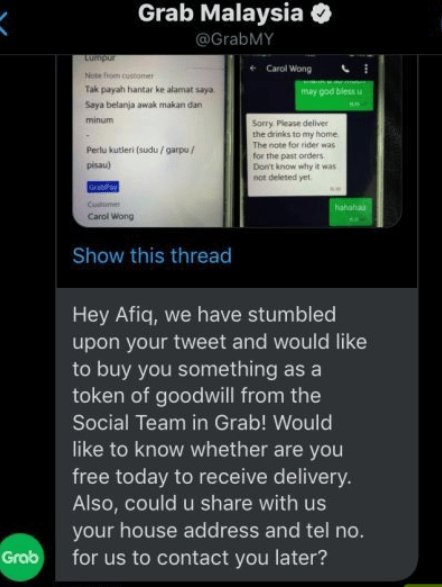 “Grab DM-ed me, and I told them to deliver the food to my mother instead, for her iftar.”

It is good to hear a happy ending for @afiqadeeb despite the confusion that took place. Let’s hope that @afiqadeeb and other food delivery riders out there continue to serve the nation with dedication especially during CMCO.

Also read: Man Criticises GrabFood Rider For Putting Order On The Floor But Netizens Fire Back 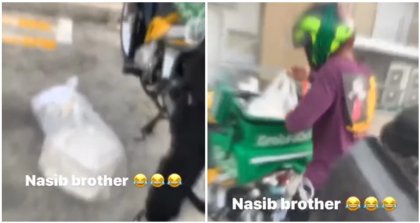