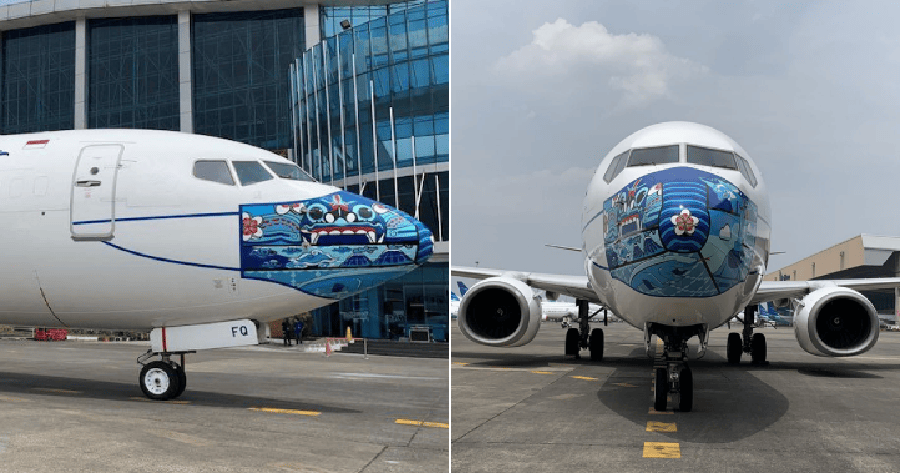 Looks awesome! Can’t wait for the next face mask design to roll out.

Garuda Indonesia, the national flag carrier of Indonesia recently took part in the country’s ‘Ayo pakai masker’ (let’s wear face masks) campaign against the spread of Covid-19 by donning most of its aircrafts with painted on face mask graphics. This was one of the face mask designs that was painted on to their Airbus A330-900 Neo: 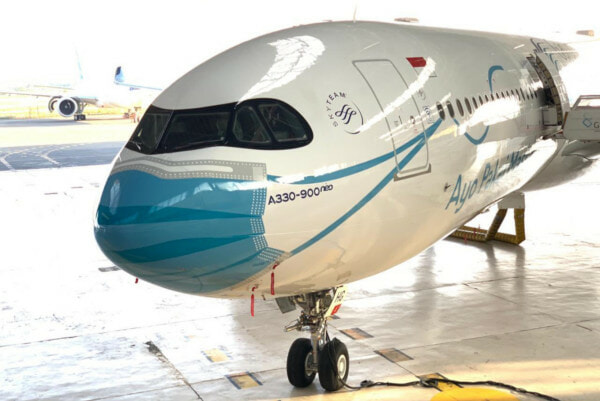 Garuda Indonesia’ planes then soared through the skies across the country as well as international routes with face masks attached, prompting praise for their unique promotion of Covid-19 SOP adherence to the public.

Well, if you think the above was amazing, Garuda Indonesia actually took it a step further afterwards. The airline launched a ‘Fly Your Design Through the Sky’ competition in the country whereby citizens can send in their most creative face mask design to be worn on the carrier’s aircrafts.

The competition took place between October 1 to October 9 and the winner of the first phase have already been chosen. In fact, the winner, Jailani Sidik, already have his design painted on Garuda’s Boeing 737-800NG aircraft. See the design as shared by Garuda on their Twitter account below:

In a press statement by Garuda, Jailani’s design was selected as a winner because of the details and cultural significance of his design. The statement reads,

“The design of mask livery comes with the cultural richness and the beauty of Indonesian nature that is shown by the authentic symbols such as Balinese Barong, the exoticism of Temple, the icon of Indonesian fauna – Komodo as well as other various Indonesian cultural and natural richness,” 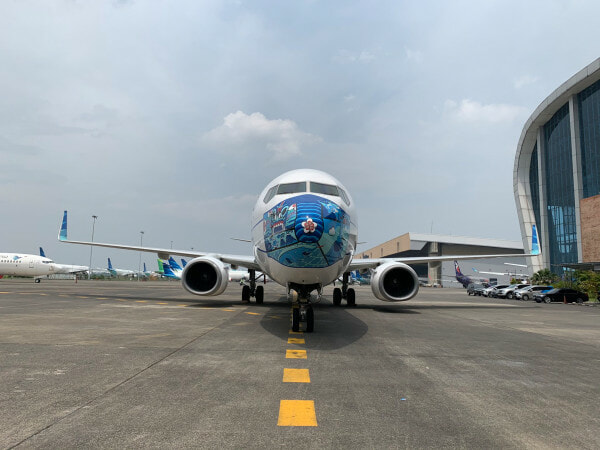 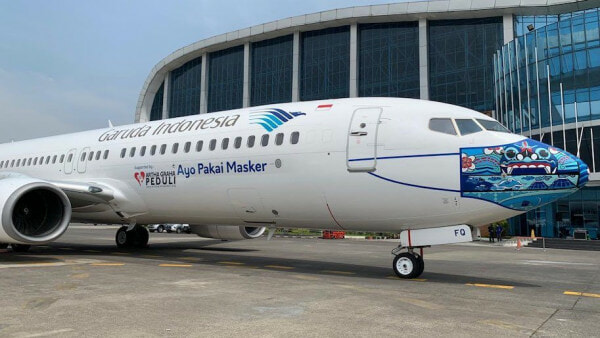 As reported by Business Traveller, the President and CEO of Garuda Indonesia, Irfan Setiaputra said that the aim of the competition was to raise awareness about the importance of wearing face mask during this pandemic.

What a nice gesture from the airline! Indonesia is the country with the most amount of Covid-19 cases in Southeast Asia and hopefully, this campaign by Garuda Indonesia would help to raise awareness in following SOPs against the spread of the pandemic there. 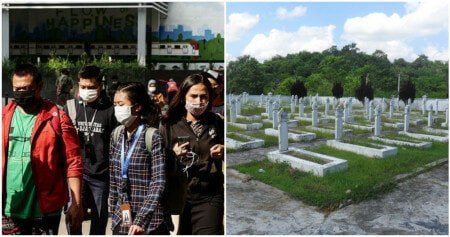