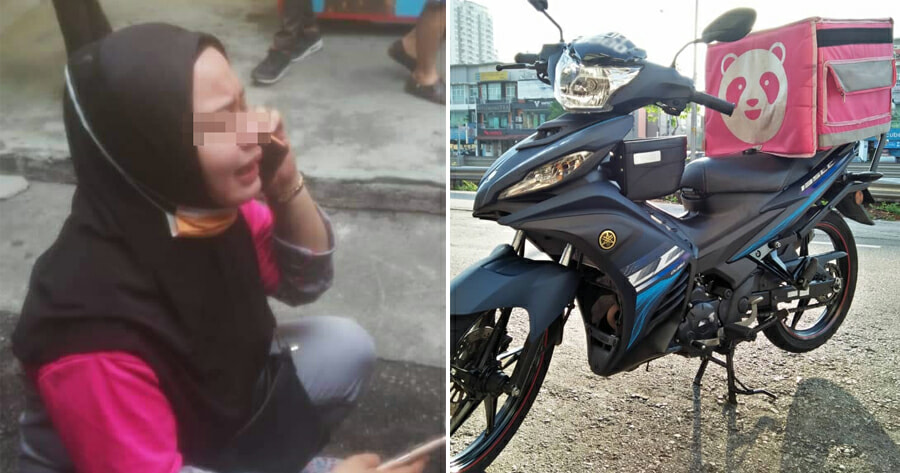 A woman who works as a Foodpanda delivery rider was heartbroken after her motorcycle that she used to make a living was stolen while she was on duty in Batu Caves, Gombak yesterday (4 November).

According to Harian Metro, the incident took place at 2pm when the woman had parked her motorcycle in the area and went to deliver food to customers. However, upon returning to the parking lot, she found that her Yamaha 135LC motorcycle was missing. 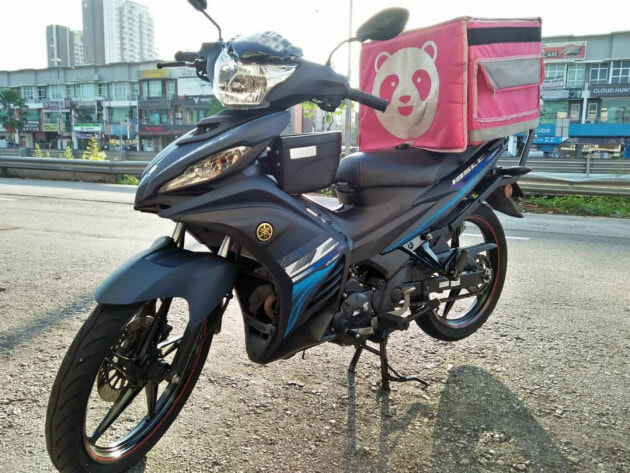 “Police are currently tracking down witnesses and examining closed circuit television (CCTV) footage at the scene to identify the suspect,” he said.

“Further investigation into the incident is being carried out in accordance with Section 379A of the Penal Code.” 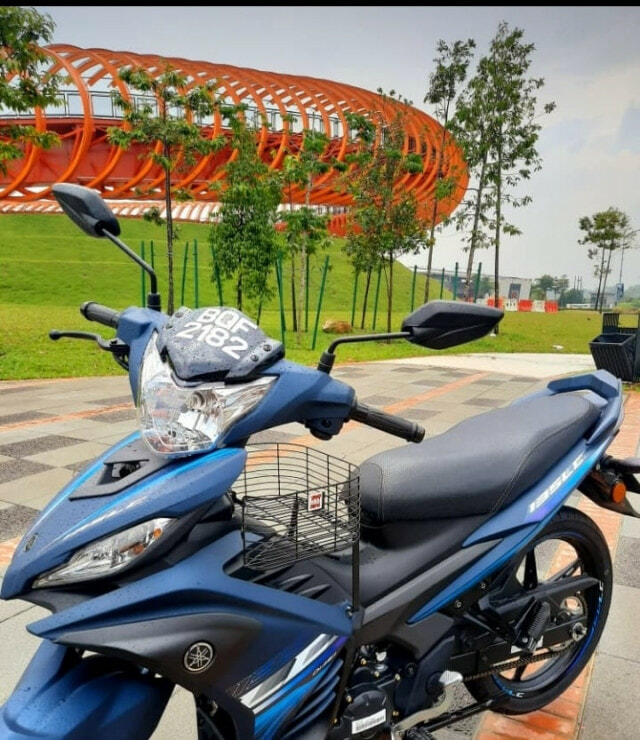 A Facebook page mentions that the incident happened at Giant Batu Caves where two men had stolen the bike with the number plate, BQF 2182.

Photos of the victim in distraught after finding out her motorcycle was missing was also shared and have been circulating on social media with many netizens spreading the photos on their own social media platforms in hopes of finding the suspect who stole the bike. 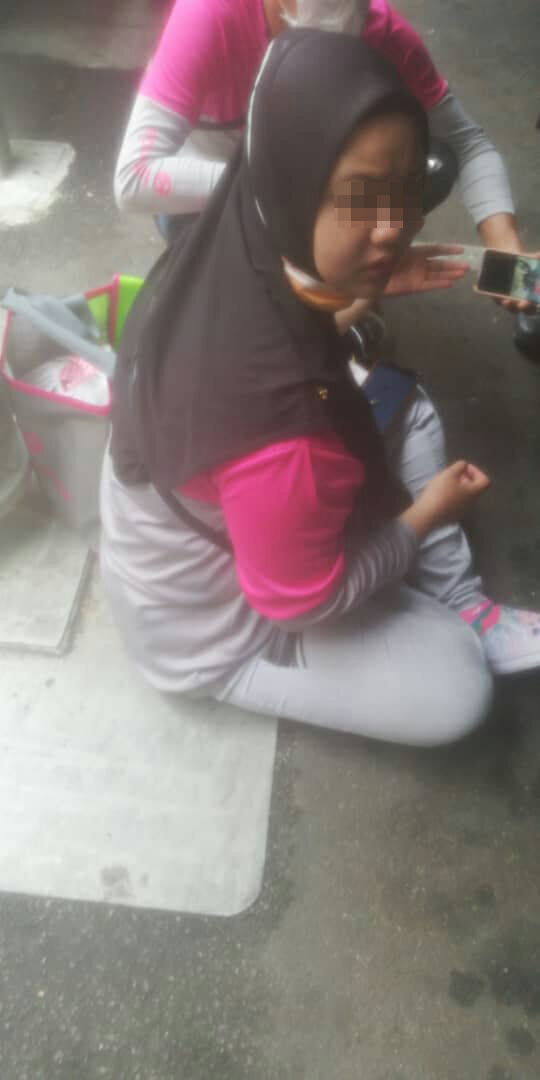 If you have seen a blue motorcycle with the number plate BQF 2182, please report to the police immediately. The suspects would probably have taken off the Foodpanda delivery bag to make it harder to spot. 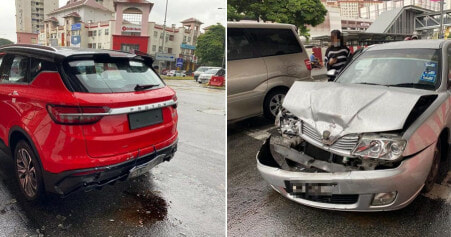