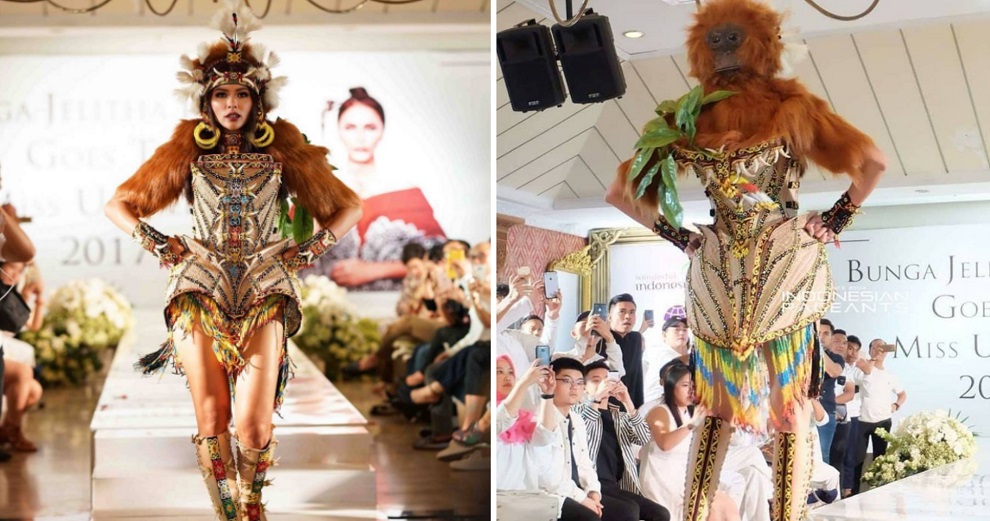 So, with the Miss Universe international pageant drawing nearer, more beauty queens around the world are revealing what they will be wearing for the highly-anticipated National Costume segment.

Just last week, our very own Miss Universe Malaysia revealed what she would be wearing to represent our country during the pageant’s exciting segment. The national costume she revealed immediately sent everyone into a frenzy when it was discovered that it was inspired by our local dish, ‘nasi lemak‘! 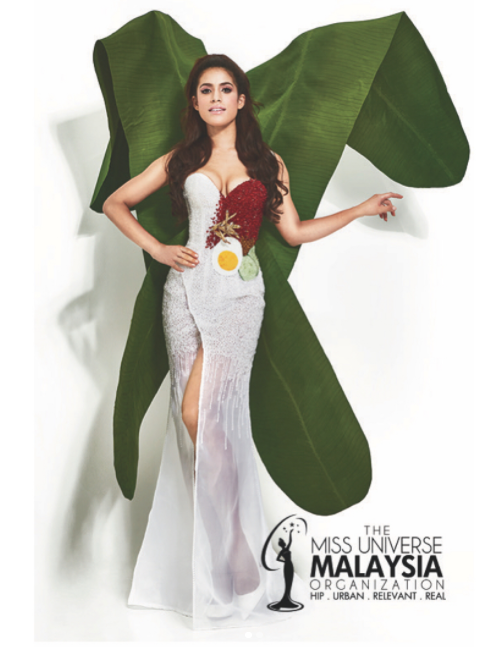 Now, it’s Indonesia’s turn to get excited about what their beauty queen will be wearing for the National Costume segment, because this one’s Orangutan-inspired! Yep, you read that right!

On the 5th of November at a local event,  Miss Universe Indonesia, Bunga Jelitha Ibrani, donned an elaborate costume titled ‘Warrior Of Orangutan‘. 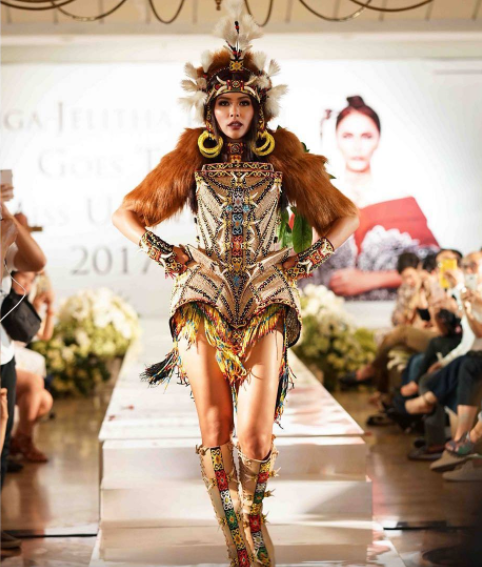 The costume’s elaborate headpiece was inspired by the Dayak tribe, who live harmoniously with nature and do their best to protect the forests. The designer, Rinaldy Yunardi, also added Kalimantan accents, symbolising fighters protecting the Orangutan and the Kalimantan forest.

The back of the headpiece has an Orangutan’s face, which reportedly represents the need for this endangered species to be protected from deforestation. 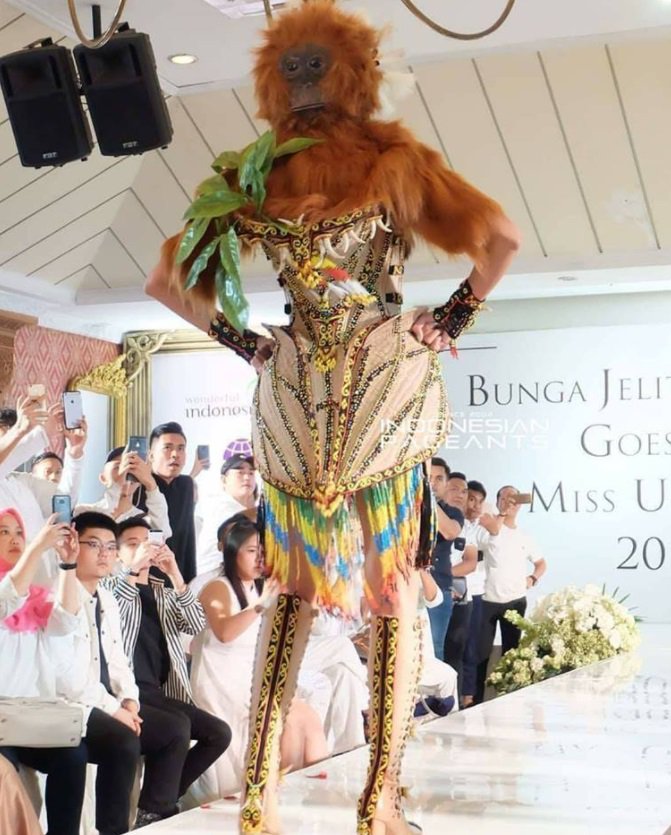 We’re loving the message behind this outfit, and can’t wait to see who wins this year’s Miss Universe pageant and nabs best outfit for the National Costume segment!

What do you think about Indonesia’s national costume? Let us know in the comments below! 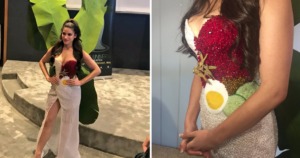