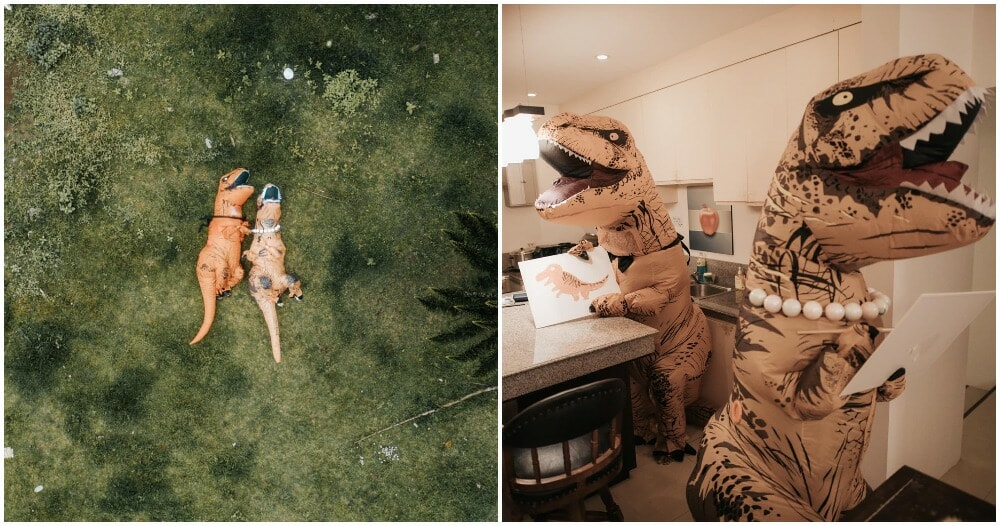 When talking about pre-wedding shoots, one would definitely think about flowers, flowy dresses and a pair of bright, smiling lovebirds.

However, one couple in the Phillippines by the name of Kyra and Patrick had another idea in mind on how they wanted to express themselves in their pre-wedding shoot. They opted to do it in inflatable T-Rex suits instead! As this is such a cute and quirky idea, their photos have since received plenty of attention from netizens who shared it with fervour.

“Your prenup photos don’t have to be so formal and stylized all the time. You can simply have fun because the most memorable photos are the ones that truly show who you are.” 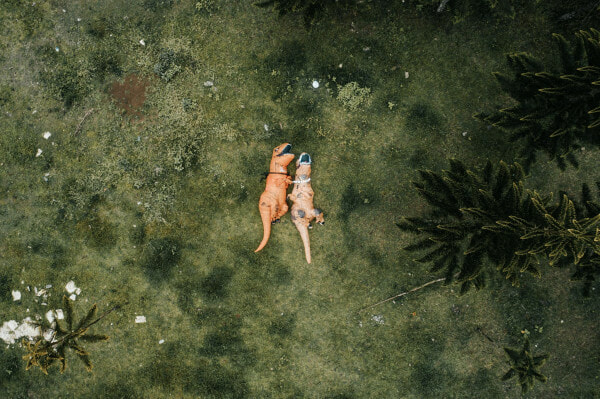 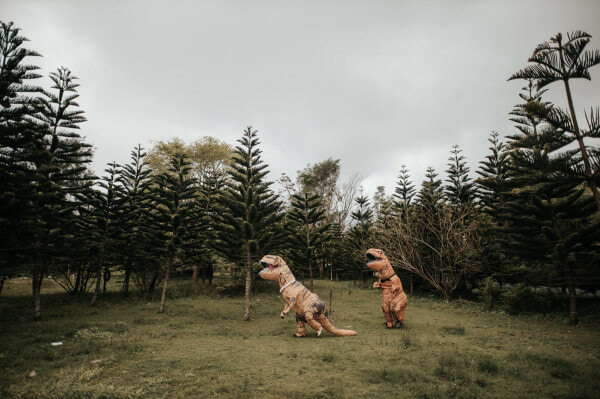 The pre-wedding shoot was done a few months prior to May 2021 but it was only shared with the public in recent times. The idea was from the couple as they wanted to show their silly sides. To do just that, they donned inflatable dinosaur costumes and did several activities that they enjoy such as getting Jollibee,  painting and playing a round of airsoft. 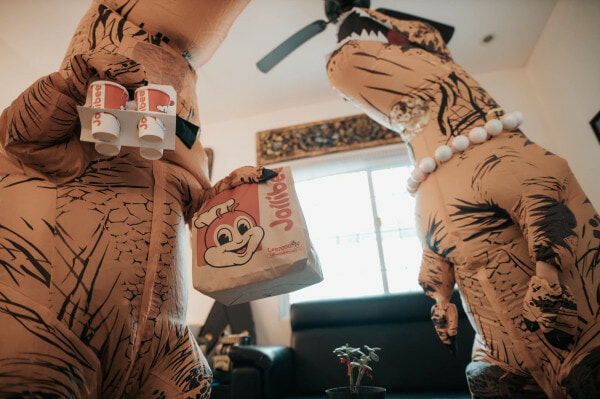 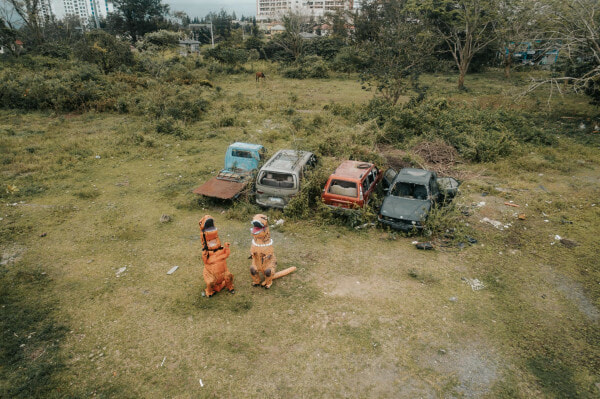 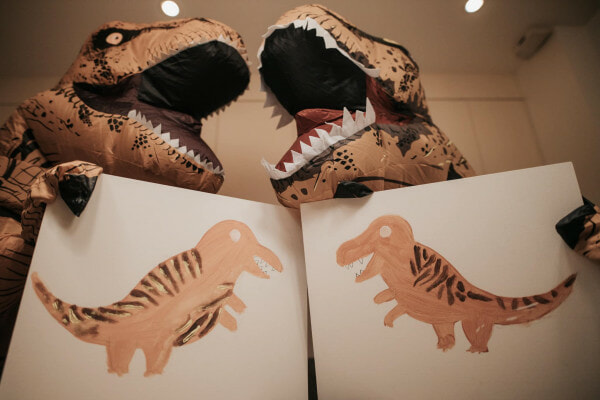 It is certainly a very fun series of photos to look through. If you would like to see how it all went down, there is a video on Thal Ruin Photography who took the photos and video for the couple! You can watch the video here. 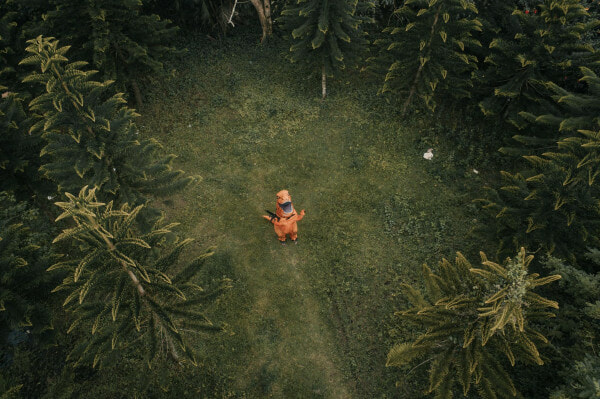 We’re looking forward to more of these shoots! Have you seen any other than this one? Let us know in the comments.

Also read: 70yo Grandma In Philippines Loves Park Seo Joon So Much That She Had Him During Her B’day Party 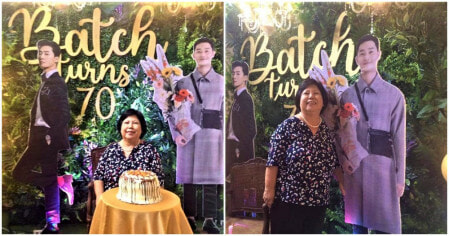