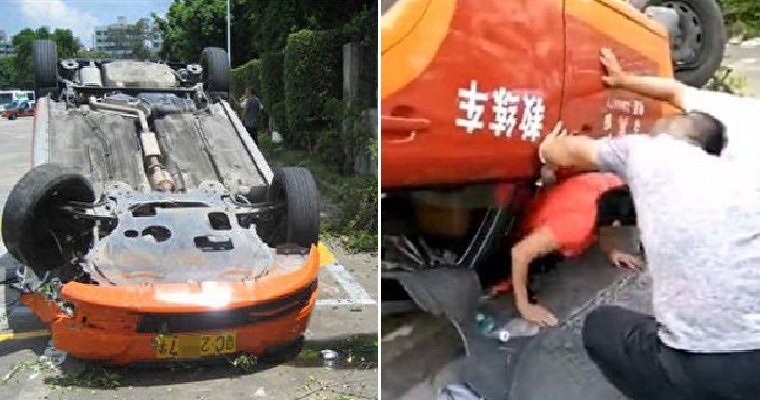 Do you remember when you went for your driving test and were so nervous that you would fail? Especially when you had to go through the “going up hill” test! While some of us probably had to do it more than once, this woman in Zhuhai, Guangdong, China went for her practical driving test for a grand total of eight times and failed every time. 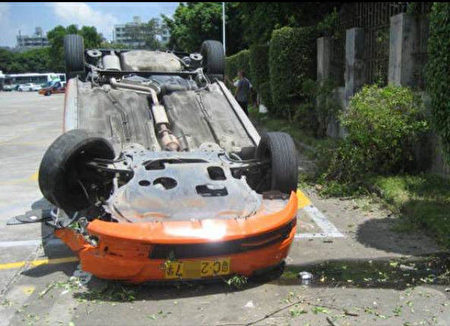 However, she not only failed her eighth time but she also got herself into a terrible car accident, according to Oriental Daily. The incident happened on August 18, when she lost control as she went through a “S” bend in the road and hit a tree, then a wall which caused the car to turn 180 degrees.

This resulted in the car finally flipping on its roof with its wheels pointing to the sky. OMG! Luckily, the woman didn’t suffer much injuries as she could still climb out of the car albeit shakily. In a video that shows some of the officials helping her out of the car, the panicked woman is coaxed out of the overturned vehicle while they said, “It’s okay, it’s fine. As long as you are not injured. Don’t panic, just unbuckle your seatbelt and come out.” 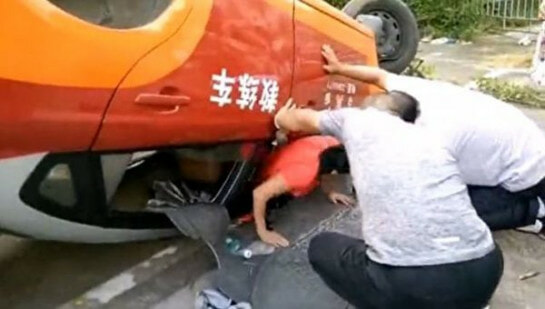 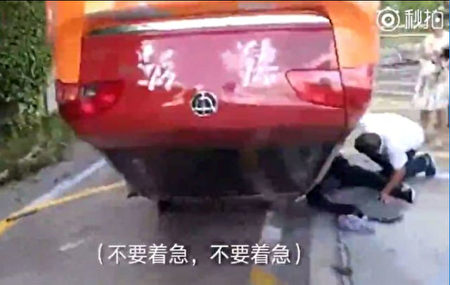 Apparently, when asked she said, “I stepped on the brake when approaching the bend but the car kept going faster so I stepped on it harder but it wouldn’t stop.” After she got over her shock, that was when she realised that she had stepped on the accelerator instead of the brake.

Poor thing! Hope she is fine! 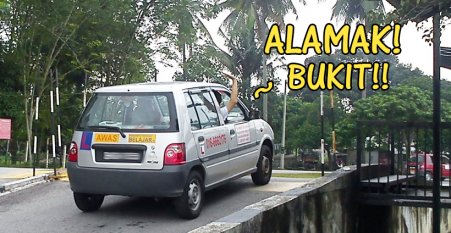