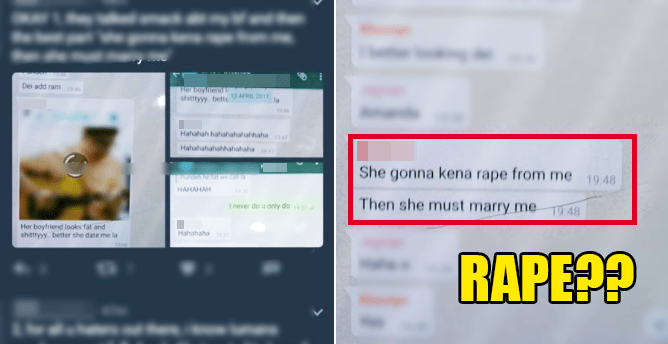 Recently, a thread of Tweets has received widespread attention among Malaysian netizens.

A female Twitter user, who is a college student from Petaling Jaya, expressed her outrage when she discovered a WhatsApp group run by male students.

This WhatsApp group is used to criticise and talk about the new batch of female students in their college. 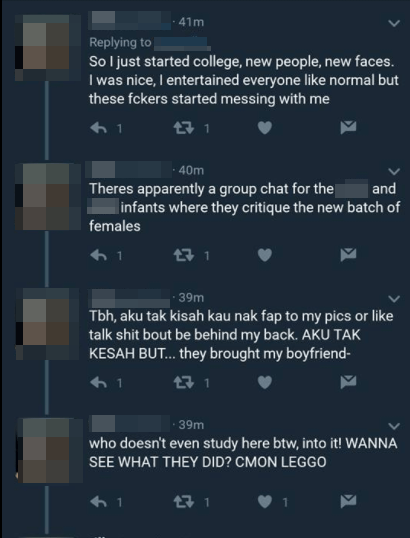 One of the the people in the group chat found her boyfriend on Instagram, then proceeded to say bad things about him. Worse, they didn’t even know the guy!

Things got from bad to worse when one of the people in the group chat started talking about wanting to rape her! 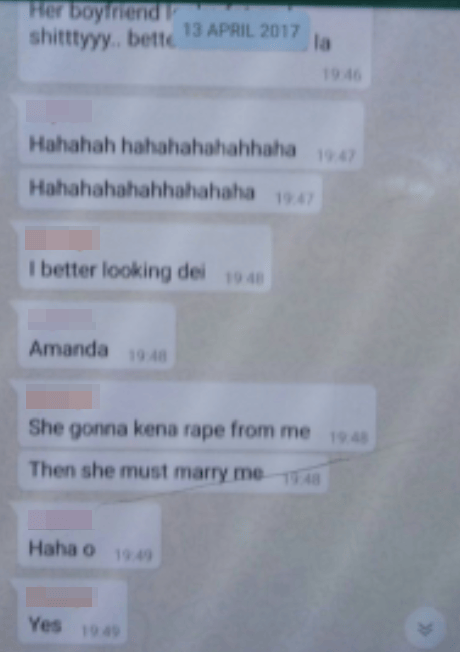 The girl then took to Twitter earlier today to provide an update on the situation. She reported the matter to her college and thankfully, it’s currently being sorted out. 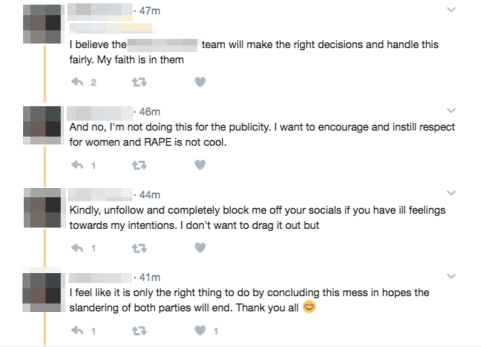 Last night (20th April), one of the individuals from this group chat reached out to us, expressing remorse over his actions. He said,

“I know that rape isn’t a thing that should be taken as a joke and I feel really bad for that. I respect women and I didn’t intend to offend anyone.

“Its truly right, just and equitable for people to give their opinion on how they feel (about my rape joke). This would teach not only me but any other guy that took rape as a joke.”

We’re glad that they have realised that what they said was wrong and harmful not only to the girl, but also to society as a whole.

Let this be an important lesson for everyone! Seriously, joking about rape is no funny matter. 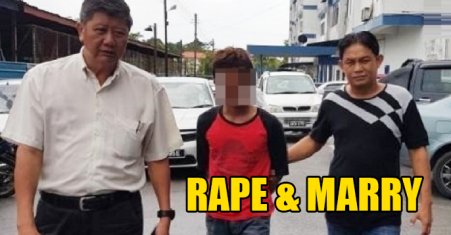