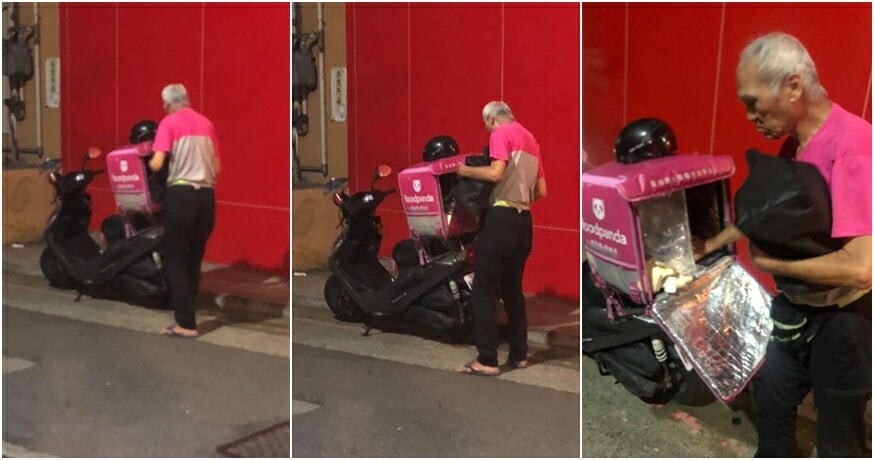 In times of economic instability such as the ones we are facing, finding a job and ensuring that we can be financially independent becomes a paramount concern for many people. Whether if you are a fresh graduate starting out or a seasoned corporate employee, the uncertainty of having a job in these times is evident on its own, which has led to many people turning to the gig economy to support themselves.

But for one Taiwanese netizen, he did not expect to encounter an elderly man to be a part of the new workforce trying to make ends meet during a time of economic crisis. 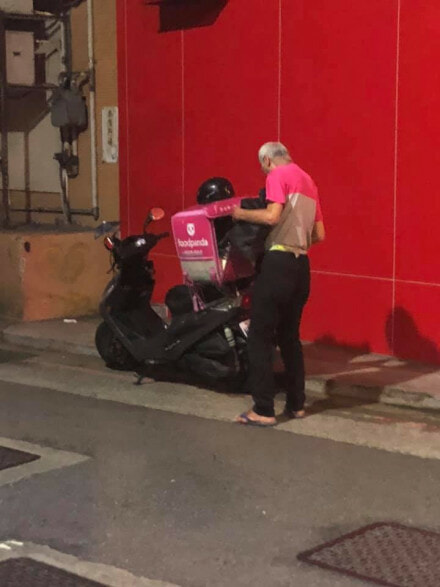 The elderly uncle working as a foodpanda delivery rider late into the night. 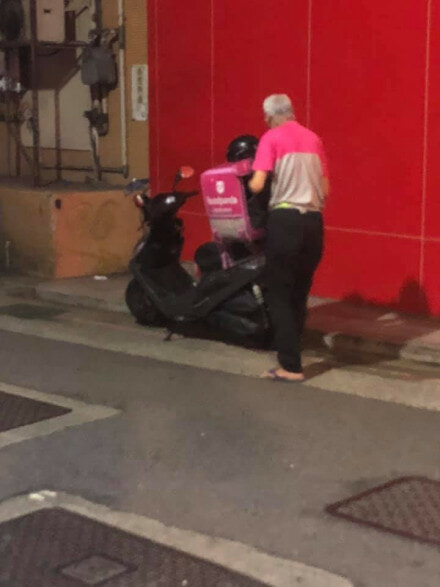 The netizen says he can’t help but see his own grandparents in the old uncle.

Through a Facebook post he made online, 陳柏陽 shared the plight of the elderly man he met one evening, and how despite bearing a head of white hair, continues to work tirelessly into the night as a FoodPanda delivery rider to support himself.

“Yesterday while I was out and about, I stumbled upon an elderly uncle who was working as a FoodPanda delivery rider. Seeing him work this late in the night, I felt like I was looking at my own grandparents working. 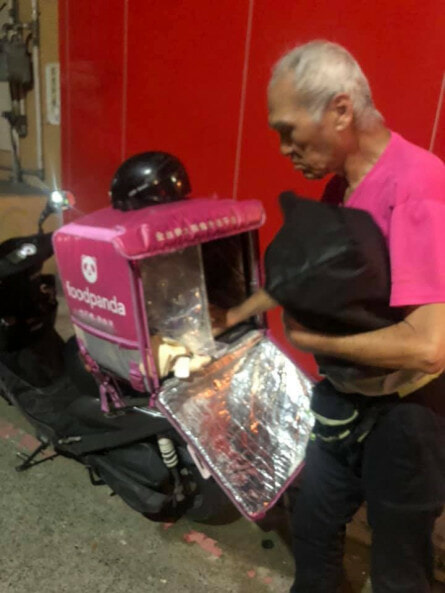 The elderly uncle said he was already 60-years-old.

Despite his age, he continues to work on his own to support himself, saying how he doesn’t mind working to ensure he has a stable source of income. To which the netizen then goes on to remind everyone else that in times like these, we all can’t help but to be thankful for the jobs we all have now, and to believe that while life may not be easy now, we must all remain determined to keep surviving. 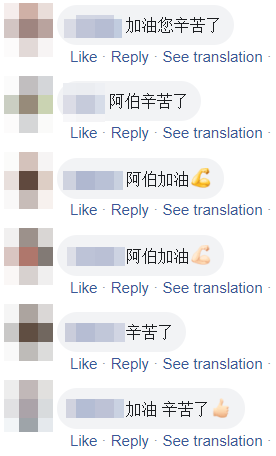 Netizens cheer the old uncle on.

The post, which has gained plenty of attention over social media, attracted a lot of praise from netizens who cheered the elderly uncle on, but also pity for the fact that he still had to work long hours at his age.

We hope that the elderly uncle manages to get the financial stability he needs out of his job, and wish him nothing but the best in his endeavours during this difficult time.