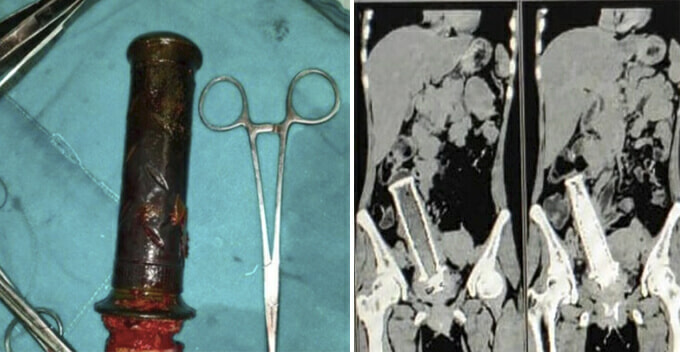 A young woman lost the ability to give birth after her husband forced a motorcycle handle into her body. This heartbreaking incident took place in Madya Pradesh, India two years ago but only came to light on 16th May 2019.

According to Mstar, the 30-year-old woman was rushed to MY Hospital after complaining of a severe stomachache. The on-duty doctors scanned her body and shockingly found a relatively large object inside her womb. 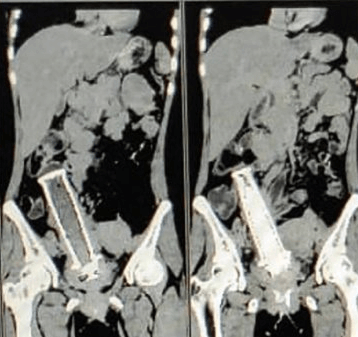 She underwent a CT scan, and the mysterious object was identified as a motorcycle handle which was stuck inside her womb. The mother to six children was immediately rushed to the operating theatre where 19 doctors took turns trying to remove the object in a four-hour surgery.

One of the doctors, Sonia Moses, said the husband forcefully inserted the handle into the victim’s body one day after he got drunk.

“The victim’s husband warned her not to tell anyone about it. The object was inside her womb for two years and it has affected a few other internal organs.

“Her womb is completely eroded and it has to be removed. However, we managed to save her bladder,” the doctor said. 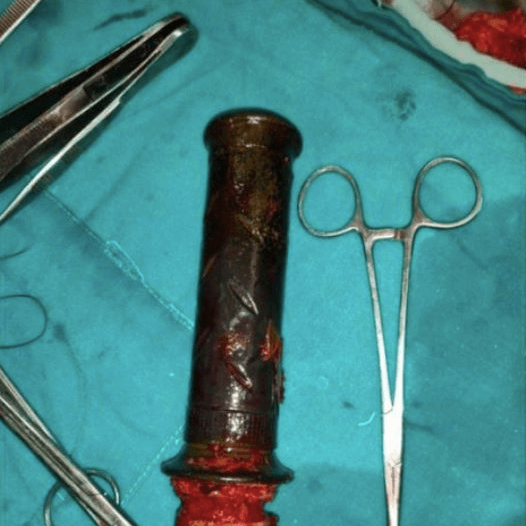 At the time of writing, the victim has regained consciousness and is being treated in the ICU. The abusive husband was taken in by the cops for investigation.

Hopefully, the husband will get maximum punishment as he has ruined the life of a woman that he was supposed to protect. 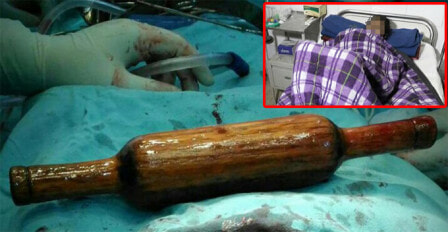