While everybody loves street justice, let’s just try not to take it too far.

Very recently, a man was caught by passersby in a mall after he allegedly attempted to rape a 21-year-old lady in the female washroom. Giving him his just desserts, the men who caught him gave him some beating while the lady, who is assumed to be the victim, gave him a few angry kicks.

The victim, Farah, described the man to appear ‘weak’ hence she suspected that he’s a drug addict. This incident happened in a shopping mall located in Sentosa Plaza, Alor Setar.

Apparently, the 31-year-old perpetrator was hiding near the female washroom before he attacked the female victim. Farah had just come out of the toilet when the man appeared and pushed her back into the bathroom before locking the door behind them. The man even punched her in the face and abdomen when she tried to fight back!

As he put his hand over the lady’s mouth to mask her shouts, the victim took that opportunity to bite his hand and screamed loudly for help. Her screams made the suspect panic and it also alerted the shoppers nearby as well as some of the employees who were working at the nearby phone kiosk.

These passersby sprung to the rescue and managed to apprehend the drug addict while he tried to flee. After giving him a little taste of street justice, they dragged him one floor down while they waited for the police to arrive. 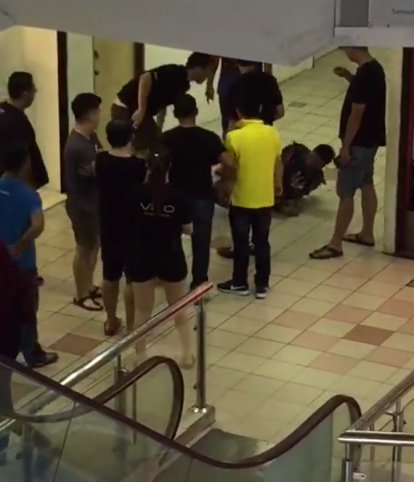 According to Oriental Daily, when police arrived at the scene, they searched his body and found meth on him. It was reported that the man suffered serious injuries from getting beaten up and later had fallen into a coma.

Farah expressed how this incident left her traumatised. She had only worked in the mall for six months and such a frightening incident had to happen to her. She revealed that ever since, she had been having sleepless nights. Poor girl 🙁

After the video went viral, the suspect’s twin sister expressed her outrage of how the shoppers had beat up her brother and hope the police will look further into it.

Netizens shared mixed reactions with some agreeing that the man who’s doing no good for society deserved what he got while others expressed how civilians shouldn’t be interfering by ‘teaching him a lesson’ and should’ve left it to the authorities. What do you think about it? 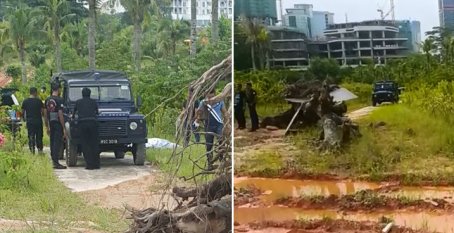