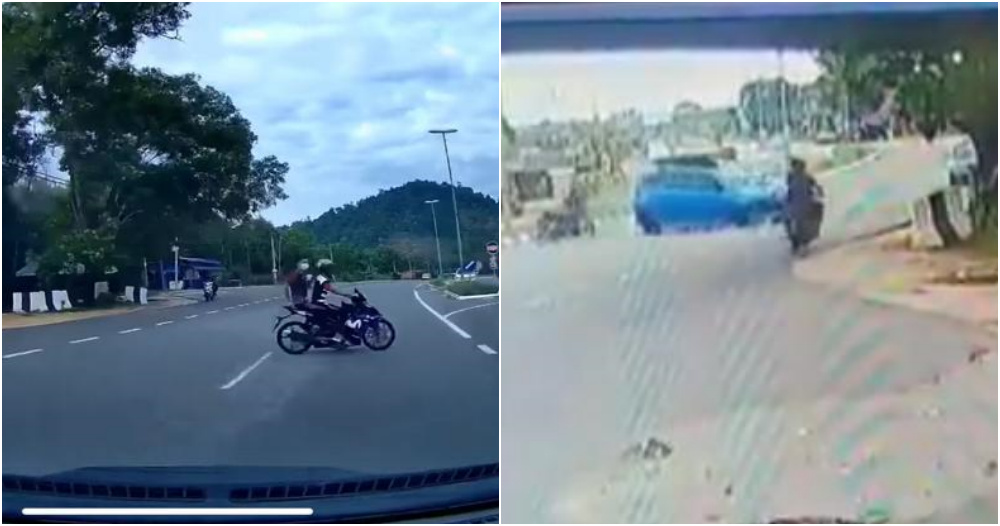 Two men were injured yesterday, 24 December, when they were suddenly involved in an accident after a Perodua Alza crashed into their motorcycle near Kampung Bukit Merah, Terengganu.

One of the victims, unfortunately, broke two of his fingers and the other broke his left thigh.

The dashboard camera footage of the incident has caused outrage among netizens since its circulation on a Facebook group as they try to figure out who is at fault in the accident.

In the incident which happened at 8.45 am, the footage shows the Perodua Alza trying to dodge a motorcycle that suddenly dashed in front of him, causing the driver to lose control of his car and slam into another motorcycle that the two victims were riding on.

According to Kosmo!, Dungun District Police Chief, Superintendent Baharudin Abdullah said that the accident was caused by several vehicles as the Perodua Alza lost control after trying to dodge the initial motorcycle.

“The 33-year-old driver of the Perodua Alza vehicle lost control after dodging a motorcycle that suddenly came out of the left junction,” he explained.

“The vehicle then skidded to the left side of the road before colliding with a motorcycle carrying the two victims who happened to be riding against traffic,” he added on.

Baharudin also said that the impact of the accident caused the two victims to be thrown from the motorcycle.

He then explained that the two friends were rushed to the Emergency Unit of Dungun Hospital to receive treatment.

Also Read: Beware! There’s Been 5 Accidents On The North-South Expressway This Week Alone 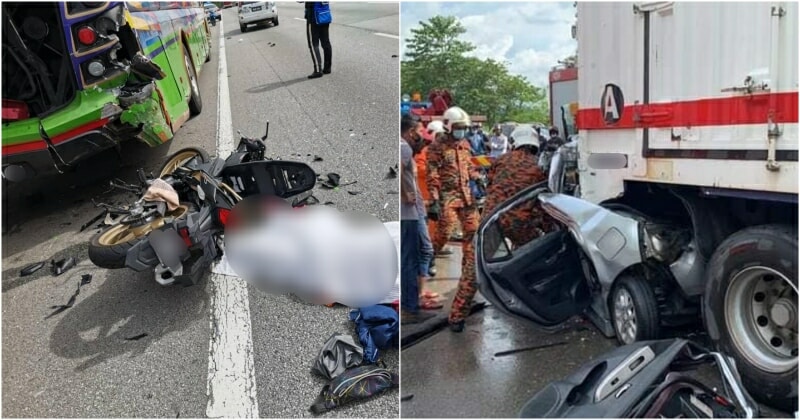