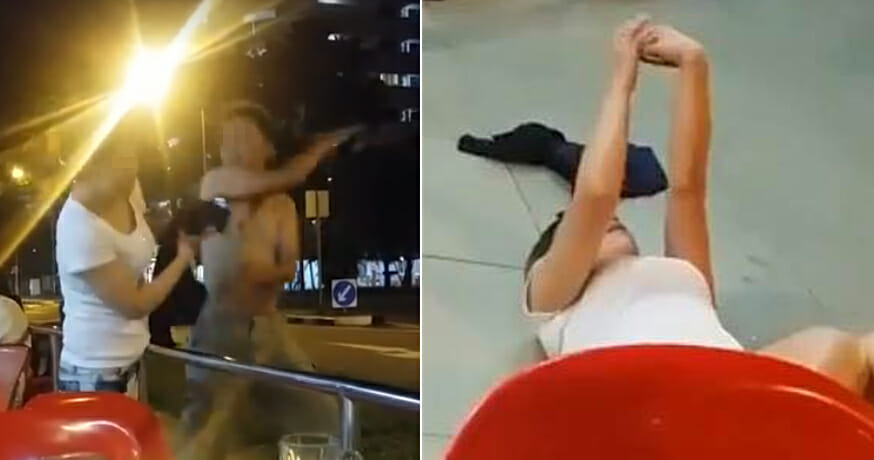 Now this is why couples should not fight in public. Sort your problems back home lah unless you want to provide us some entertainment.

Recently, a video clip of a couple engaged in a bizarre fight had gone viral on Facebook. The incident that happened at a coffee shop at Block 684, Hougang Avenue 8 in Singapore was captured and uploaded by a Singaporean netizen on March 31 around midnight.

After watching the three-minute video, we’re just as puzzled and amused by the incident as Singaporean netizens were.

The video starts off with a woman, believed to be from China based on her accent, who can be seen asking the man to touch her while pointing at her head. “Come on, try touching me once. Can’t you do it since you are Singaporean?” she taunted the man.

She repeatedly questions the man if it isn’t possible for him, because he’s Singaporean. She even used her breast to attack the man by shoving it towards him while pulling down her shirt. Woah, chill lady.

The woman then shouts at the man, provoking him to try hitting her once. She grabs his hand and flings it towards her direction, and grabs him by his shirt violently. The man leaves both his arms wide open, possibly signifying that he wasn’t going to hurt her. 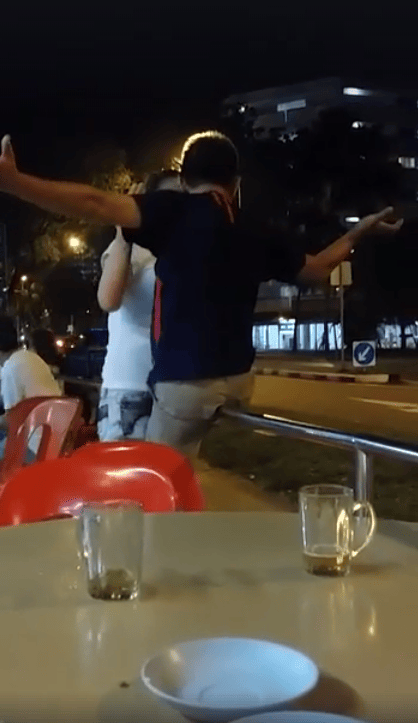 Being the drama queen she was born to be, the woman turns around and asks everyone in the coffee shop to place their attention on them. By now, we’ve lost count of the number of times she has said the same remarks over and over again. You gotta change your script gurl. 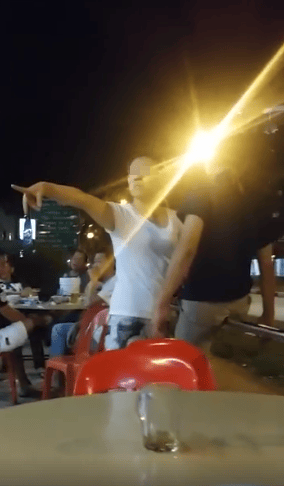 Frustrated by her taunts, the man shouts that he does not hit women in their face, and mentions breaking up. He then strips off his shirt with the help of the woman and climbs over the metal railing, shouts something we can’t decipher, before delivering a slap to her face. Omg. 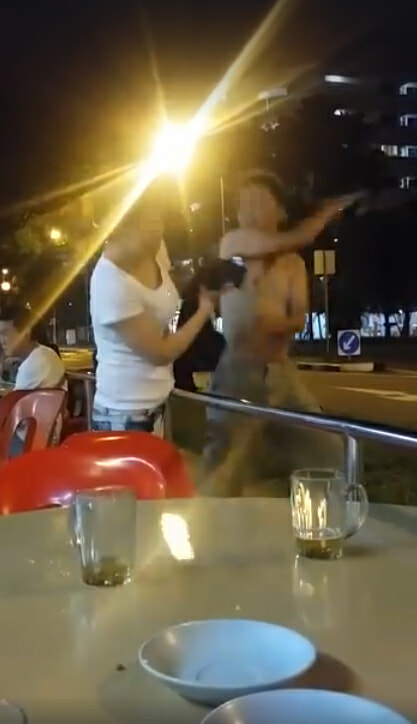 Shocked that she actually got her wish granted, the woman points at the man for seven seconds and collapses dramatically onto the ground, rolling around. The coffee shop patrons could be heard cheering and clapping at her spectacular act. Seems like an exciting show for them! 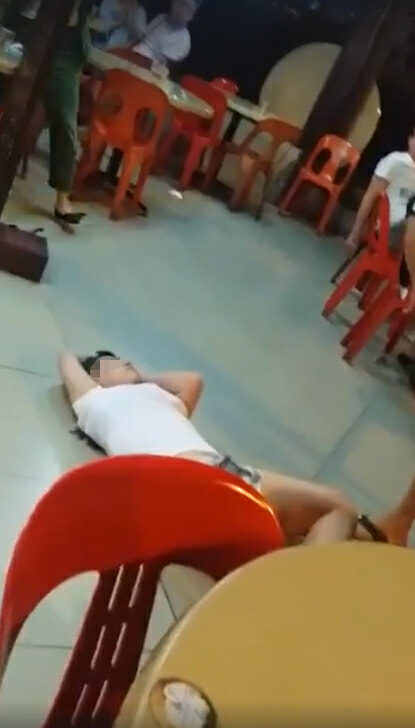 However, another woman clad in a dark green jacket charges towards the topless man with a glass mug in her hand. She misses her aim at the man’s head, and the mug falls, smashing onto the ground. A coffee shop patron then steps up to stop the fight.

Meanwhile, the woman lying on the floor starts wailing loudly like a child, holding onto her throbbing left cheek, hot from the slap. Suddenly, she stops sobbing and holds up her mobile phone, tapping on the screen. She then places it on her right ear, presumably calling someone. 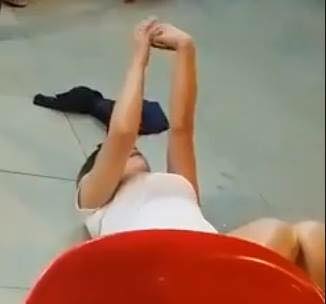 Singaporean netizens were clearly entertained and amused over the scuffle, as the viral video now has 2,000 likes and 10,000 shares on Facebook. Most of the comments were from netizens laughing at the woman, calling her a drama queen. Well, she has the potential. 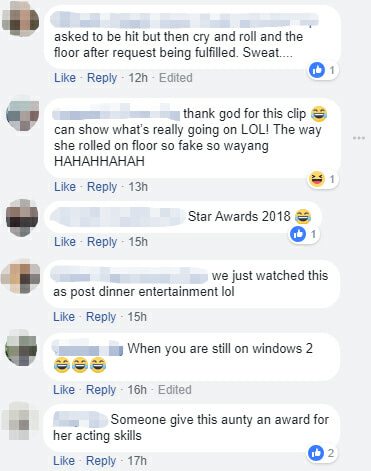 They also started speculating that the woman was taking a selfie and editing it while lying on the floor. #potd 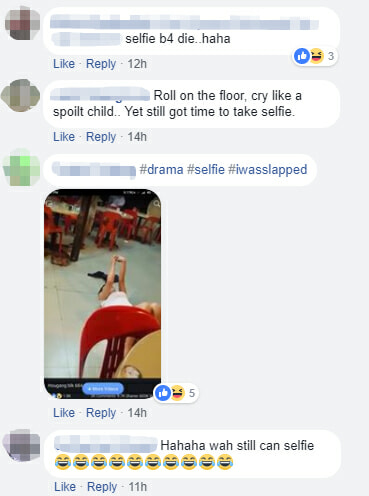 Meanwhile, another netizen pointed out that she was using the face recognition feature on the mobile phone, which looked like an iPhone X.

According to the Straits Times, the police were alerted to a case of voluntarily causing hurt at about 12.30am. It is unclear what had caused the fight.

“The parties involved were advised on their legal recourse,” a spokesman added.

Check out the amusing incident here:

To all couples out there, please resolve your brawls back home okay.

Also read: This Couple Did the Most Millennial Thing After Their Home Almost Burnt Down 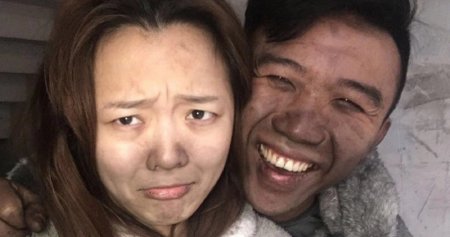