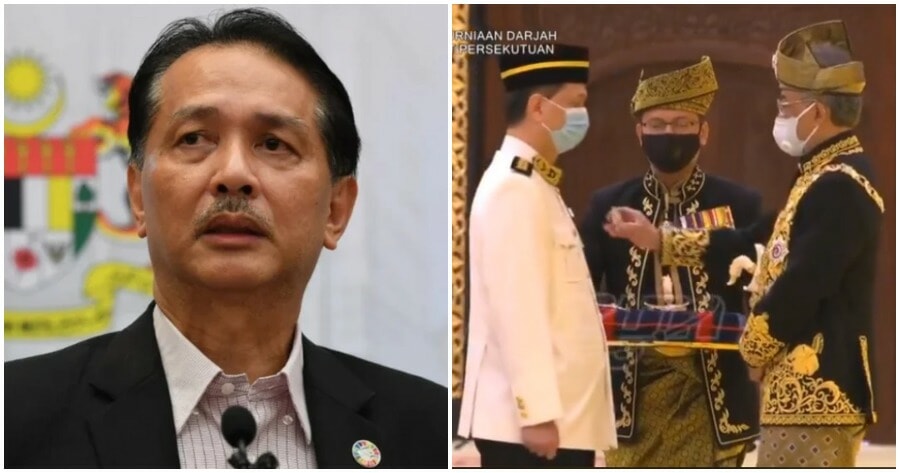 Our Health Director-General Datuk Dr Noor Hisham Abdullah has just been honoured with the title ‘Tan Sri’ after receiving the Darjah Panglima Setia Mahkota (PSM)! This is in conjunction with the birthday of the Yang di-Pertuan Agong, Sultan Abdullah Sultan Ahmad Shah. 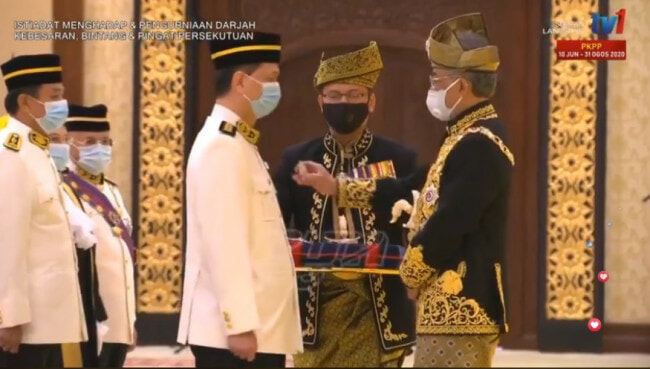 According to Bernama, 11 others also received the Darjah Panglima Setia Mahkota (PSM) namely:

You can watch the ceremony here:

Tan Sri Datuk Dr Noor Hisham Abdullah has been in the spotlight ever since the Covid-19 outbreak hit Malaysia. He has since been deemed a hero for handling the Covid-19 situation with his knowledge and calm approach. He has also since received recognition internationally and has several awards on his success in leading the fight against Covid-19 in Malaysia. 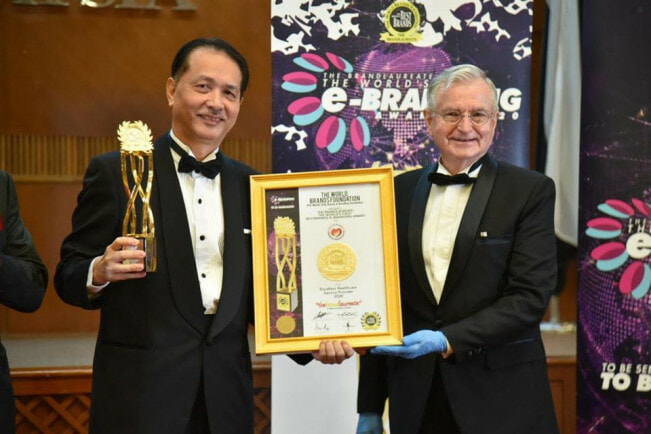 This is in addition to being recognised as one fo the ‘top doctors’ in the world as named by Chinese state television network CGTV.

He was named alongside America’s Dr Anthony Fauci and New Zealand’s Ashley Bloomfield, and all three were lauded for their calm demeanour, and above all for being a trustworthy source of information for their respective countrymen, allowing the nation to continue making the right decisions when dealing with this pandemic.

Congratulations Dr Noor Hisham! You certainly deserve this award and we are extremely proud of you!

Also read: Here Are 7 Things You Should Know About Our Health DG, Dr Noor Hisham