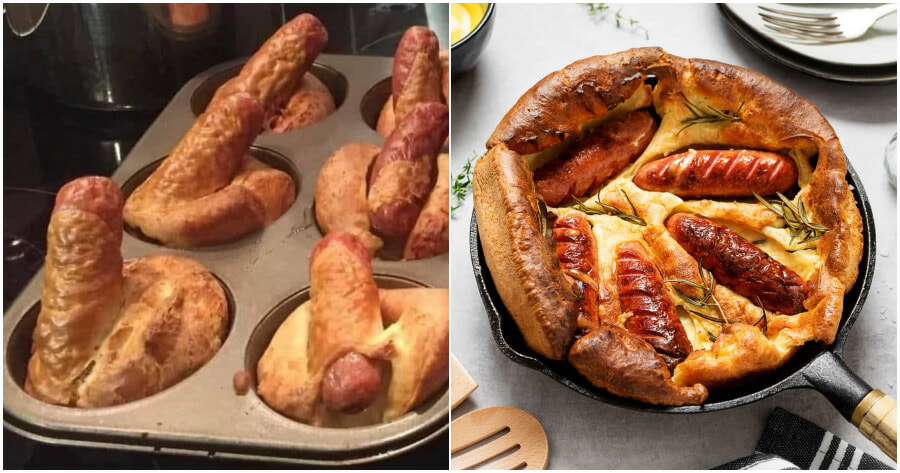 First it was bubble milk tea bags and now it is Yorkshire puddings. At this point we are not even surprised anymore- people just seem to love seeing phallic structures in their foods.

We are not complaining- as long as it gives everyone a good time!

A few days ago, photos of cheeky looking pastries with sausages wedged in the middles surfaced on the Internet. 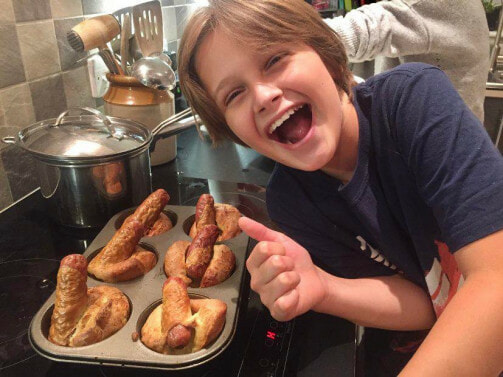 Apparently, the suggestive looking pastries are the creation of a young boy. Kids do the darnest thing, don’t they?

In the photo shared on Facebook page, Sedap Tau, the boy can be seen holding up a thumbs up next to his baked goodies as he grinned from eye to eye.

A common British side dish, Yorkshire puddings can be made and served in numerous ways. When sausages are added, it is called ‘toad in the hole’, which basically means batter-pudding with a hole in the middle containing meat. 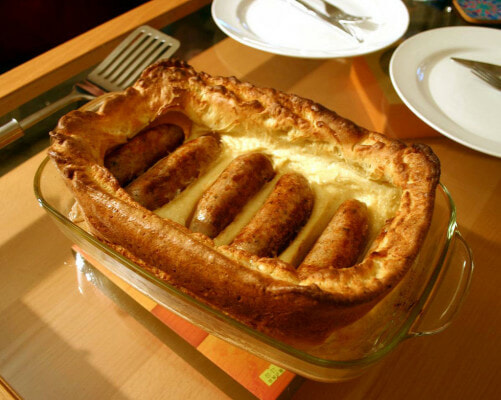 Looks like these sausages have other holes to be in! 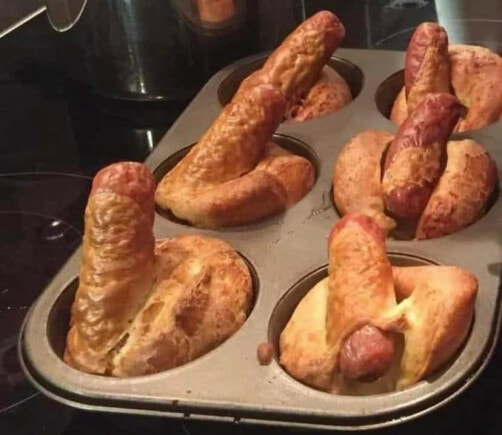 While the exterior of the pudding looks a bit dry, we are sure that the sausage and pudding combination is juicy and loaded with flavours.

Have you ever made anything and purposely shaped it to look like the male genital? Don’t be shy, tell us about it in the comments- or better yet, share some photos!

Also read: “Do you need to cut the head?” – Netizens are Excited Over This Phallic Shaped Thai Milk Tea Packets 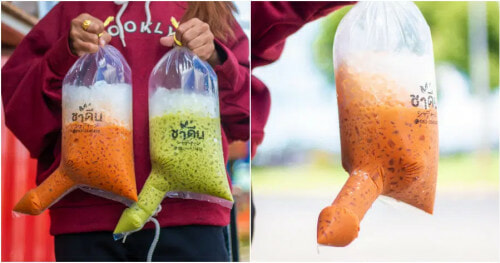