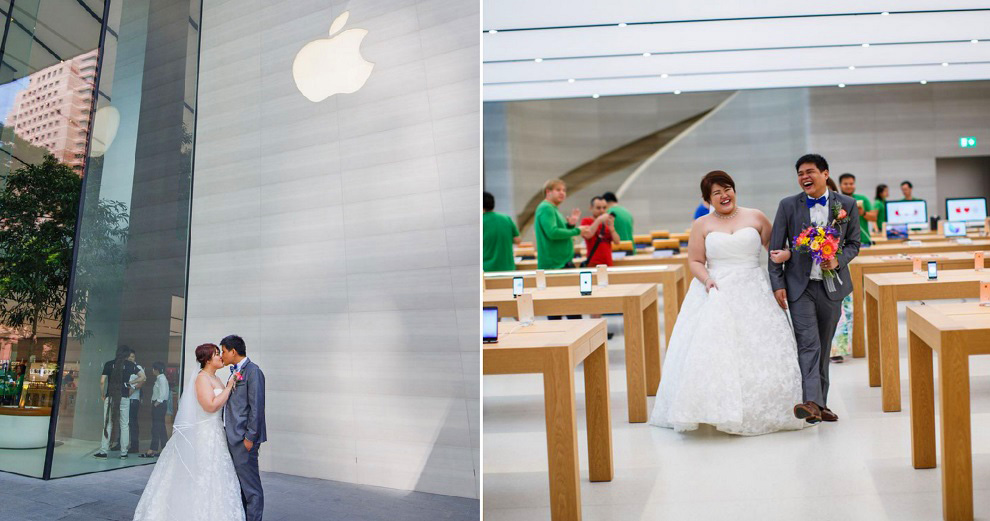 This is just too adorable!

In a report by Mashable, two Singaporean newlyweds decided to commemorate their wedding earlier this month by taking their wedding photos in Orchard Road’s Apple Store! 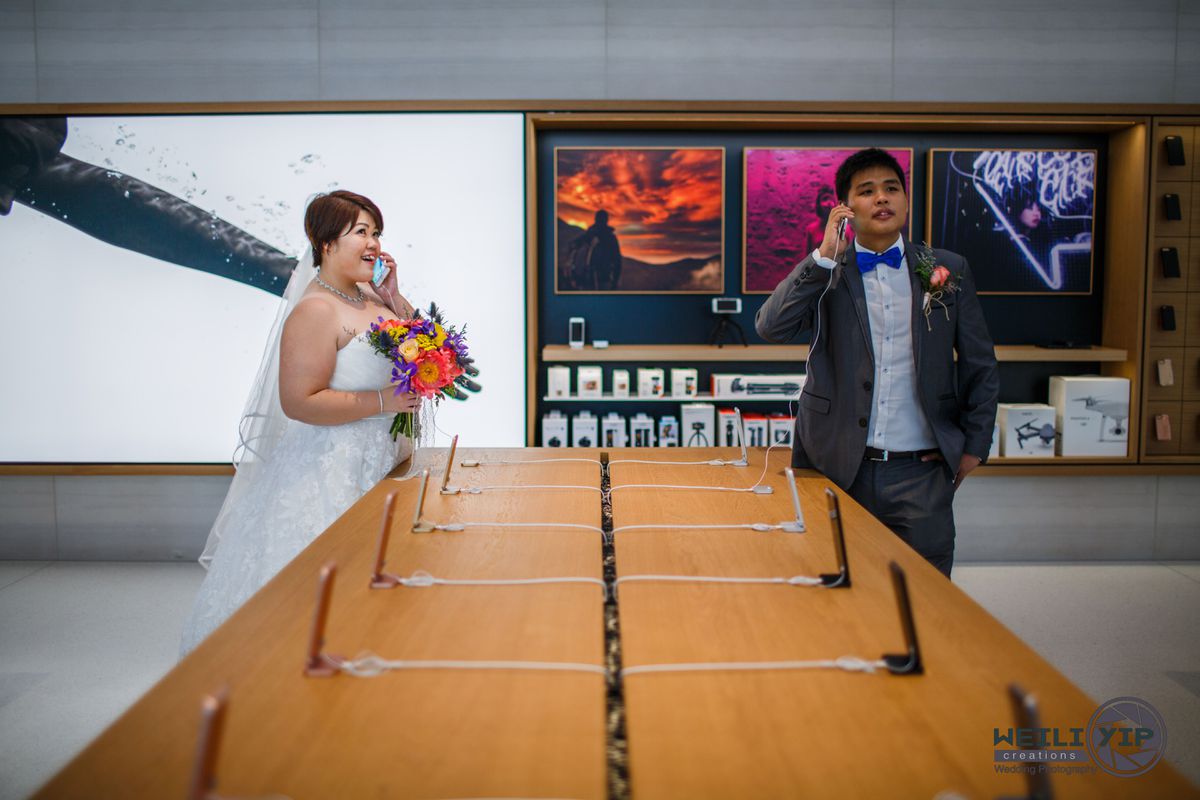 The groom, Jermyn Wee, is an avid fan of Apple products, according to his bride, Chia Suat Huang.

Although he is usually camera-shy, he was delighted at the idea of shooting their wedding photos at the highly-popular store.

The newlyweds decided to throw caution to the wind when they spontaneously decided to walk into the store 30 minutes before it opened. 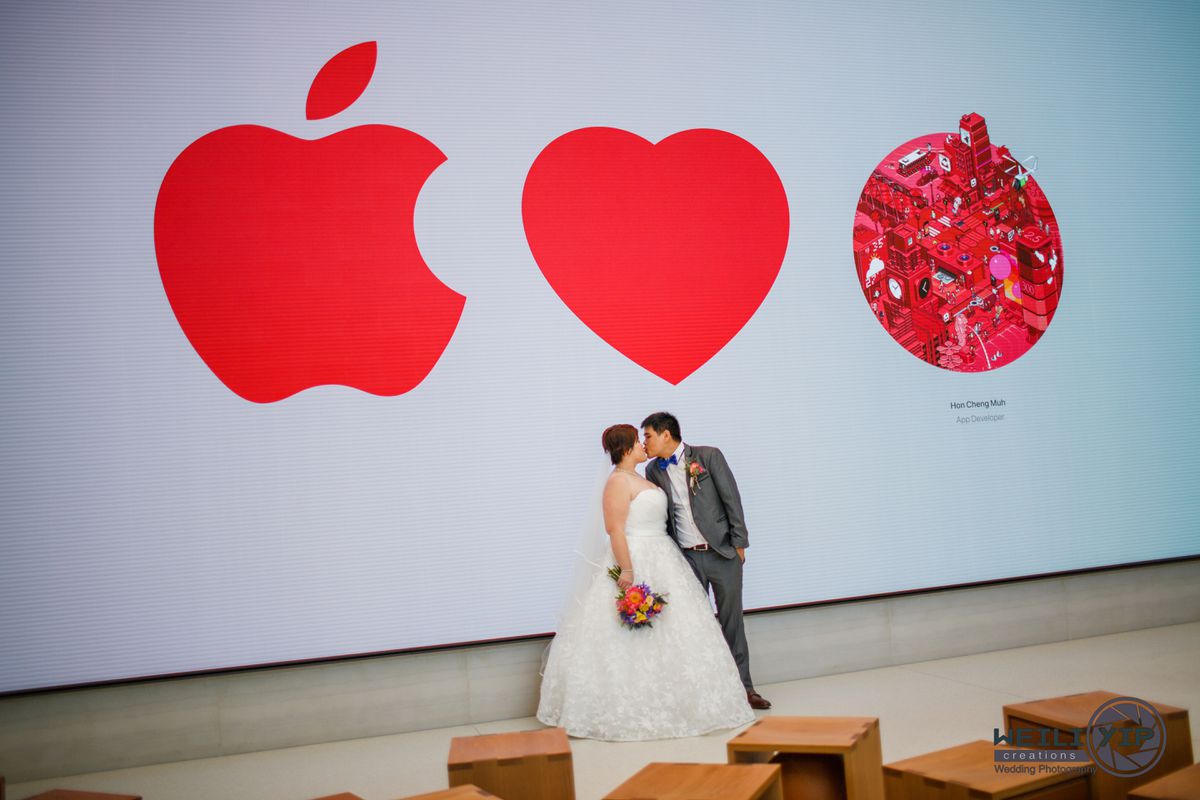 The bridesmaids and groomsmen apparently pleaded with the store manager to let them have their wedding shoot there, which later proved to be successful.

“They decided to let us in 10 minutes before opening,” said the bride. 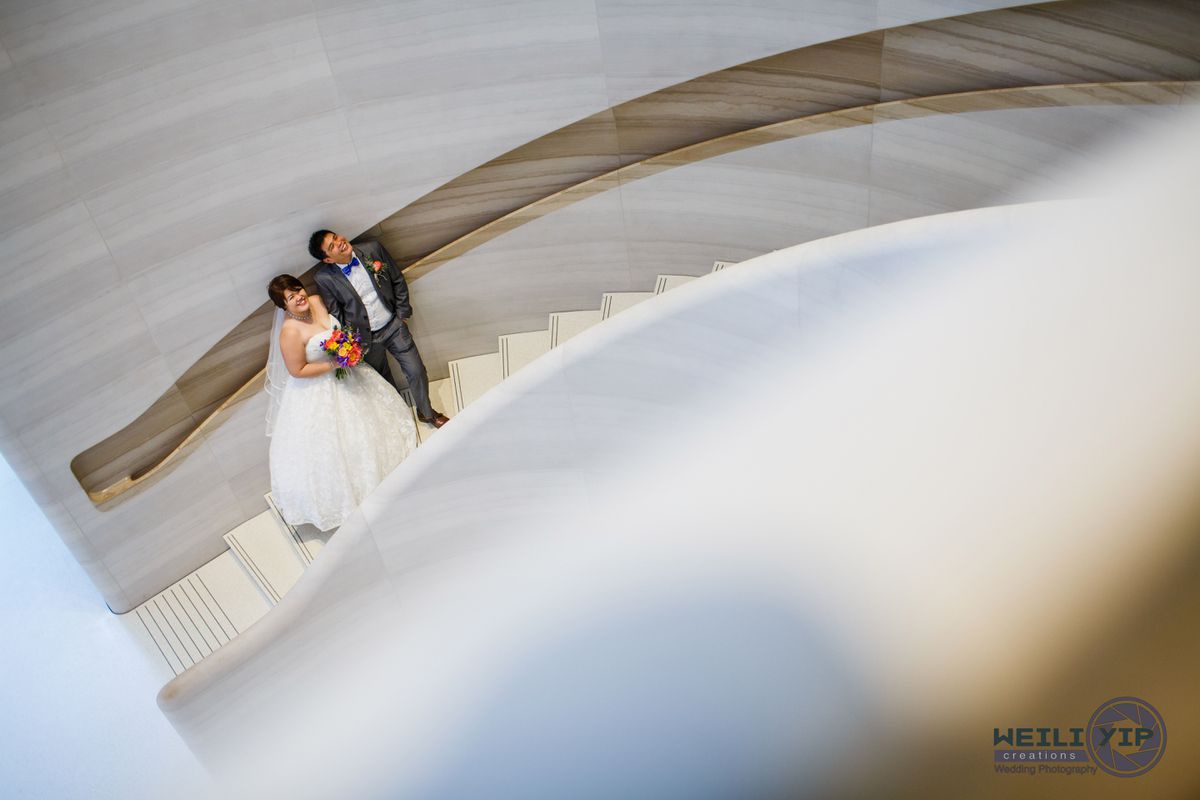 As soon as the store opened, the adorable couple decided to walk down the ‘aisle’ between rows of tables displaying various Apple products, while customers and staff cheered. Chia said,

“[People] were mainly curious and we heard a few congratulations along the way.”

“They started clapping when we walked down the ‘aisle’.” 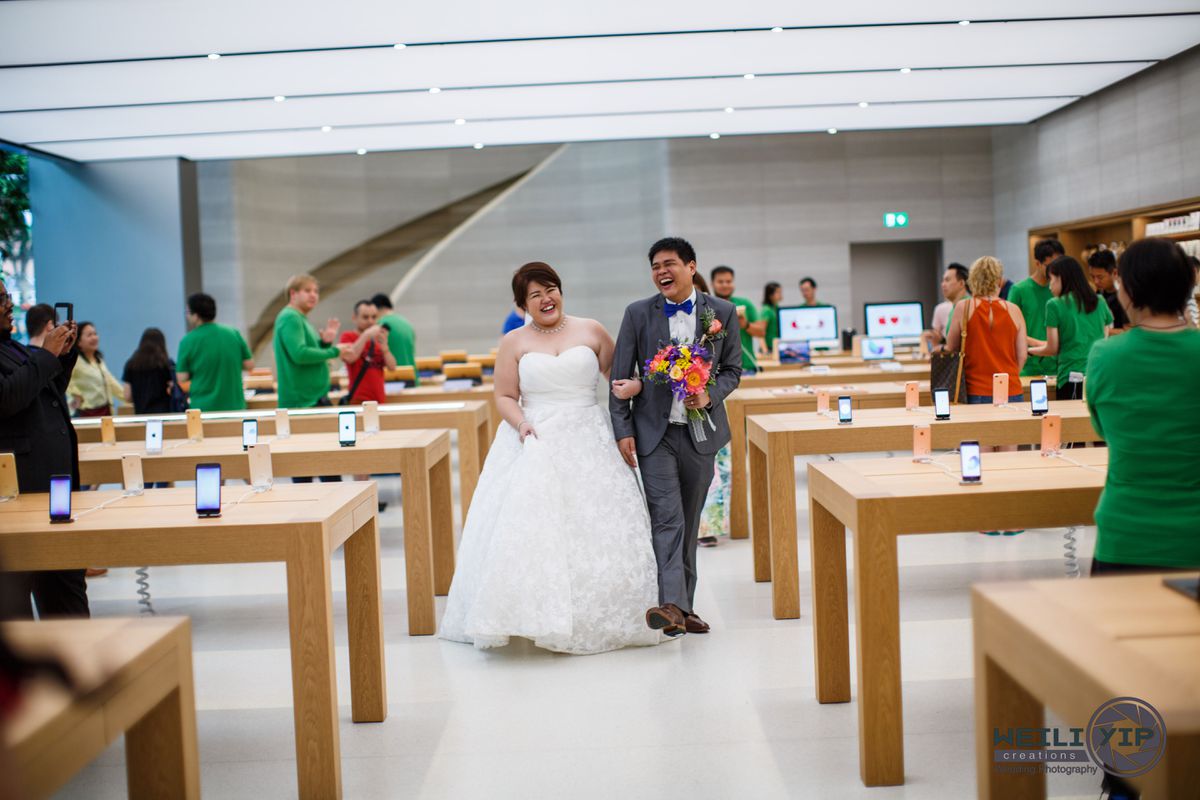 Singapore recently opened Southeast Asia’s very first Apple Store in Orchard Road just last month, and it was met with huge crowds queuing up to check it out.

Many were taken aback by the store’s impressive and spacious design, too! 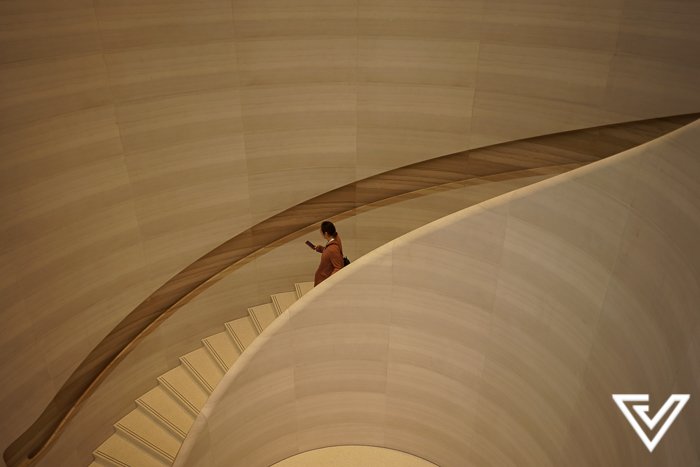 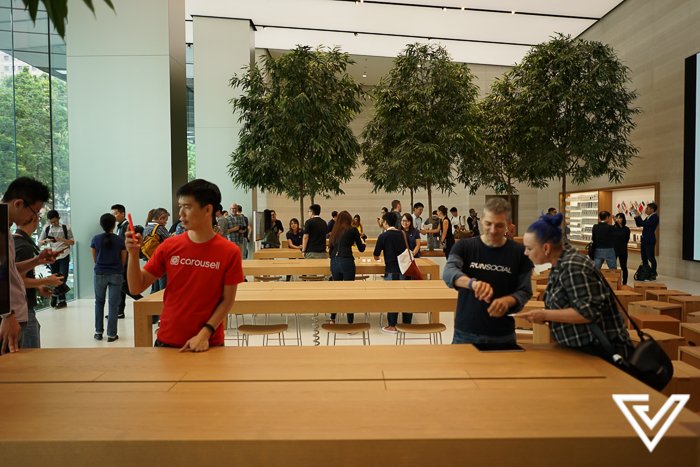 We wish Jermyn and Chia a happy wedded life and hope they got loads of Apple products for their wedding gifts! 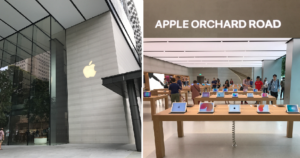