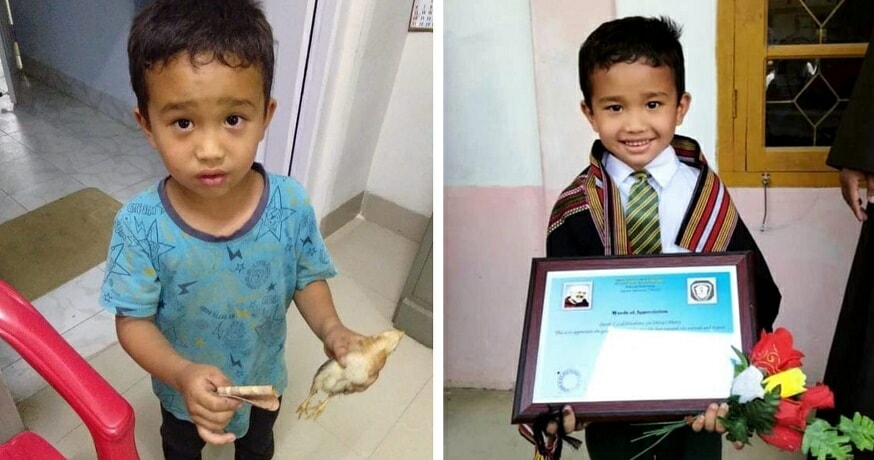 Aww, this is so cute!

According to AsiaOne, a tearful 6-year-old boy was found at a hospital when he rushed to bring a dead chick there after accidentally running over it with his bicycle.

The young boy named Derek C Lalchhanhima from Sairang, India went viral on social media after a photo of him holding a dead chick in one hand and a 10-rupee note (approximately RM0.50) in another surfaced on Facebook.

As per Reports: This young boy from Sairang, Mizoram, accidentally ran over his neighbour's chicken. He took the…

“This young boy from Sairang, Mizoram, accidentally ran over his neighbour’s chicken. He took the chicken, ran to a nearby hospital with all the money he had, and asked for help,” the Facebook post reads.

The boy’s father, Dhiraj Chhetri, said that the child came home holding the neighbour’s chick and requested his parents to take it to the hospital. When Chhetri told the little one to go alone, he immediately left his home with the dead chick and some money.

He then returned home feeling disappointed, saying that the doctors in the hospital did not help but took a photo of him.

The little boy promised to help the lifeless chick by returning to the hospital to seek assistance. However, his parents explained to him that the chick was dead and could no longer be helped.

“He has always been a rather unique kid,” acknowledged his father about Derek’s act of compassion.

I guess by now you all know who this adorable kid is.Derek C Lalchhanhima (age 6) is being honoured by his school and…

Meanwhile, another post about Derek surfaced on Thursday (April 4), showing a photo of the little boy smiling gracefully while holding a certificate. In the photo, the young boy was reportedly being awarded by his school for his kind act, as reported in The New Indian Express.

What a kind-hearted child! We hope that Derek continues spreading kindness as he grows up!

Also read: Mother Gives 7yo Daughter RM15 to Buy Books, She Ends Up Buying 2 Plates of Chicken Chop Instead 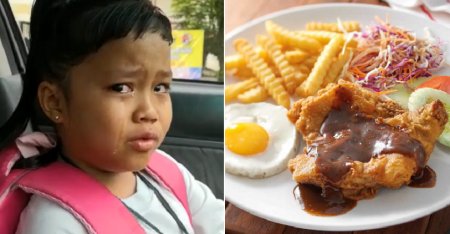