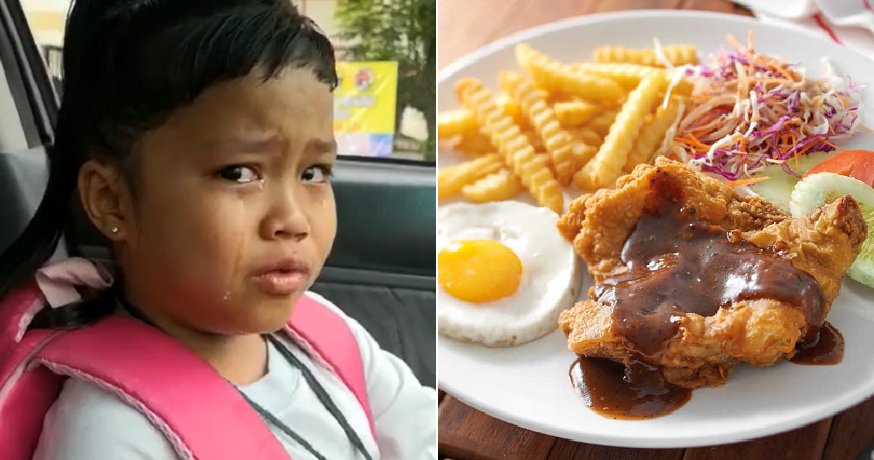 This is seriously too cute!

In a viral video that has garnered over 2,800 shares on Facebook, a girl can be seen crying after being confronted by her mother. It was later revealed that the mother had given her daughter RM15 to buy books, but instead, she used the money to buy two plates of chicken chop, one plate of noodles and one ice cream.

According to Viral News, the girl in the video is named Nur Amira Amani. The 7-year-old is a Standard One student and is the youngest out of three children.

In the video, Amira can be seen sobbing as her mother asks her what did she use the RM15 for. After she revealed the list of food she bought, she said,

“It was just too tasty!” 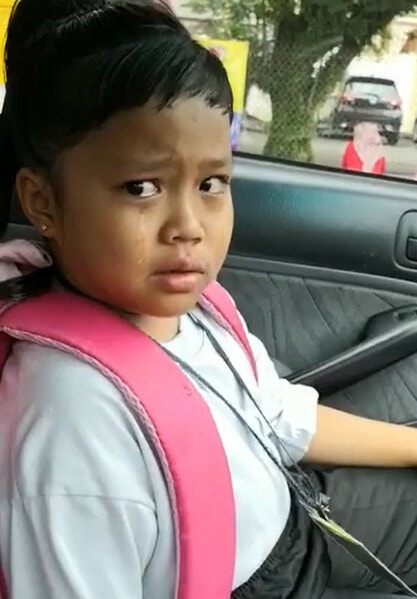 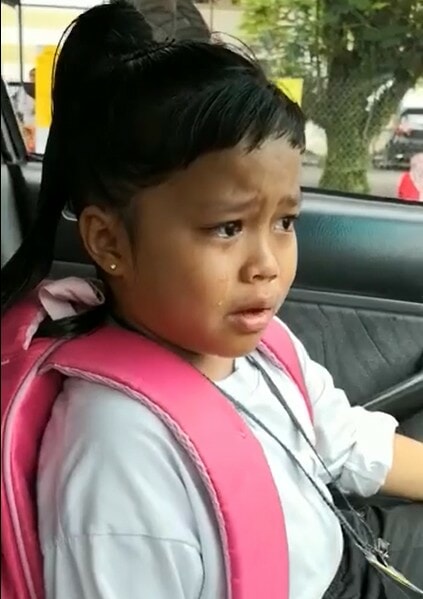 “Amira is the funny type and is often the entertainer in our family.”

“The day before, she asked for money to buy colouring books. However, when she came back from school, she did not have any with her.”

“That’s why my wife recorded herself when she asked Amira about the books.”

“This kind of video isn’t meant to humiliate her or bully her. It’s just the nature of our family to always joke around like this.” 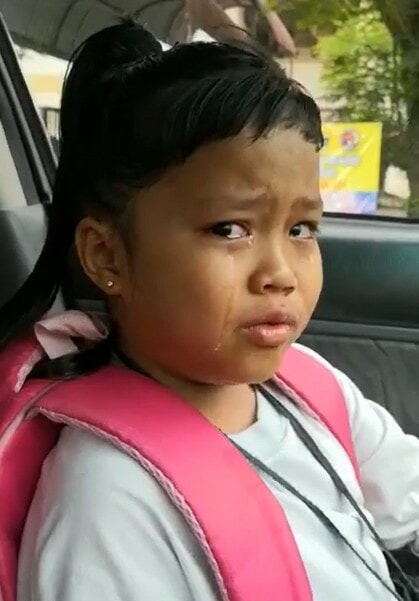 Well, I guess the little girl must have really loved the chicken chop to spend all of her money on it. Do you guys have any cute encounters with kids like this? Let us know in the comments section below. 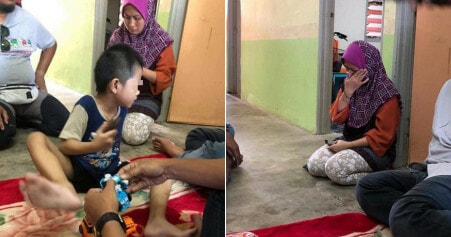