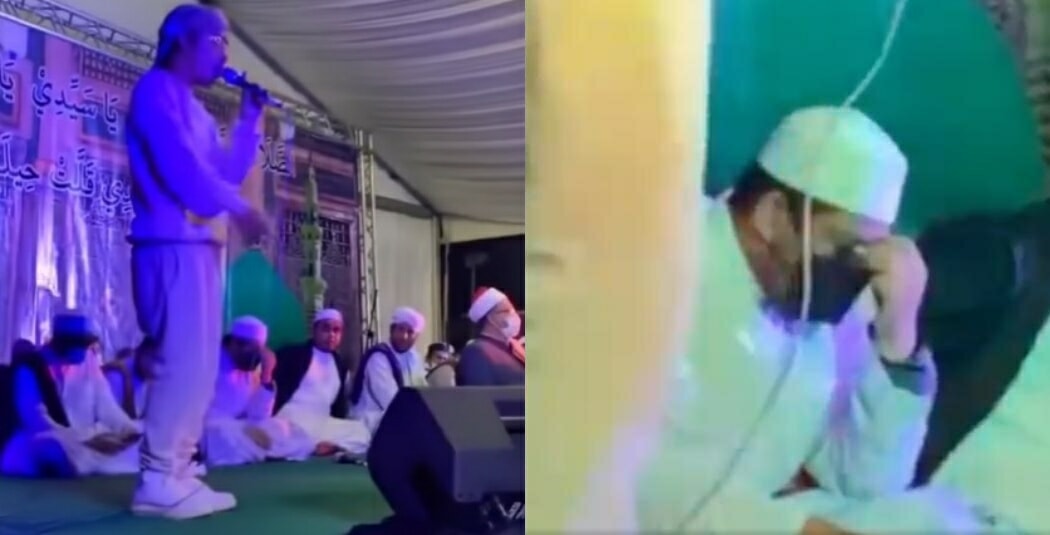 A video of a Negeri Sembilan rapper, Waris, spitting bars at a religious assembly made its way onto social media, to mix responses from netizens.

Sparking a debate on social media, the video, which saw the rapper performing during a religious assembly with many shaking their heads in disapproval, garnered over 50,000 views and thousands of comments.

Here is a video of the ‘incident’.

Hilariously, the video began with the image of an attendee showcasing his disapproval while others simply went speechless.

Honestly, the rapping was good, but it was a tad bit inappropriate for such an event.

Commenting on the video, many commented that it should have been a nasyid performance instead – befitting the theme of the event.

“Organisers should have been more careful. This should not have happened during a knowledge sharing event.”

Another spoke of the attendees’ reaction during the act.

“One ustaz gave the performer the stink eye. The performance was totally inappropriate”

So far, organisers of the event have not commented on the uproar they have caused during the ceremony.