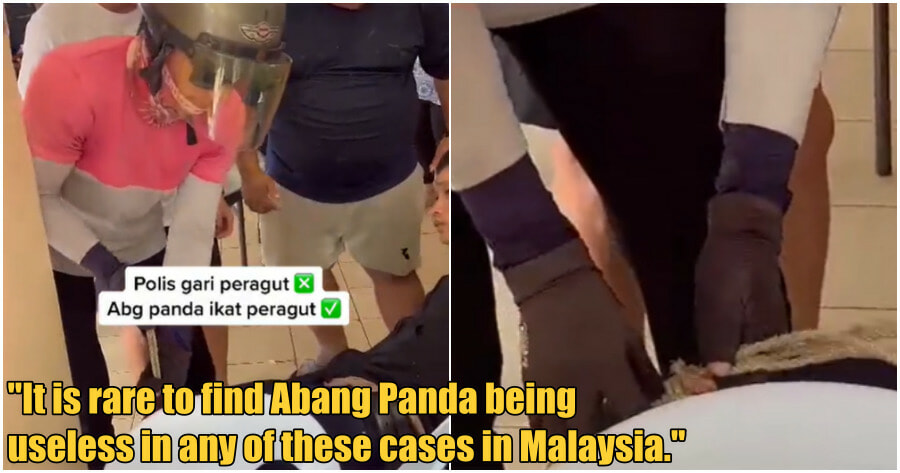 We are able to fix our midnight cravings and send thoughtful food packages to friends thanks to delivery riders who work long hours.

However, due to their always being on the road, food delivery riders have often emerged as crime-busting heroes when they go beyond their job scope to help out those in trouble.

Recently, a FoodPanda delivery rider in Miri, Sarawak, Irwin Lee, caught the attention of netizens when a TikTok video of him posted by bro.salah went viral. 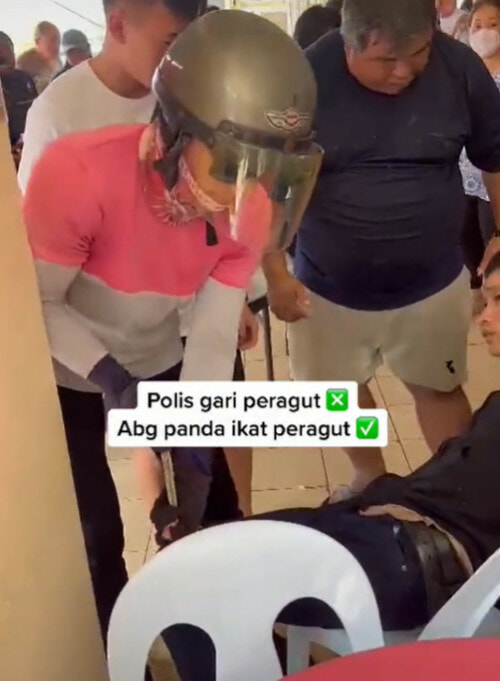 Still in full uniform, Irwin was tying up a snatch thief’s legs as others who helped catch him stood watch.

“I noticed that the thief kept trying to escape every chance he got. So, I got the idea to tie him up using a rope,” Irwin said to WORLD OF BUZZ.

Earlier, he first caught wind of the incident when he heard someone asking for help while he was riding his motorcycle.

He rushed to the person’s aid as he was chasing someone believed to be the snatch thief. 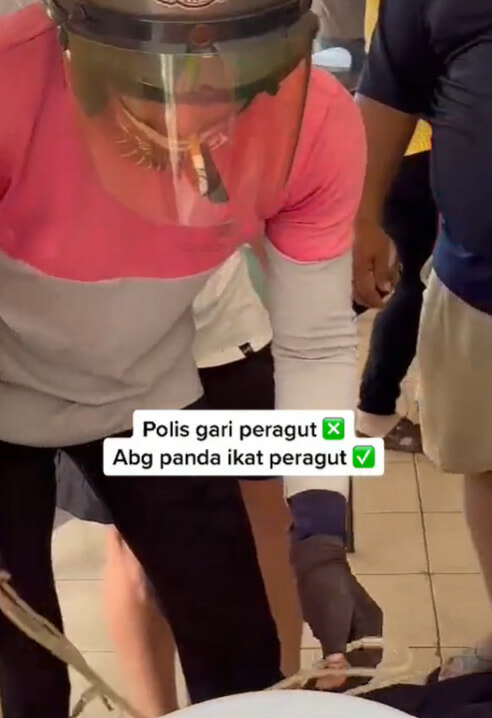 Without wasting any time, he also gave chase to the suspect and eventually caught him with the help of other passersby. They brought him to the nearest shop before the police arrived.

“I was shocked and just felt like I needed to catch that thief,” said Irwin, who added that he felt happy that he was able to help.

Irwin started working as a food delivery rider in early 2020 after failing to find other jobs. He is content with this job as he gets to earn his keep.

In the comments, netizens praise and make jokes about Irwin.

“Abang Panda’s ambition was to be a police but he never got to do it.”

“It is rare to find Abang Panda being useless in any of these cases in Malaysia.”

“Wow, with his cigarette. STEADY LAH.”

Meanwhile, a number of netizens were also amused at the uncle in the video who was lecturing the snatch thief. He scolded the snatch thief, “You have your hands and legs. Work lah.“

“He got lectured before he even went to jail.”

“Good on the uncle for giving him advice.”

Good job Irwin! We are thankful to have brave people like you in our society.

Also read: Disabled Foodpanda Deliveryman Urges Others Like Him To Find Work 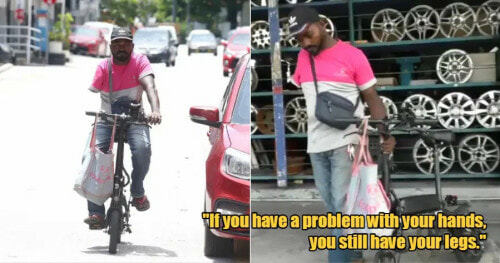