Well, this is a rather embarrassing situation! This couple who has the hots for each other probably could not wait to get back home and decided to cool their ardour in their car instead. You know what we mean!

According to Detik News, the antics of the passionate couple was discovered after the car they were in was rocking too much and caught the attention of passersby. The incident happened in Indonesia, where the couple’s Toyota Fortuner was parked in a parking lot at a restaurant in Tukangkayu, Banyuwangi on Tuesday (July 17) around 2.30pm.

The couple was there with a friend and they even had the time to order some food before deciding that they needed to go back to the car for some sexy time. They went back to the SUV and started getting hot and heavy, which caused the car to rock back and forth.

This aroused the suspicions of other customers at the restaurant and they decided to investigate. They went to the car and to their surprise, when they looked inside they found the lovebirds in the throes of passion. Awkward.

A witness identified as Sony said, “The couple was inside and their bottom half was naked. They were asked to come out of the car and we asked them to take out their identity card. The woman said that she did not bring hers while the guy was identified as MAH.”

Situbondo Times reported that the couple already had sexual relations before this encounter and had not met each other for a week. Before this, they had a lover’s tiff in the car, so this looks like it might just be their attempt at making up! The police were notified and the lovebirds were taken to the police station for further investigation.

Don’t attempt this in your car, everyone! It will make a very awkward scene and not to mention illegal too if you’re caught!

Also read: Landlady Offers Free Rent for One Year if Tenant Spends One Night With Her 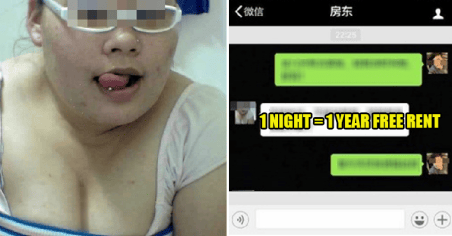