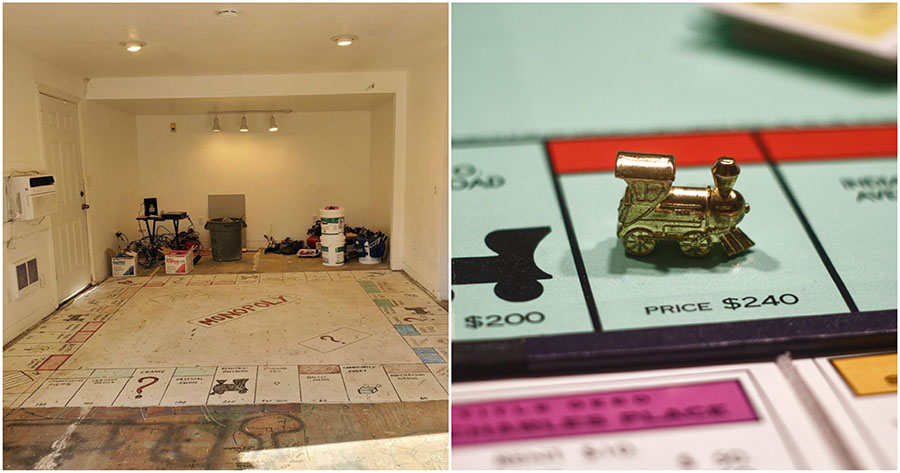 Ever dreamed of having a life-size board game in your own house?

This American couple had that dream made into a reality after discovering that they had a full life-size hand painted Monopoly board beneath the carpet of their own house! The couple’s son-in-law uploaded an image of the board on Reddit, explaining, “While tearing up their carpet, my in-laws found a giant Monopoly board.” 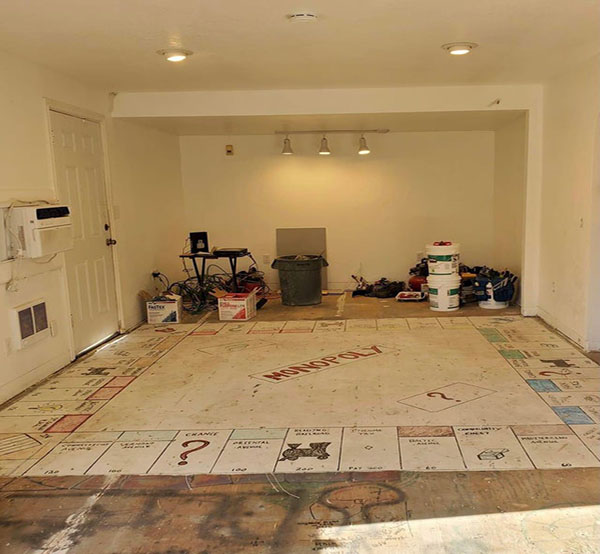 The board includes a display of all the properties from the original US version of Monopoly, including features such as the Community Chest, Chance, and even Jail squares. The painting is believed to have been the doing of the previous owner.

A few Reddit users said they had seen something similar before as giant games were a big hit back in the day. 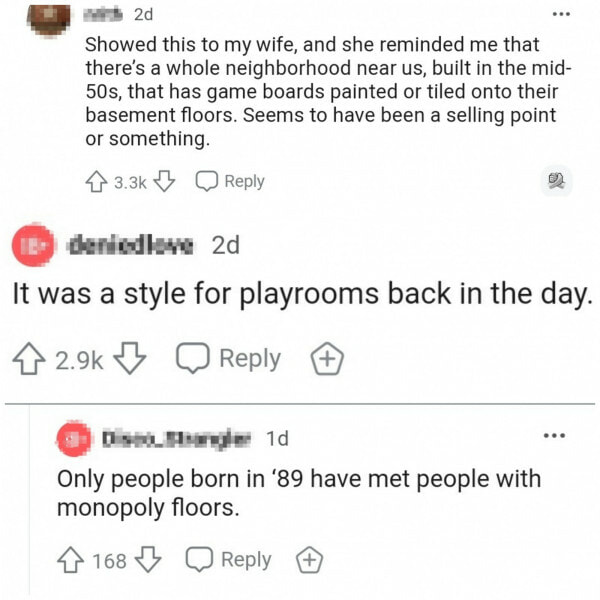 Another user commented saying, ‘It was a style for playrooms back in the day.’

‘Showed this to my wife, and she reminded me that there’s a whole neighbourhood near us, built in the mid-50s, that has game boards painted or tiled onto their basement floors,” a user added.

This is bound to make family game nights much more fun! Would you guys consider getting a life-size board game for your house? Let us know in the comments.