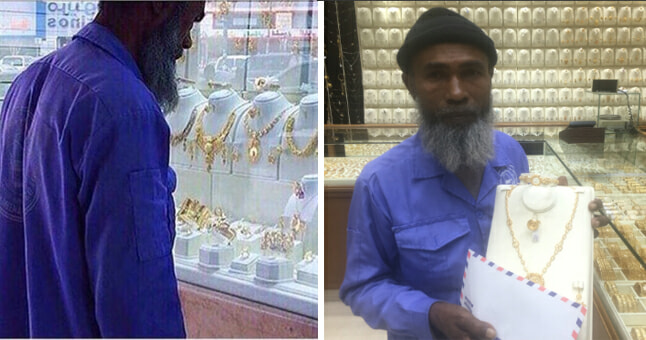 In life, you have to work hard to get what you want because there’s no such thing as free lunch. Well, most of the time.

However, Nazer al-Islam Abdul Karim, a 65-year-old cleaner in Saudi Arabia received the highest form of serendipity when he was showered with gifts from public after he was publicly humiliated from staring at gold necklaces at a jewellery shop.

According to Metro, an online troll took a picture of Karim while he was staring immensely through a window outside a jewellery shop. The picture was then uploaded on social media with a mean caption

This man only deserves to look at rubbish.

“I saw a flash. I didn’t know what this was. Then I heard that my photo was in the media,” said Karim. 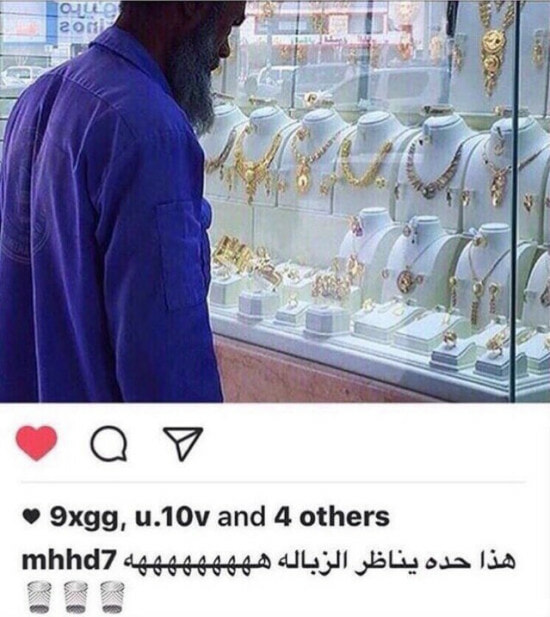 This mean caption has triggered an uproar among netizens, which then banded together to pour in their support for Karim by donating to him in the form of rice, honey, gold set, iPhone, Samsung Galaxy, and even cash.

“I was just doing my job as a cleaner in the municipality and found myself in front of the gold shop. I am very happy about the gifts and very thankful,” said Karim.

Abdullah al Qahtani who is a humanitarian and also the owner of the Twitter account Ensaiyat started a campaign to find Karim, according to CNN. Many netizens were asking a way to get in touch with him after al Qahtani posted a picture of Karim on twitter. 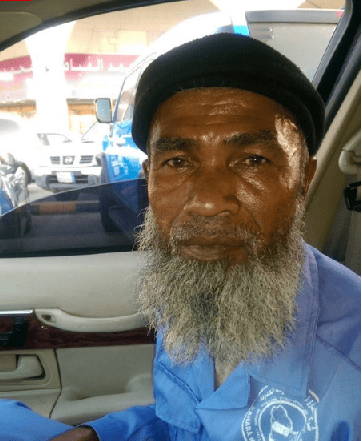 “I received tons of phone calls and messages in response to my tweet. Some were really helpful, while others were claiming that they were the cleaner,” al Qahtani said. I could imagine how touched the cleaner was.

In just 3 hours, the tweet was shared for more than 6,000 times by netizens, and Karim was eventually located. A big thanks go to the twitter users who identified the location of Karim based on the reflection displayed on the glass window. 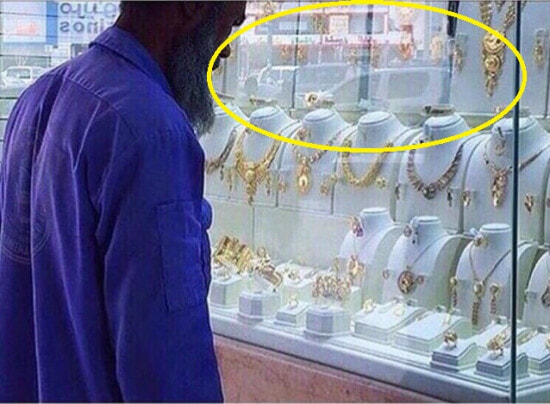 Turki al-Dajam who is an executive at a Saudi Sports Channel also posted a picture on his Twitter account showing Karim choosing a gold set in a jewellery shop. 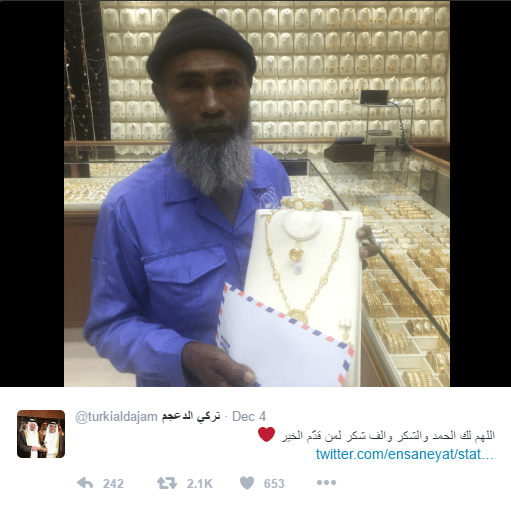 Al Qahtani said that it was heart-warming to see the amount of solidarity displayed by the people of Saudi Arabia through this incident. I guess his faith in humanity has been restored.

Now, if only someone would be so kind to help out with my dilemma, as I’ve been staring at this iPhone for a while…