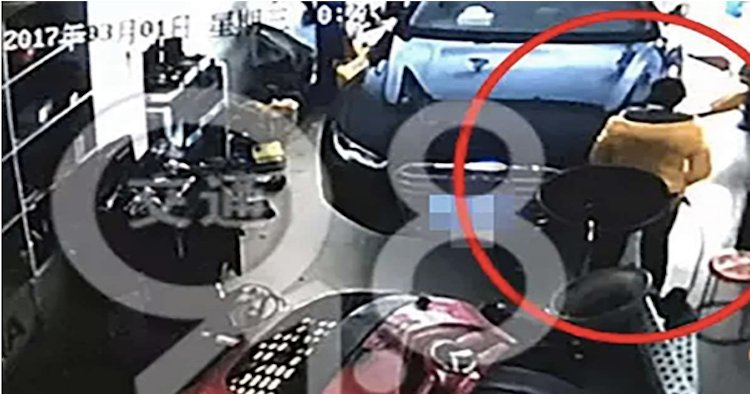 Right after delivering her baby, the woman left her child at the garage and wandered away from the premises.

The baby was found by a garage employee named Xiao Song, at around 8am on Saturday (11th March). He said,

“When I saw the boy, his lips were already purplish. He was not crying but I got worried after seeing blood on the ground. I knew it was a newborn… but I have never seen a baby this tiny before.”

As soon as the baby was found, Xiao Song and another worker wrapped the baby in a blanket and called an ambulance.

Stumped as to how a newborn baby could have ended up in a garage, the employees reviewed security camera footage and found a pregnant woman squatting among spare car parts and removing her pants. 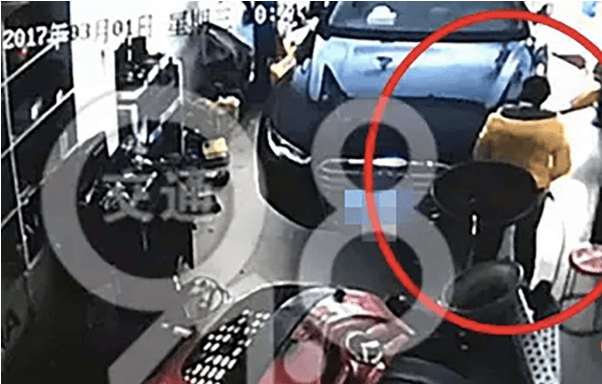 Within 30 seconds, she stood back up, put her pants on and walked away as if nothing out of the ordinary had happened. The woman left behind a bag, which included an identity card and a wallet.

Fortunately, the baby is currently in the hospital and is completely healthy apart from a slight cold. 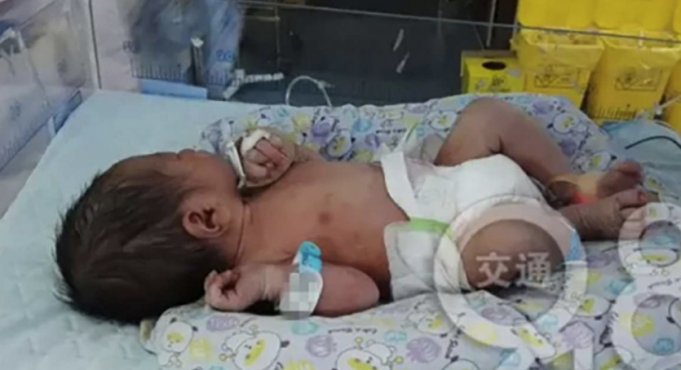 According to Hangzhou police, the baby’s mother actually came back to take her baby. She said she delivered and left her baby in the garage because she didn’t know what else to do. By the time she returned to the garage, she was shocked to find her baby missing.

Chinese authorities have decided not to treat this as a child abandonment case, since the mother returned to claim her baby.

Also read: 2 Toddlers Fall To Their Death In Mall After Chinese Parents Lost Grip While Carrying Them 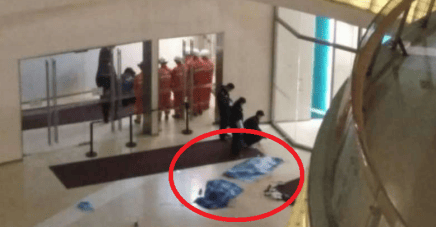