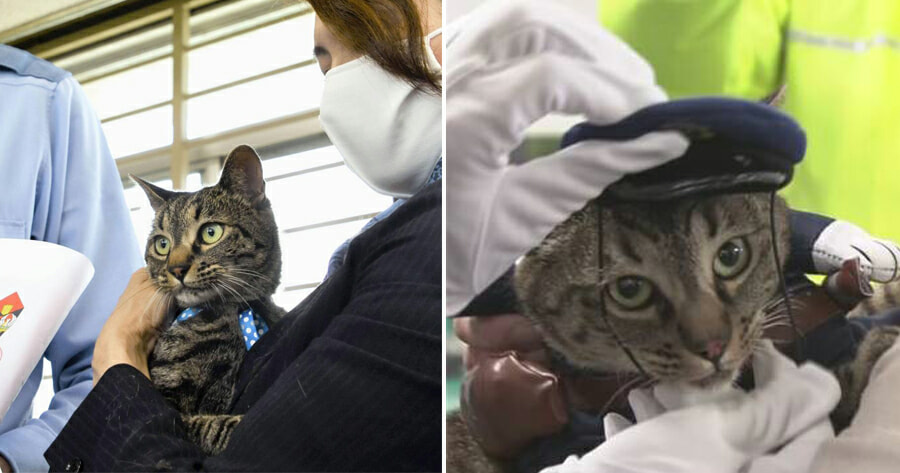 A cat in Toyoma City, Japan was made police chief for a day on 13 April, after she helped rescue an elderly man who had fallen into a ditch. 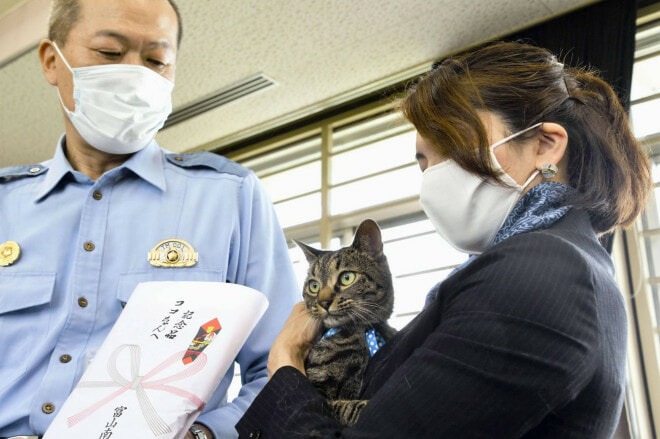 According to Japan Times, the incident happened on 16 June 2020 when the cat named Koko-chan, alerted a passer-by after she found an elderly man lying in a 60-centimeter-wide and 40-cm-deep canal, with water that was about 15-cm-deep.

The passer-by called her daughter and was soon joined by Koko-chan’s owner and her two sons. The five of them then managed to lift the elderly man out of the ditch. He had sustained only minor injuries on his skin.

The Toyama Minami Police Station honored the five neighbors with certificates of commendation on 20 June 2020, while Koko was presented with cat food for her effort. 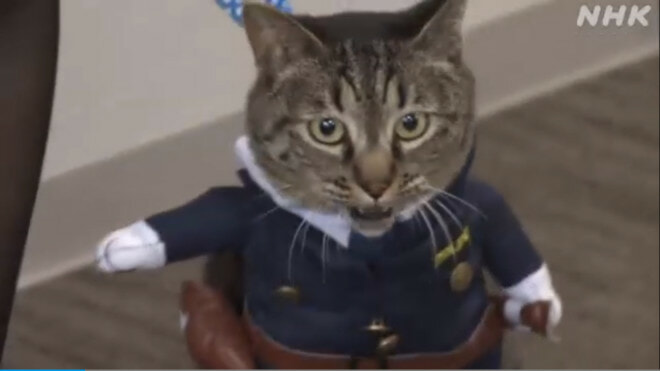 About a year later, an award ceremony was held by the police for Koko-chan, who was presented with a certificate that declared his commitment to protecting the safety of his neighbourhood, reported NHK.

As police chief for the day, Koko-chan visited the local Kumano Elementary School where a traffic safety class was held for the children.

She witnessed safety rules like looking left and right before crossing the road, and holding up one’s hand while crossing as an indication to oncoming drivers. 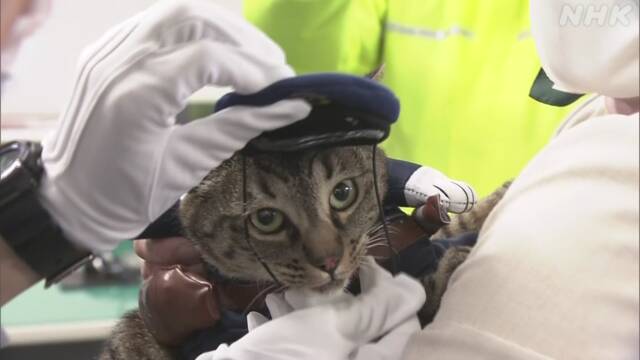 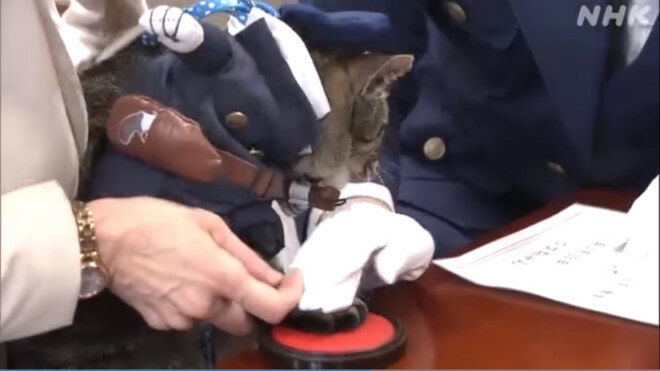 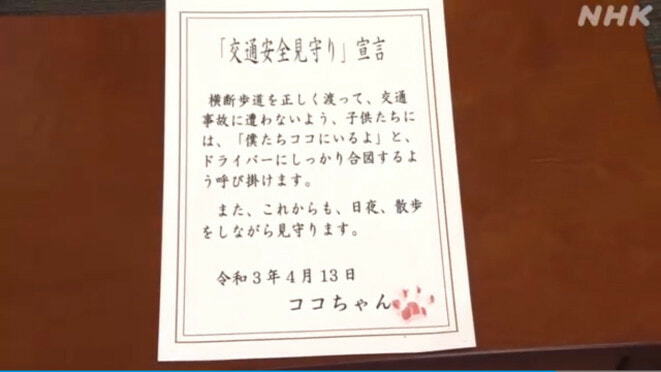 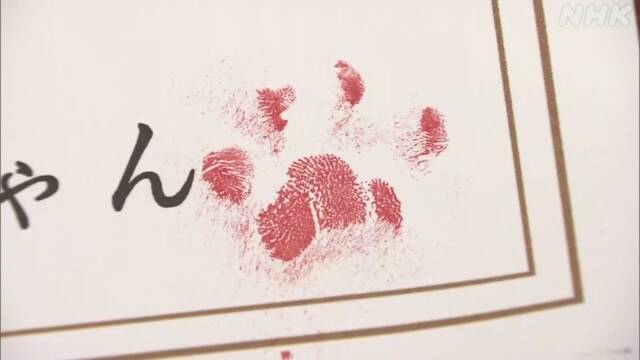 “I want children to be careful of traffic accidents and ditches while walking along them,” Koko-chan’s owner said.

“Koko seemed nervous, and he often goes out of the house when the children go to school. If something goes wrong, I’d like Koko to alert me again.”

Cats can be our best fur-end too!

Also read: Dra-catto Is That You? This Rescue Cat Goes Viral For His Vampire-Like Fangs 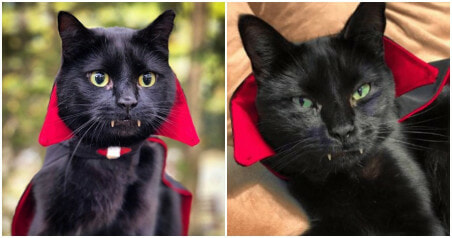