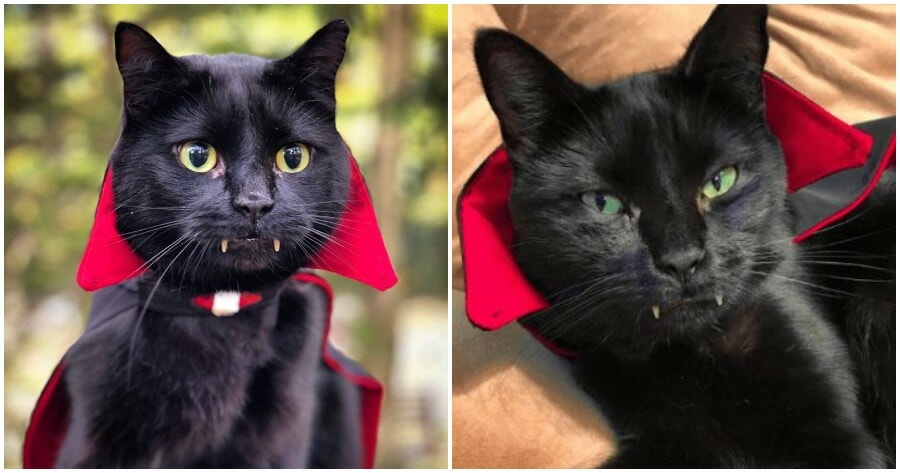 Remember that phase some of us had back in the day when vampire boyfriends were a THING? The fact that this cat might just be a vampire makes him even more tantalising, maybe it’s Damon Salvatore in the form of a cat?

Whatever the case may be, we can all agree that no other domesticated cat has the rep that black cats have. Especially when they come with a pair of fangs longer than usual. 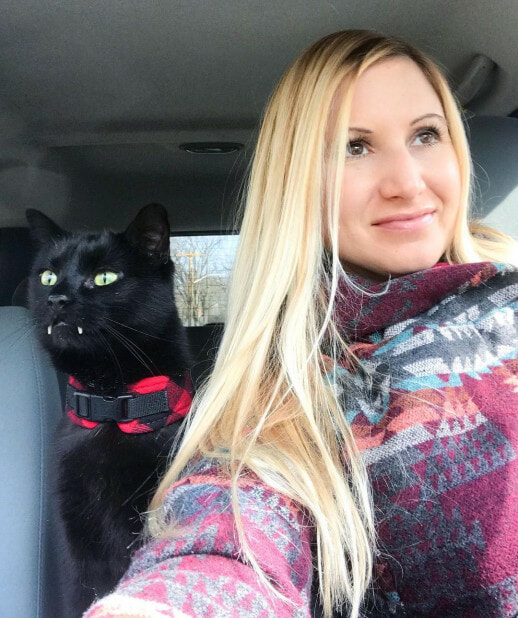 This unique cat was originally given the name Monkey because of its wild origins but later shortened to Monk instead.  Several years ago, Monk was discovered by Nicole Rienzie while she was driving, when a black kitten darted in front of her car. She pressed the brakes just in time and got out to check on the little guy. Despite not getting hit, Nicole was startled to see how the poor kitten was in rough shape. 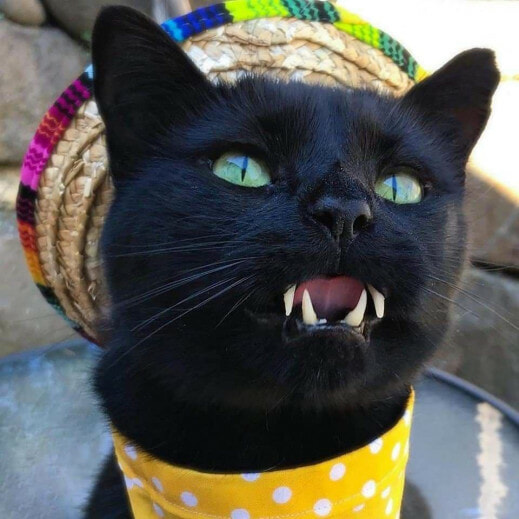 At that time Monk was very thin, malnourished, and covered in bugs with a nasty eye infection that impaired his vision. Ready to help, Nicole got the kitten the care he needed. According to iizcat.com, her original plan was to find someone to adopt the cat, but that didn’t last long.

She felt connected to the homeless kitten and decided that she and Monk belonged together. She named him Monkey, and despite hurtful stereotypes, she learned black cats are anything but bad luck. Monkey is silly and sweet, and she formed a great bond with the adorable catto.

As Monkey grew, so did his teeth. His canine teeth grew much longer than any cat Nicole had seen before. Slightly concerned, she took her pet to a vet and was relieved to hear that Monkey was completely healthy. 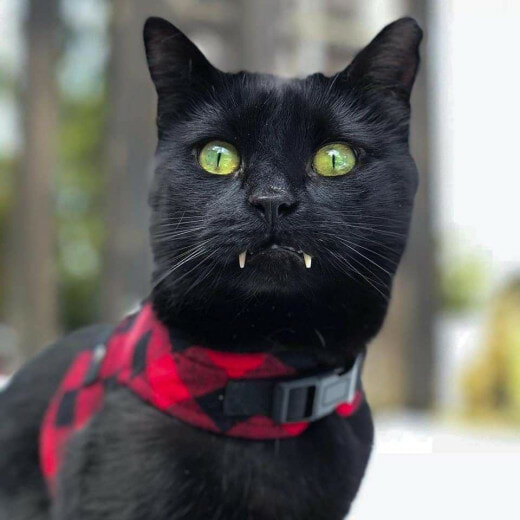 Paired with his super cool jet black fur, Monk became an internet sensation. The special-looking feline made waves on their social media account @monkandbean which is used to advocate underappreciated black cats. Check them out to see what Monk’s been up to these days!

Love cats? What do you think of this story? Tell us in the comments! 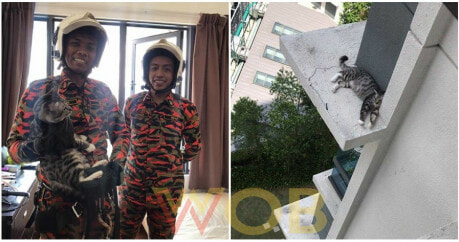