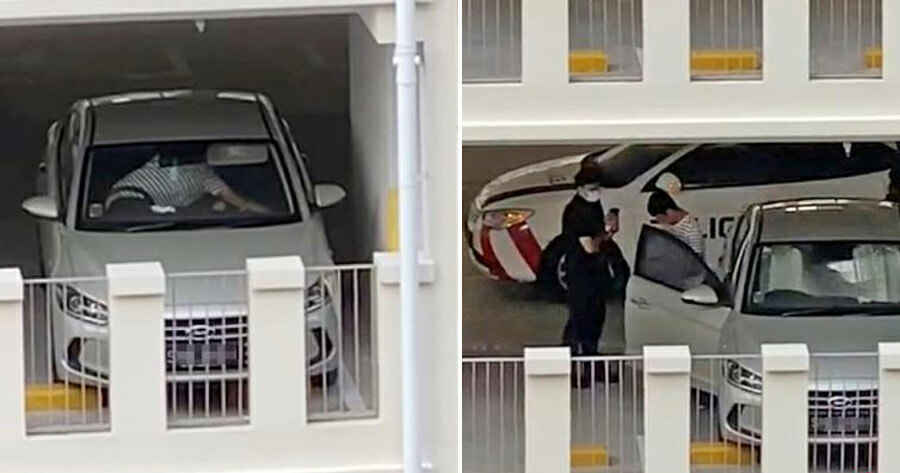 When you see a car shaking but not moving, it usually means just one thing. Apparently, a car with two people inside was “shaking violently” as seen in some videos that have been circulating on several Facebook pages.

Police were called to the scene at a multi-level storey carpark in Singapore which seemed to be empty at the time. One of the videos show the man taking off his shirt and moving towards the passenger seat. Another person was also reportedly in the vehicle.

According to Lianhe Zaobao, the scene was said to have been recorded by residents in the opposite block before one of them called the police. The man, who put his shirt back on, can be seen handing over his documents to the police.

A lawyer told Lianhe Zaobao that in addition to the two individuals in the car, the person filming the scene also violated the law for filming indecent or obscene videos.

Whether for exhibition or publication purposes, first-time offenders who make indecent videos may face a fine not exceeding $40,000 (RM121,404) or imprisonment for up to two years or both.

Appearing naked in public view is also an offence in Singapore, which is punishable with a fine of up to $2,000 (RM6,072) or imprisonment for up to three months or both.

Also read: Indonesian Bride Goes Hysterical After Ex-Boyfriend Shows Up At Wedding To Congratulate The Couple 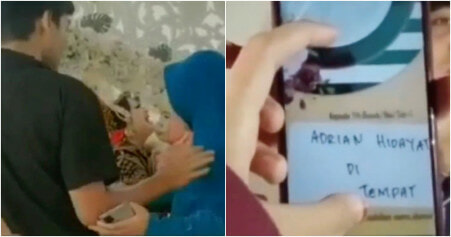